If you own a Dreamcast, and you're reading this to find out if NHL 2K is worth your hard-earned dollars, the answer is yes.

NHL 2K had so many expectations to live up to. It had to stand up to the high standards set by its NFL 2K and NBA 2K counterparts. And it had to be better than EA's NHL series, a series EA Sports has had years to finesse. How do you even begin to make a hockey game that can fill these tall orders? You get a talented developer like Blackbox, and tell them that you want it ready right around the time the all-star game rolls around.

Many things have been said about NHL 2K, and perhaps everyone's expectations were too high. Sure, NHL 2K doesn't offer quite as extensive a create-a-player mode as its 2K cousins, and it certainly doesn't have all of the modes and options that games like NHL 2000 on the PlayStation or N64 had. But it does have everything required to deliver an amazingly realistic hockey experience that more than deserves to be called great.

There are many elements that have to be just right for any type of sports game to have the right feel. One of the most important, obviously, is control. This is something the team at Blackbox has elegantly simplified to make playing NHL 2K more about what you do in the game, on the ice, than what buttons you push on your controller. NHL 2K has a very simple control scheme that on the surface may seem limited, but after spending some time with the game you'll realize that the control scheme is much deeper, letting you do almost all of the moves you could in other hockey games just by using the analog stick. For instance, in most other hockey games if you want to skate backward you push a button. In NHL 2K when you're the defending player you automatically face the skater with the puck, leaving you free either to check him before he ever gets the shot off or to lie out in front of the puck to block the shot. Even deeper is the level of control you have over the placement of your shot. The instant you press the shoot button and your player rears his stick back for the shot you can actually use the analog stick to place the shot. Pressing up and down varies the height of the shot while left and right of course steers the puck in the corresponding direction. When you're all alone on a breakaway, there's no deke button to press to magically throw off the goalie - it's all you. You either have the skill with the analog stick to fake him out or you don't. In terms of responsiveness, the game controls very tight, and the nature of the analog stick makes playing NHL 2K feel even more natural than its football and basketball counterparts. While some will surely see this simplified control scheme as a negative, those who learn how the game works will love to "'play" NHL 2K and never give the control scheme a second thought. Aside from control, there are a ton of other important aspects that play into how a game feels. One is the speed at which the game plays. Many people have varied opinions on just how fast real hockey is - thankfully, NHL 2K features an adjustable speed setting. Even though the game's default setting feels very representative of the actual speed at which real hockey plays, the adjustable setting is nice to have. Another important quality, especially for hockey, is physics. Both the player physics and puck physics are wonderful. The puck skips, rolls, and flies out of play after getting blasted off the top of someone's skate very realistically. The player physics are also very true to life: Players with more girth than others have an easier time of taking out smaller skaters, but since the checking system is momentum based, you can take out big guys with little guys if you get 'em going fast enough.

As fans know, the AI of the computer-controlled players always makes or breaks a hockey game. Fortunately, NHL 2K's AI is decent enough to appease both the casual video-game hockey fan as well as the seasoned hockey veteran. One characteristic about NHL 2K's AI that will split opinions is that it is very true to the sport of hockey. If you just watch hockey on TV for the fights and don't understand the purpose of the different positions and their roles in performing basic shot setups, you'll be wondering why some of the players are just milling about. If this is the case, you can just turn off some of the rules like offsides and icing. Then you can set the offense to aggressive and defense to intimidate, and you're set. However if you do know all of the intricacies of hockey, NHL 2K is a very satisfying game to play. When set on rookie, the computer AI isn't a slouch. It just doesn't play aggressively, and it gives you more time with the puck to learn how to play. On pro, however, the computer (depending on which team it's controlling) is either competent or it just wins. On all pro, the computer is an animal. It uses the enforcers to crush you when it can, and the teams finesse players just to take the puck away from you when it can't. Oh, and then it makes a goal. But seriously, the different AI settings are quite good, offering enough variety to be challenging to anyone, at any level. But as mentioned before, knowing the difference between what the Flyers' center Eric Lindros does best, and what the team's left wing Mark Recchi can do in real life, makes a big difference, as it should.

Graphically, NHL 2K (like its football and basketball cousins) easily earns the title of the most visually accurate, jaw-dropping game in its sport. Everything in the game looks simply amazing - the players, the ice, the arenas, the spectators, everything. The player models used in the game are literally the most detailed ever, each comprised of 1,500 polygons. This extremely high polygon count gives the players a realistic, round, smooth-skinned look. In addition, 800 of the top players in the game actually have their real-life counterpart's face mapped right onto their polygonal head. This technique of using the real faces of the actual athletes depicted in the game, along with the super-smooth player models, gives the players in NHL 2K an insanely realistic look. When these features are combined with the more than 700 fluid motion-captured animations, the game looks and moves just like the real thing. The first time you see a player jump over a fallen teammate as he picks up the loose puck, you'll just have to say "Wow." The same is true for the first time you send the puck smashing through the glass and it violently explodes. There are a lot of other little visual effects that make the game look convincing - things like facial expressions, real-time ice deterioration, reflections off the ice and glass, and even ice shavings that spray off the ice when players stop and turn abruptly. You can view the action from several camera angles, the best of which happens to be the game's default angle, which is a typical slightly tilted overhead view that follows the action from one end of the rink to the other. The only real difference at all is that this view is dynamic, slightly zooming in and out depending on the situation. Compared with the visual standard that NFL 2K and NBA 2K set, NHL 2K has more to amaze you with, but overall it just doesn't look quite as smooth. Even with that said, the game is still definitely something that must be seen. In the audio department, NHL 2K is also very impressive. The game's sound effects are supercrisp - when the puck rings off the goal post it sounds just like it does in real life. Slapshots and wrist shots all sound distinctively different, as do the several types of thudding sounds for checks that vary depending on how bad you lay the guy out. The crowd oohs and aahs appropriately over the action taking place on the ice. But most impressive is the game's fantastic two-man announcing team, which is made up of Hall of Famer Bob Cole and ex-NHL coach Harry Neale. The play-by-play announcing is almost dead-on with the action on the ice, complete with the actual names of the players making the plays. Even when the puck gets near the crease and everything is happening all at once, the announcing stays just about dead-on. In all, the game features about 12,000 lines of play-by-play and color-commentary calls, and while the commentary is very diverse, you'll notice when the same teams are facing each other again in the playoffs that many of the same facts and anecdotes are reused.

Once all is taken into account, NHL 2K is simply a great hockey game. Sure, it doesn't have all of the different modes, individual management options, and features that can be found in top games on the PlayStation and the N64, but it does deliver the most visually accurate representation of the sport of hockey, along with some solid gameplay, which easily stacks up against that of EA's NHL series. If you own a Dreamcast, and you're reading this to find out if NHL 2K is worth your hard-earned dollars, the answer is yes. 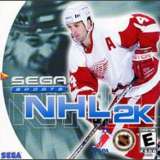 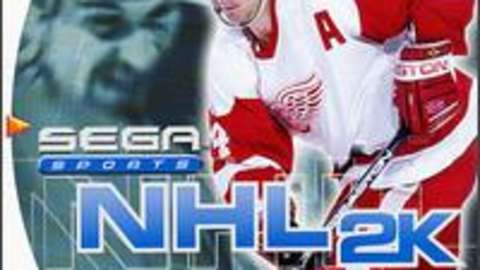 If you own a Dreamcast, and you're reading this to find out if NHL 2K is worth your hard-earned dollars, the answer is yes.