There are quite a few excellent enhancements to the gameplay and the computer's artificial intelligence hidden beneath NHL 2002's dizzying array of flashy new features.

Last year's NHL 2001 was about the best computer ice hockey game most fans of the sport could have hoped for, even if it wasn't a perfectly realistic simulation of the sport. Using that outstanding edition of the long-running hockey series as a foundation, EA Sports could just as well have added on a bunch of superficial extras and called the new product NHL 2002. And to some extent that's exactly what happened. But fortunately for fans of the series, let alone anyone who likes hockey, there are quite a few excellent enhancements to the gameplay and the computer's artificial intelligence hidden beneath NHL 2002's dizzying array of flashy new features.

NHL 2002 is essentially similar to NHL 2001, so fans of the previous version will likely be very happy with this year's installment, too. The AI sliders that made NHL 2001 so approachable and customizable are still available in NHL 2002, and they once again let you custom-tailor the computer into just the sort of opponent you'd like to play against. Other returning features include the rookie draft, the ability to trade draft picks, the "big hit" and deke buttons, and the options to import your own music and photos for custom players. The new features in NHL 2002 are hit and miss. Longtime fans of the series will likely find a few of the new features disagreeable, but to its credit, EA Sports has included the option to easily toggle just about every one of the game's new features on or off.

And the first thing many players will want to do is toggle off the new color commentary provided by Don Taylor. For some reason, despite years of trying to assure gamers that the NHL series is a serious sports franchise, EA Sports just gave up trying to be serious when it brought this guy on board. His comments, while occasionally quite funny, rarely ever have anything at all to do with hockey. They are merely one-liners that are included for humor's sake, and they give the game a rather unwelcome comic air. As if trying to keep this flavor consistent across the board, the developers also gave the PA announcer nothing but comic lines, such as, "Tonight's 50-50 number is...not yours." Oddly enough, the PA announcer's comments are often much funnier than Taylor's, but they're still out of place. You can turn the commentary off, but even when you select that option, you'll still hear several of Taylor's lines in each game. Aside from the commentary, the rest of the game sounds excellent and more or less exactly like the real thing.

NHL 2002 adds a lot to the core game, including an in-game NHL "trading cards" book, similar to the ones found in some of EA Sports' PlayStation 2 games (NCAA Football 2002 for example). You can accumulate points by completing various specific objectives, such as scoring a hat trick or reaching the 20-goal plateau in a season. These points can then be spent on trading cards, which in turn unlock other special features. The most common of these is the ability to turn the player on the card into a hero for varying periods of time. Others include unlockable goal celebrations and arcadelike power-up items, such as superfast shots. As with the commentary, most hard-core fans of the series will likely prefer to ignore a lot of this stuff, aside from the fun of trying to collect all the available player cards.

NHL 2002 also adds special camera views for dramatic moments in the game. The best of these is the breakaway camera, which zooms in on your offensive player as the game fades out all sounds except for that player's heartbeat. The idea is excellent and can truly add a sense of drama to a breakaway. However, if you're skating toward the goal at the bottom of the screen, the breakaway camera will maintain that perspective instead of shifting around to follow the attacker in from behind. As a result, the goal and the goalie often block most of your view. Again, you can turn off the breakaway camera if you find it disruptive, but it'll probably impress you at least a few times.

A similar, but far more frustrating, new graphical effect occurs whenever there is a dramatic body check or goaltender save. The gameplay freezes for a moment and you get treated to a Hong Kong-action-movie-style montage of three different views of the hit or save. Occasionally, this can be pretty spectacular--but unless you set the frequency slider for this effect pretty low, you will quickly tire of the seemingly random and repetitive interruptions caused by this replay.

On the other hand, a more original and very well done new replay option is found in the new "game story," which basically tracks the flow of the game and flashes back to key moments, either much earlier in the action or just a few seconds ago. These replays pop up during stoppages and can be skipped simply by pressing an action button on your controller, but they are often worth watching just for fun. Some of the themes you'll see during a game story update include a hot goalie, a hat trick, one team dominating the play, or a dramatic comeback by one side or the other.

The addition of a hero line is also welcome, as it lets you create a fifth line made up of your most dangerous players. When you edit the lines for your team, you can assign your best players to your hero line and then put that group on the ice in the waning moments of a close game. This saves hard-core players the effort of halting games in order to shuffle their lines for the best scoring punch.

Lest you think that all the new features in NHL 2002 are gimmicky, you'll be happy to know that the AI has been enhanced--a lot. Computer-controlled goalies are much quicker and smarter now, and thanks to what EA Sports calls adaptive goalie AI, they seem to learn your moves over time. So basically you can't just do the same play over and over again and hope to have much success. You will still score a lot of goals with one-time shots on the "crash the net" offense, but you won't score quite as many as you were able to in NHL 2001.

Some of the other welcome AI tweaks include the players' ability to receive passes more realistically. Now when a pass goes slightly awry, the receiving player will turn and/or extend his reach as much as he can in order to get the puck. The game also now supports saucer passes, which are accomplished by holding down the pass button a bit longer than usual. In effect, this is similar to the "through pass" in soccer. The passer simply lifts the puck a little bit to get it past opposing players--a very solid addition to the game.

To make matters even more interesting, puck possession is not a cut-and-dried concept any more. Instead, each player's ability to control--and do anything with--the puck is directly determined by his "puck control" attribute. As you skate, the colored circle under your player will darken to indicate how much control you have (the darker the better). So a player who is highly susceptible to giveaways will have a faintly colored circle, while puck-handling wizards like Jagr, Lemieux, and Sakic will have darker circles. Also, your control of the puck increases the longer you have it. The only downside to this feature is that the faintly colored "some control" circle is awfully similar in appearance to the empty circle indicating no control at all. As a result, you may continue skating down the ice thinking you have the puck, when actually the computer player has stolen it from you and is moving quickly in the other direction.

Another minor problem is that, more often than is good or right, computer-controlled players on your team will stand stock-still when the puck is right in front of them. Even worse, your goalie will stay steadfastly in between the pipes when the puck is loose and sitting up against the side of the net--even when no opposing players are around. This simply would never, ever happen in real hockey. Also, the game actually seems to put defensive players at a severe disadvantage when they successfully poke-check the puck away from an attacking player. The defender goes into an odd crouching position when he pokes the puck away from the attacker. He then stays in this pose for some unknown reason, while the attacker can easily circle back, pick up the puck, and skate right past the now out-of-position defender. Presumably, this was done to prevent easy steals leading to unlikely breakaways, but it could have used more tuning.

Of course, you don't just have to play against the computer. NHL 2002 supports up to four players in a match over the Internet, and it also provides options for playing over a modem, IPX LAN, and direct Internet connection, as well as the EA.com matchmaking service.

No review of NHL 2002 would be complete without some mention of the game's impressive graphics--rest assured, the visuals are stunning. Not only do the players look even more lifelike than in previous versions, but they also seem to move from one animation to the next with far more fluidity. This is especially true of the goalies, who often look incredibly realistic and now have a much wider variety of animations, enabling them to look the part in nearly any kind of save situation. As an added bonus, EA Sports even added some 3D fans to the game, and they lean over the rails to reach players entering the rink and cheer or jeer depending on how the home team happens to be doing. It's a really nice touch.

When you consider NHL 2002 as a whole, you have a game that is everything last year's outstanding version was and more. Each of the many new features adds something to the game, and if that something isn't quite to your liking, you can just fine-tune the options to suit your tastes. The gameplay and the graphics are still phenomenal, and the problems with the game are minor and relatively scarce. It simply is the best hockey game ever produced--again. 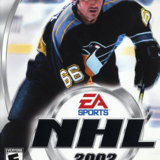 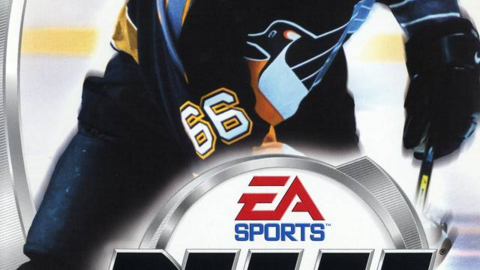 NHL 2002 is the deepest, most realistic 3D NHL game on the market.