NHL 2000 is the best PlayStation version of the series thus far.

The designers over at Electronic Arts must have listened to the fans who complained that the only thing NHL 99 was missing was a better frame rate, because NHL 2000 delivers that and then some. NHL 2000 is clearly the choice when it comes to hockey games, as it appeals to both the casual hockey gamer and hard-core puck heads alike.

As you would expect from a game with a name like NHL 2000, all the real players, arenas, and teams (even the new Atlanta Thrashers, and international teams) come with the game. The game has all the usual modes of play, like exhibition, season, and tournament, and you can even take a team through a ten-year career mode and draft, trade, and pick up free agents.

The most notable new gameplay feature is the new big-hit and big-deke buttons. These affect the game's overall play style in a big way. When you're gliding down the ice on a breakaway and you hit the big-deke button, you can fake out the goalie just like in real hockey. The big-hit button, of course, speaks for itself. Speaking of big hits, the play mechanics for the game's fights have been changed to a button-mashing scheme so that you must pull an all-out assault on the controller to win.

The gameplay and control in NHL 2000 is much more responsive than last year's title's, thanks to a healthier frame rate. In addition to the added control, this game is much faster than last year's. Simply taking the puck down the ice feels much more natural now, not to mention slamming someone into the boards at full speed. The AI seems to be about the same – easy on beginner and godlike on the highest setting with a good team.

Visually, NHL 2000 takes a step in the right direction. While at first glance it may not look quite as clean as last year's title, the improved frame rate of the game more than makes up for it. The game moves faster and truer to life, overall, and as a result the game's control are so much more responsive than that of NHL 99. The players themselves look a bit more realistic and not as blocky. In fact, during instant replays you can see the faces of the players, and they actually look like their real-life counterparts. The players skate, turn, shoot, and fall very realistically.

NHL broadcaster Jim Hughson returns to make the play-by-play calls, and he is joined this year by fellow announcer Bill Clement. The chatter between the two is lively, fun, and usually right on cue with the action. But as with any sports game, you'll begin to hear some of the same phrases repeated again and again a few games into your season. The sound effects for the action on the ice sound extremely realistic and crystal clear - checks, shots, and post-hitting goal attempts all sound quite real. Additionally, the roar of the crowd, the stadium announcer, and various music and anthems fill out the true-to-life ambient stadium sounds quite well.

In the end, NHL 2000 is about as good of a hockey game as you're going to get on the PlayStation. The faster frame rate not only makes the game run smother than last year's title, but it also helps the gameplay better, and really that's what it's all about. If you're a fan of the series from way back, you'll undoubtedly agree that NHL 2000 is the best PlayStation version of the series thus far. 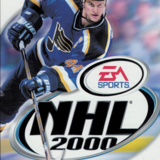 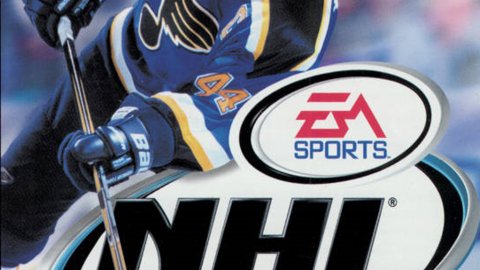 NHL 2000 is virtual hockey at its finest.