The gloves are off

NHL 15 was, by all accounts, a disappointing game. It ended a long line of consistently great hockey games by removing many of the features that the series had become known for, such as offline shootouts and the EASHL, and crippling the ones that survived, such as Be A Pro and Be A GM. Thankfully, NHL 16 is a much better game. EA has brought back and revamped several modes, including the EA Sports Hockey League. The revival of these modes and the changes made have, for the most part, improved the experience enough to warrant a return to the ice; however, with the addition of the visual On-Ice Trainer, it’s easier than ever for newcomers to jump in and play, too.

The gameplay feels great, online and off. Every facet of NHL 16 is more fluid than those in previous years, and it feels like you have more control over each position. I felt it was easier to move the puck across the ice while skating and passing, and playing defense is an experience that feels a lot better, too -- when I hit someone, it feels powerful. This is also evident when you play goalie; the controls for goaltending have been redone, making it easier to move precisely and catch those tricky one-timers. Because of this, I’ve grown to actually enjoy goaltending, so when no one else will guard the net in a game, I’m more than happy to take the job.

The On-Ice Trainer is a visual aid that augments the ice and skaters with hints, teaching you how to play the game while you play. It starts off with the basics, such as face-offs and shooting, then it moves on to more advanced skills as you prove you’ve become proficient. It’ll tell you how to take a wristshot, and once you’ve done it enough, it’ll move you on to slapshots. This was very useful for me when it came to face-offs because I’ve always had a hard time understanding exactly how they worked -- at times, I’d think I had a handle on them, but I would be proved wrong soon after. With the On-Ice Trainer, there’s no confusion: it tells me exactly how to win and why I failed or succeeded. These hints disappear organically or you can turn them off entirely. It’s an incredible tool that helped me become a stronger player, and although I was worried about becoming dependent on the trainer, I was tackling and winning face-offs without even realizing that the tips had vanished.

The On-Ice Trainer was especially useful in Be A Pro mode, which allows you to create a skater and proceed from the minors to the end of a long, hopefully prosperous NHL career. You can go through the minors as a CHL rookie or skip that and join a team that’s already competing for the Memorial Cup. Your job is to play a role on a team based on the position you choose. The trainer can help here, but even if you don’t use it, you’ll still get detailed instructions from your coach telling you how to improve your game in three different areas: offense, defense, and team play.

All you have to do to become a stronger player is play; taking shots and poke checking will give you experience in their respective categories, in this case offense and defense. One problem I had with Be a Pro occurred when my player led the league in goals and points but was bumped off the starting formation, which gave him less ice time. My player was demoted because he was lacking defensive and team play skills, but scoring two or more goals a game and being punished seemed a little weird, especially since I was posting numbers higher than anyone else in the league. Despite this issue, it’s enjoyable and immensely satisfying when you make a lot of progress.

Be A GM is an entertaining mode, one in which I lost hours in the menus alone. Whether I’m trying to make that clutch trade or having my heart broken because I couldn’t seal a deal with a favourite player, I’m engaged in the fantasy team I’m creating. Making the choices you wish your favourite team’s manager would make feels empowering; putting together the next Stanley Cup champions takes a lot of work, but it’s satisfying when it pays off.

The offline shootout joins its online counterpart again this year, something that I’m personally glad to see happen. Playing shootouts against a friend provided some of the most fun I’ve had playing the NHL series, often resulting in a lot of trash talking and laughter. Moments when you hope you can fake out your friend to get the puck past them are exhilarating; quickly starting a rematch keeps the competition high, preventing the intensity from being killed by a load time. It doesn’t translate to online multiplayer because you aren’t shoulder-to-shoulder with a friend, which makes its return after its absence in NHL 15 greatly appreciated.

Online versus and team play are both engaging when you want to play against someone other than an A.I. opponent, but Hockey Ultimate Team is where I spent most of my time online. Ultimate Team has you open a pack of cards at the start, which will be used as your first line-up for the team you create. Once your team is ready, you can take it online or play against the A.I. You can always grind for more in-game currency to spend on packs, but if you want to get cards faster, you can also buy packs with real money.

After buying a couple of packs with real money and in-game currency and creating the best line-up I could muster, I became invested in my team. Winning games also felt like more of an accomplishment because I had to work with what I was given. Losing games, on the other hand, made me feel like I needed to buy another pack in the hopes of getting a better goalie. However, you never know what you’re getting, and not every pack had cards that I could use to improve my given lineup. Considering that each Gold Jumbo pack costs 4 or 5 dollars, spending in-game currency, let alone real money, to end up with a pack of disappointing cards is a momentary turn-off. I’ve put a lot of time into this mode, and I will continue to do so as time goes on, but because there’s no guarantee that I’ll get a card that suits my needs, there’s little chance that I’ll spend any more real money on cards.

The EASHL also returns after being removed from last year’s game, and the changes EA made provide a more balanced experience. You create and customize your own pro player, and at the beginning of each game, you choose a position and class, such as power forward, sniper, and butterfly goalie. Each class plays differently, and by focusing on one position for an entire game, you ultimately learn how to become a better player overall. When I played as power forward, I threw a lot of hard hits and cleared the ice because of it. When I played as a sniper, I was faster and scored more goals. Your player’s progress in EASHL is measured by badges, which you earn by completing class-specific feats, such as scoring goals or making saves. These contribute to your player’s overall level, and it feels good to be rewarded for closing out a game with a shutout or scoring a hat trick.

EASHL allows you to play games as a member of a club or by dropping into a match with a group of strangers. Dropping into random games is hit-or-miss; it’s not uncommon for teammates to drop out of a game if your team is losing. This makes the experience incredibly frustrating, and it happens far too often. I had more fun playing with a club, with people sticking together as a team and not leaving games at the drop of a hat. While playing online, I’ve encountered at least one instance of stuttering per game. I’ve experienced games that have been near unplayable, but those have been very far and few between.

NHL 16’s menus can be confusing, and the plethora of information within team rosters isn’t always easy to decipher at a quick glance. The in-game presentation, however, is superb. Every stadium feels genuine. The Blue Jackets’ Nationwide Arena fires a cannon every time they score, the Tampa Bay Lightning have their Tesla coils going at Amelie Arena, and the Vancouver Canucks’ Green Men show up at Rogers Arena from time to time to heckle the opposing team’s players. It feels weird to geek out about a hockey video game, but these little touches are exciting to see, making the arena’s atmosphere feel more alive in the process.

NHL 16 is exciting not only for dedicated fans due to the return of the long-lost modes of years past but also for new players or even people who just want to get better. The On-Ice Trainer is an awesome alternative to tutorials, and it makes me hope that other companies, not just those making sports games, will find a way to implement similar tools. NHL 16 is a huge improvement over NHL 15 in every way, and it makes me optimistic for the future of the franchise.

View Comments (76)
Back To Top
8
Great
About GameSpot Reviews 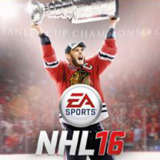 Mat is Canadian, so he’s basically required by law to love hockey. He’s also played every NHL game since 2001 and spent more than 30 hours with NHL 16. (Twitter: http://twitter.com/MatPaget) 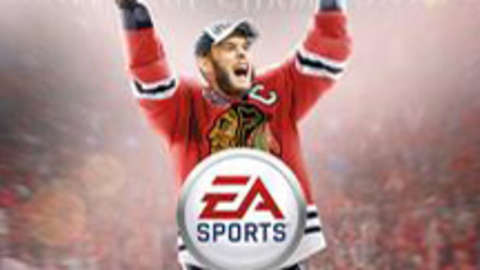 Built with more input from our fans than ever before, NHL 16 steps onto the ice to deliver new features across the most played single player and team modes, including a re-imagined EA SPORTS Hockey League. Combined with new gameplay balance and innovation at every position and an unrivaled game day authenticity, NHL 16 puts you into the heart of a team, where you play together and win together.