Little things mean a lot in NHL 12, which subtly refines the best arcade hockey game ever made.

EA Sports' NHL 11 reached the pinnacle of hockey gaming last year by featuring the most enjoyable and most accurate arcade simulation of the sport ever made. So where do you go from there? NHL 12 answers that question with a range of subtle refinements and additions that improve play on the ice in a number of ways, as well as add new features like being able to skate as a number of NHL greats. This game won't be the most necessary sequel that you'll ever buy, but chances are good that you won't regret laying down the cash after spending a few games enjoying the new offensive and defensive player positioning, checking out the new CHL league support, or working a give-and-go with Gordie Howe.

The heart of NHL 12 is nearly identical to that of its predecessor. Controls involve the same precise mix of analog sticks and buttons. They remain a great balance of pure arcade twitch reactions and a simulation of hockey because you can pull off some nifty moves with the right stick yet still play a formidable game by keeping to the basics. All of the main modes of play have been brought into the new game with few changes. You can still get into quickie solo matches and play-off runs for the Stanley Cup; create a rookie in Be a Pro and skate him to stardom from the juniors to the big leagues; go online for lag-free one-off games and full seasons; head into the front office with Be a GM; mess around with the oddly compelling Hockey Ultimate Team and its card-driven game mechanics; and so forth. EA held the line here on new features. Core elements of the game are right where they were last fall, so you don't need to even glance at the manual.

The most interesting addition to the above feature list is Be a Legend, which tweaks the familiar Be a Pro mode of play by swapping out the rookie you create in that game with a youthful version of an NHL star from the past. It's certainly a nifty idea because the Hall of Famers and near misses included here come with extremely high ratings in all categories from the first moments of their rookie seasons. Anyone who got bored developing a youngster through a couple of seasons of toiling on the third line in regular Be a Pro action will like the way you take a spot on the top forward line or top defense pairing right away. When you step in with ratings in the 80s and 90s, you can be certain to make an impact on your chosen club in your very first shift. But there just isn't enough meat here. Only a handful of retired NHL greats are here to choose from, so aside from Gordie Howe, your choices are limited to players from the past couple of decades like Wayne Gretzky, Ray Bourque, and Patrick Roy. It's awfully strange to look at a list of NHL "legends" that includes the likes of Borje Salming but skips over Bobby Orr, Bobby Hull, and Maurice "Rocket" Richard. Even worse, all of these greats are locked out at the start of play aside from Jeremy Roenick.

Along with playing full seasons in the NHL and AHL, you can now take over the career of a player in the CHL, Canada's top junior hockey circuit, with three leagues consisting of teams from across the country. You can assume the role of a real player on the squad of your choice and play through whole seasons in midsize burgs across Canada like Swift Current and Peterborough. When you pick a young kid, you get to play through his draft year and try to work him up the ladder to become the top pick of an NHL club. When you pick an older player who has already been drafted, you begin as the property of an NHL team, with a chance of starting the season with the big club, down on the farm in the AHL, or back in junior with your high-school buddies. This is a huge improvement over how junior was depicted last year, where you got a shot at impressing the scouts in a handful of games in the Memorial Cup tournament before going into the NHL draft.

The third and final notable addition this year is the 2011 Winter Classic pitting the Washington Capitals against the Pittsburgh Penguins. Just like the real outdoor game held every New Year's Day somewhere in the northeast US, this doesn't mean much. It presents you with a pretty place to play a single game, but that's it. Heinz Field looks great with the snow coming down in the dark, and player uniforms pick up interesting reflections from the big stadium lights. The atmosphere is pretty amazing. You can also play the game with the teams of your choice, so you can go against the marketing bosses in the NHL's New York-based office and bring in Canadian teams.

NHL 12 introduces what EA is calling a Full Contact Physics Engine, but it doesn't make a huge different to the game on the ice. Still, there are some changes, and most of them are good. Defense has been beefed up. Players stick to their lanes very responsibly, and defensive men close up tightly in their own zone. As a result, passing lanes are shut down efficiently if you run the offense on rails, and a lot of shots are blocked before they get to the net. You can see these changes the most in the low slot, where battles get very fierce. More is let go by the officials down low this year, so you can take extra shots at the netminder, give opponents a few face washes, and so forth without immediately getting yanked off to the sin bin. It's nice to see things have eased up down by the net; it would be even better if the real NHL would start allowing more battling like this around the crease.

Opponent artificial intelligence is also smarter when it comes to anticipating your actions. If you try the same move over and over again in the face-off circle, for instance, you'll soon find the opposition center adapting by doing things like tying you up instead of going for the puck. Opposing players also anticipate where the puck is going to be, resulting in no more bad changes springing breakaways, and making it easier for errant passes to be cleanly picked off. If you telegraph what you're doing, you now pay for it. The one problem with these defensive improvements is that they spotlight issues with the offense when locked to a position or playing in Be a Pro or Be a Legend. Better defense seems to befuddle offensive AI players somewhat because they tend to hog the puck more often now and refuse to pass unless you manage to get totally open. In the end, you get a more challenging though more frustrating game. This issue isn't noticeable if you play traditionally by switching player control with puck possession, of course.

Visual and audio quality is on par with last year. Graphics are smoother and more lifelike when replays take you to ice-level encounters with stars like Jonathan Toews and Phil Kessel, although you would need a slow-motion, side-by-side comparison to really tell the difference between the two games. One feature is missing right now in the new Winnipeg Jets uniforms. Granted, they were only unveiled within the past month, and the team just moved from Atlanta last spring, but you would think EA would have done a quickie update by game-launch day. As it is right now, it's disappointing to hit the ice with the brand new Jets and find them wearing silver-and-black NHL togs reminiscent of the 1990s LA Kings. Audio is similar to last year, as well. Gary Thorne and Bill Clement recycle a lot of the play-by-play and color calls, although there are some new lines in the mix now. The duo also refers to the Jets instead of the Thrashers during Winnipeg games (although the odd mention of Atlanta can still be heard). The soundtrack consists of the usual mix of thrash alt-rock with a few oldies from ELO, Billy Idol, and Judas Priest.

NHL 12 doesn't push the envelope, but there are few gripes with what EA Sports has put on the ice. This is a safe sequel that doesn't advance the franchise in any significant ways, but the tweaks and new features buff up a game that was already shining like a freshly flooded sheet of ice. With that said, owners of NHL 11 have to ask themselves if taking some shifts with Wayne Gretzky, playing more seasons with the Ottawa 67's, and skating around in the snow is really worth $60. 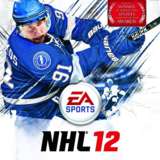 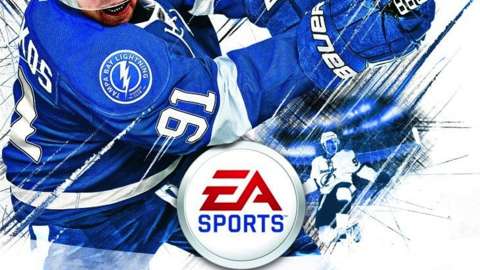 Prove you have the toughness to lead your team to the Stanley Cup in NHL 12.