If you're thinking about buying NFL Xtreme 2, the answer is really quite simple. Don't.

The original NFL Xtreme was a confusing mess - half NFL Blitz rip-off, half NFL Gameday, and all horrible. The arcade-style gameplay just didn't mesh with some of the more simulation-style aspects of the game. People who wanted fast-action football just bought Blitz, while people who enjoyed "real" football gravitated towards Gameday or Madden. NFL Xtreme 2 is just as confusing of a package as its predecessor was, but the resulting game at least approaches competency this time around.

The game is still a five-on-five affair, and it still has a deep playbook - so deep, in fact, that it will easily scare away players who aren't proficient in other football games. The defense is the largest offender here. What exactly does the Man Up defense do that Bail doesn't? Which plays work well against the run? If you couldn't figure this out in other sim-style football games, there aren't any clues to be had here. The offense is a bit more clear-cut, and thanks to its simplistic "hit any button and we'll throw to an open receiver automatically" option, anyone can pick it up and complete a few passes against the CPU player. Set the difficulty up, and you'll have to get slightly more creative with your play selection, but finding an open man still isn't much of a challenge, considering the game does that for you. You can still hit X and bring up an icon-based passing system if you want more control over your passing game. Once you've got the ball, and you're running up-field with it, there's a few snazzy moves you can pull off, but other than the forward flip, which you can use to hop over defenders, these moves don't bring much to the game. The game has depth in its options, which include season play, playoffs, tournaments, and a roster-building system. You can run an NFL draft, create players, release players, or trade them to other teams. You also have slight control over the game speed and player size.

Graphically, the game has improved, though it still just looks odd. The player models look a bit misshapen, and the animation is pretty choppy. The game's frame rate fluctuates quite a bit at times, running really smoothly during close-up, lower poly scenes like kickoffs, but once it zooms out, the frame rate becomes noticeably lower. This makes it much, much harder to get into any sort of rhythm with the game, since you're never quite sure how fast or how smooth it's going to run on any given play. The sounds include "real" taunts from 23 NFL players. These taunts are played after seemingly random plays that the game deems worthy of such snappy ribbings as "This is a man's game," or the ever popular "This is my house!" The announcer occasionally pipes up during plays with exclamations like "zips it" during passes, but he is usually limited to reporting the down and yardage gains.

If you're thinking about buying NFL Xtreme 2, the answer is really quite simple. Don't. Fans of Blitz won't dig Xtreme 2's needless roster and playbook depth, and sim-style-football fans will quickly tire of the simple AI and simpler gameplay style. If you're looking for a game that successfully mixes both schools of thought, keep on looking. That game simply hasn't been made yet - and perhaps it should stay that way. 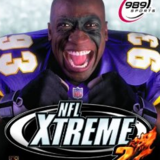 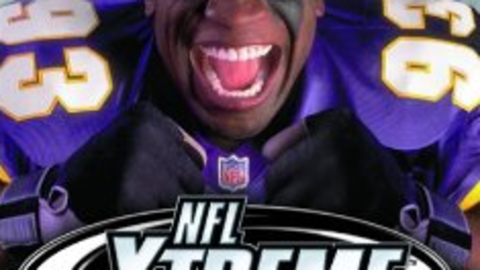 If you're thinking about buying NFL Xtreme 2, the answer is really quite simple. Don't.