While Fever 2004 is technically the best in the series, it doesn't have the quality or quantity of features, the rock-solid gameplay, or high level of polish of its competitors.

The NFL Fever series has always struck a good balance between simulation-style and arcade-style football--which has put the series right in between similar offerings from EA and Sega. This year all three Xbox titles are better than they were last year, but NFL Fever 2004 shows the least amount of improvement. While it would be technically correct to call NFL Fever 2004 the best in the series, it still doesn't have the quality or quantity of features, the rock-solid gameplay, or high level of polish shown by its competitors.

NFL Fever 2004 offers all of the standard modes of play you'd expect from a modern football game, including practice, dynasty, general manager, and single game, as well as online play via Xbox Live. The game's practice mode gives you three different options: training camp, chalk talks, and open practice. Open practice allows you to take on your own team in a scrimmage game. The chalk talks option serves up expert advice from Ron Pitts. Training camp is a lot like Madden's minicamp mode, which sets up a bunch of running, passing, and play execution drills in order to teach you how to throw and run the ball properly. The game's dynasty mode is about as deep as you'd expect, with a ton of customizable options that let you change everything from the length of the quarters to the play style of your computer-controlled teammates. The general manager mode gives you complete control over handling player trades, contract negotiations, and draft responsibilities. While the dynasty mode is passable on its own, it really hasn't changed from last year's game. When compared to NFL Fever's competitors, EA's Madden and Sega's ESPN NFL Football, which have both improved their franchise modes significantly, Fever's dynasty mode isn't the high point it once was.

While online play isn't anything new to the Fever series, the integration of Microsoft's new XSN Sports service is very new. The process of getting started with XSN is a little more involved than the casual user might be used too, since you have to sign up for a few things from a PC before you can do anything with the menu option. If you already have an Xbox Live account you can head over to the XSN Sports site and sign up for an account. You'll also have to sign up for a Microsoft .NET passport if you don't already have one. Once you're set up you can go online with your PC to check your stats and compare them to other players. You can also use XSN to set up games and leagues, and you can post messages to other players. It's a pretty cool feature that can extend the life of the game for those who play a lot of Fever online.

On the other hand, casual fans of football, who might not understand what all of the formations and plays mean, will certainly enjoy NFL Fever's playpicker options, which let you pick plays by type so that you can simply pick a running or passing play when on offense. On defense the choices are just as simple and are set up so that you can choose to try to stop a run or pass. The selection goes a bit deeper and asks you which way you think the run or the pass is going to go, but it keeps it simple so that just about anyone who has a basic understanding of how football works can successfully call plays. You can, of course, set the playpicker to advanced mode, which allows you to traditionally choose the action by selecting offensive and defensive formations and plays.

The gameplay in NFL Fever 2004 has, for the most part, gone untouched when compared to last year's title--although the designers have added some new passing options. NFL Fever 2004 also offers players three different passing modes: one-button icon passing, trigger passing, and read and lead passing. While traditional icon passing needs no explanation, trigger passing simply gives you more control over the height of the pass. Read and lead passing gives players total control of the placement of the pass so you can lead, underthrow, and overthrow receivers. While other football games have variations of these passing schemes, NFL Fever 2004's take is surprisingly one of the best at giving you great pass control. Steering a yellow indicator, using the right analog stick, controls the placement of the pass. When you first try it, the icon seems incredibly hard to steer, but, after going through the practice mode and sticking with it for a while, you get the hang of it. The animation holds up a bit of the game's responsiveness by making you wait for players to cut when running or completing a catch that's not caught in stride.

The players on the computer-controlled teams for the most part do a decent job on offense and defense, even on the game's default difficulty setting. When compared to NFL Fever 2003, the AI this year is definitely tougher, especially when it comes to stopping big pass plays. However, even with this new and improved AI, NFL Fever 2004 still just feels pretty stiff on both sides of the ball.

One of the more user-friendly options included in NFL Fever 2004 is the ability to save your progress at any point during play. So, if you find yourself in the middle of the second quarter and have to run off, you can simply save the game. When you return and load your saved game, you'll find that it returns you right back to the point where you stopped and saved it.

Visually, NFL Fever 2004 looks very similar to NFL Fever 2003. The player models, the stadiums, and animations haven't evolved noticeably. The player models in 2004 are identical to those in 2003, with a few slight variations for height and weight differences. Even the faces of the players are hit and miss. For instance, Rich Gannon doesn't look anything like his real-world counterpart, but several of his teammates, including Tim Brown, look spot-on. The animations of the players look fairly realistic, although there are a few quirky ones--like the way quarterbacks hold the ball way too high. The only main problem with the animations in the game, though, is simply that there aren't enough of them. This is especially true for the game's tackling animations, which often look more like one player simply pushing the other over. This contributes to the occasionally less-than-satisfying feel of the gameplay. On the other hand, the textures, lighting, and shadows used in NFL 2004 are still some of the most realistic looking for any of the Xbox football games. Still, for the fan who's been keeping track, NFL Fever 2004 is the third game in the series, and it still looks roughly the same as its predecessors. When compared to today's standards and what's being done in other football games, Fever simply isn't very impressive from a graphical standpoint.

In the audio department, NFL Fever 2004 has a lot of different elements that, when combined, do a decent job of recreating the sounds and voices you'd hear from an NFL broadcast. Kevin Calabro and Ron Pitts provide the play-by-play calls and color commentary, which, for the first couple of games, doesn't seem too bad. Unfortunately, after a few more games the limited amount of dialogue starts to show through, as the announcer team shows little variety--even regarding team-specific comments. The sound effects in the game are convincing enough, especially when you have the game hooked up to a surround sound system, since the game includes Dolby Digital 5.1 support. Also supported is the ability to rip music to the Xbox's hard drive to create custom soundtracks.

While this year's version of the game is technically the best yet, NFL Fever 2004 hasn't changed that much when compared to last year's game. This means that if you're not a fan of the previous NFL Fever games, this one isn't going to change your mind. Ultimately, Madden NFL 2004 and ESPN NFL Football offer most everything that NFL Fever 2004 does in terms of gameplay, and then some, making them better all-around choices for most football fans. 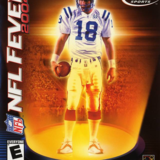 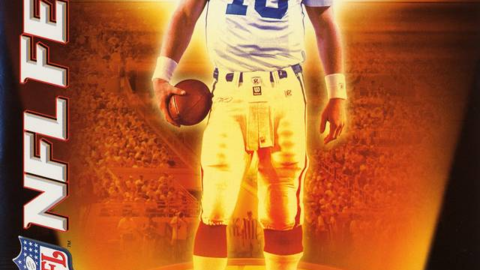 While Fever 2004 is technically the best in the series, it doesn't have the quality or quantity of features, the rock-solid gameplay, or high level of polish of its competitors.