New Adventure Island is a challenging platformer that often feels like a racing game.

If you've been looking through the Virtual Console lineup in search of a side-scroller that plays more like Sonic the Hedgehog than Super Mario Bros., then the TurboGrafx-16 version of New Adventure Island may be right for you. It combines running, jumping, and shooting into an action romp that's fast-paced and challenging. The game is a throwback to the simpler times of the mid to late 1980s in that its brief levels mainly test your ability to hit the jump and shoot buttons within an instant.

People tend to dismiss the Adventure Island series as an attempt to copy Super Mario Bros. While the two series share some cosmetic similarities, the pace and style of play in New Adventure Island is totally unlike the Mario games. Like Mario, Master Higgins is fat and on a quest to rescue his lady from the clutches of an evil tyrant, but his quest doesn't involve anything remotely like stomping on koopas or breaking blocks with his head. In New Adventure Island, if you land on an enemy, you'll lose a life. Thus, the goal is to jump over hazards and shoot enemies while you make your way to the end of the each stage as fast as possible. There's no exploring to speak of in the game. Each stage simply tests your ability to get through an obstacle course populated with bouncing enemies, moving platforms, and hazards such as sharp spikes and bottomless pits. At the end of every fourth stage is a boss that will take multiple hits to vanquish. Along the way, you can pick up different weapons, as well as a skateboard that constantly moves you forward but also lets you survive a single contact with an enemy. Throughout it all, if you fall into a pit or get hit when you're not riding the skateboard, you'll lose a life. The clock is also a factor. The meter in the upper-left corner of the screen is actually a stamina meter that drains over time. You need to constantly grab food items to refill it or else Higgins will pass out from hunger.

If you enjoyed the sights and sounds of 16-bit games from the early 1990s, you'll be satisfied with the game's graphics and audio. Higgins is a large and goofy sprite. All of the other enemies that Higgins encounters are also good-sized enemies. The stages in the first world look rather plain and resemble the stages in the original Nintendo Entertainment System game. In fact, the TG-16 version is a remake of the original NES game. However, the remaining stages explode with color and visual effects on par with what you've seen in snazzier 16-bit games. As you slowly make your way through each island, you'll observe scrolling clouds, transparent flames, and massive lava flows in the background distorted by intense heat--among many other visual effects. The lighthearted sound effects are mostly forgettable, but the music is catchy and much more intricate than the typical soundtracks found in TG-16 games. For the most part, the Virtual Console emulates the game without any noticeable issues, although the image does look a little soft on larger HD monitors.

Priced at 600 Wii points ($6), the game is a decent value. It'll take you a long time to get through all six worlds and 25 stages. The stages are relatively short, but getting through each one without running into a single hazard is quite a challenge. The constant jumping and shooting does eventually start to feel repetitive, especially when you're replaying a stage over and over trying to complete it. Thankfully, the game offers unlimited continues, and the Wii's temporary save-state feature lets you take a break and pick up again later.

New Adventure Island isn't for everyone. It certainly won't satisfy you if you're looking for a traditional Mario-style adventure game. However, those of you who enjoy a faster pace and more of a challenge may want to give New Adventure Island a try. 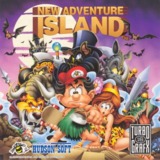 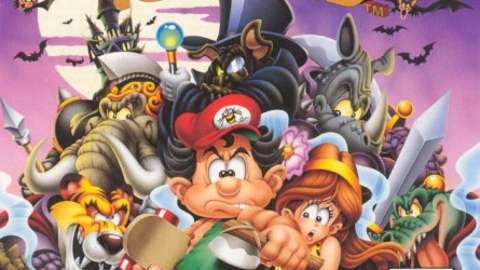