It wasn't the promise of new lands to explore to dragons to slay that brought me back to Neverwinter; it wasn't even (at first) the opportunity to try out new classes. No, after an absence of several months, it was the opportunity to use the race-changing feature to transform my humdrum human great weapon fighter into a gloriously-bearded dwarf that sent me back into the arms of developer Cryptic's Dungeons & Dragons online role-playing game. And against all expectations, I embraced it, if only for a little while. Neverwinter's combat still excels all these months later, and the time since launch has given it a semblance of an endgame it previous lacked.

Seconds in, I could see that Neverwinter's combat had retained its sense of power and explosive immediacy. My great weapon fighter, newly shrunk to dwarven size, swung his blade with a flick of the left mouse button and exploded in a frenzy at a touch of the tab key. Neverwinter's focus on action lacks the novelty it once commanded in the days before WildStar and Elder Scrolls Online stomped onto the scene, but few MMOGs do such a good job of capturing the experience of clobbering baddies with sharp, shiny blades. Somewhere, we're led to believe, an adherence to Advanced Dungeons & Dragons serves as the foundation for all this, though that connection is a notable loose one. Consisting mainly of three action bars and two daily skills, the combat system provides the kind of fun that could catch on well when Neverwinter makes its jump to the Xbox One later this year.

The combat holds up so well, in fact, that my time "sampling" the newish hunter ranger introduced last December turned into a leveling extravaganza that had me pushing to the level cap in just a few days. For leveling, it's probably a personal record. The absence of this staple fantasy class stung at launch, but it seems that slight wait wasn't for naught. There's a pleasing Legolas-style quality about the class: hit tab, and the iconic bow is switched out for a hotbar dedicated to finishing off enemies with a pair of lengthy daggers; hit shift, and he darts out of harm's way in an explosion of leaves.

I also found some of that excitement in the new scourge warlock class. I only toyed with it across 10 or so levels, but that was enough time for the class to attract me more than similar classes in games such as World of Warcraft or Guild Wars 2. Here again, the focus is on movement. Press shift, and the warlock hovers across the landscape towards the next target, occasionally blasting foes with flames that cause them to rise from the dead as minions. She provides healing energy with the damage she deals, and her fluid attack animations make her great fun to play. With the hunter ranger and the scourge warlock, Cryptic proves that good new classes will bring back players who have left for other (presumably greener) pastures.

The downside of my fling with the hunter ranger was that I had to experience the 12-50 leveling content all over again. Little has changed in this regard. As it was at launch, the core levels all feel as though Cryptic studied plumbing schematics for the leveling system, with the heroes themselves acting as Drano as they clear out the gunk on the way to the boss at the end. Sometimes you'll stop to pick up quests from non-player characters who spout stories that are never interesting enough to stick around listening to, and sometimes you must flip a switch instead of ram a sword through a goblin's heart. Neverwinter is beautiful at times, particularly in the forests of the Blackdagger Ruins and in the snow-capped mountains of Icespire Peak, but it never quite manages to rise above generic fantasy and assume an identity of its own.

That identity is what made past Dungeons & Dragons games like Baldur’s Gate and Neverwinter Nights so memorable. If you find a trace of that spirit here, it’s in the user-made quests found within the foundry. Cryptic may withhold key features such as loot distribution from player designers in the creation interface, but the scenarios themselves are filled with old pen-and-paper D&D scenarios come to digital life. Some are episodic, and thus provide a reason to venture back to Neverwinter when Cryptic itself is in a content drought. If the content stumbles, it's only because the rating system doesn't rotate out new entries as much as it probably should. One entertaining foundry mission called "Tired of Being the Hero" has barely budged from its top spot since the days shortly after launch.

But where do other people fit into all this? Neverwinter is curiously asocial for an MMORPG, even in the cooperative dungeons that usually form the foundation of long-lasting friendships in many of its competitors. They excel in visual appeal but fall short of any real challenge; most of the time, you're fine just chopping through foes and bosses as long as your healer isn't asleep. Healers don't even need to pay that much attention. The AI-controlled companions that heal you and aid your damage in the basic level content are allowed to follow you in, leaving Neverwinter's challenges just a notch about knowing when to stay out of the fire.

And if you talk? Humorously enough, Neverwinter's popularity across multiple countries means it's not terribly uncommon to save the world in groups of four people who don't understand a word you're saying. There's a nice "citizen of the world" vibe about its community, sure, and it serves as a nice break from the name-calling and petty arguments you find elsewhere. It's not good, however, for forming the social bonds that games like this thrive on for longevity.

For the MMO connoisseur who's more interested in wrecking his or her fellow players rather than working with them, Neverwinter also has a fun multiplayer component, but its battlegrounds are a mass of imbalances until you get to 50. Reaching the level cap unlocks the dwarven fortress of Gauntlgrym, however, and there's some fun in its 20-versus-20 battles that capture the thrill of sieges while demanding a modicum of strategy.

Most of these options existed before. The succeeding months have brought an identifiable endgame to Neverwinter that adds vitality to the game apart from the tired imperative to level an alt. These are Neverwinter's campaigns, which shuttle you off to familiar locales like Icewind Dale for the promise of sweet loot if you can stomach the unyielding repetition of daily quests. In their favor, most of these manage to escape the tube-like progression of the core zones, opting instead to dole out quests from a central location that sends you to victory among various points of the compass.

Taken together, Neverwinter's design would fall flat in a traditional subscription MMORPG, but it doesn't rank far below Path of Exile in terms of providing so much great content for so little. It also isn't as insistent on robbing you as the bandits who prowl its sewers; indeed, it's quite possible to reach the level cap without any assistance from the cash shop. Neverwinter seems to want to be the type of game that you can drop into with few complications after an absence of a few weeks or months, and it does this well.

The downside of all this is that the items you can buy are a bit on the pricey side, as if to make up for its otherwise liberal model. That's always been the case, but this tendency was most egregiously emphasized when Cryptic recently listed the price for the new Dragonborn race at $75. That borders on farcical; Skyrim sold for less when it launched. And as cool as they look, I'm not sure I could ever shake off the fear of what other players would think about my spending habits as I hulk about with my spiffy tail and scaly skin.

It's hard to hold this against Cryptic, however, since the studio gives away so much for free. Tossing money at Cryptic for lesser purchases, such as accelerators for training minions or finishing crafting tasks, certainly makes life easier, but I accomplished my recent race to 60 with my Hunter Ranger without once spending a penny. I felt a little ashamed, in fact, as though I were pirating.

But that frantic, free run up to the level cap says much about Neverwinter; in spite of its many flaws, it always manages to entertain with its movement-based combat and unrelenting action. Lose yourself in its trance, and it achieves and maintains a level of addictiveness that flags all too soon in other free-to-play MMORPGs like TERA: Rising. In a genre that's increasingly overcrowded, Neverwinter manages to establish itself as a game that's never fully boring, never too eager to rifle your pockets, and, well, never quite fun enough to stick around in for too long. 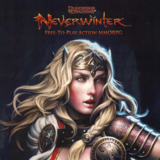 Leif Johnson spends much of his free time in MMORPGs, and he has two characters at the level cap in Neverwinter. Yes, they're both dwarves. He writes and plays games on a ranch in South Texas. 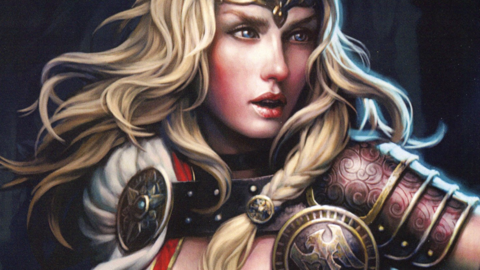 Neverwinter is a fantasy-themed Dungeons & Dragons role-playing game from Cryptic Studios that takes place in the Forgotten Realms setting.