Neverland Card Battles gets off to a poor start and goes downhill from there.

Turn-based strategy and collectible-card gaming collide in Neverland Card Battles, the latest release in the little-known Cardinal Arc franchise from Japan. And when we say "collide," we mean it, because this strategy-card hybrid is awfully close to a train wreck. Breaking out a regular deck of cards for some 52 Pick-Up is a better use of your spare time than firing up this exercise in frustration, which is afflicted with an obtuse tutorial, brutal difficulty, tedious gameplay, and eight-bit visuals.

Even with all those negatives, Neverland Card Battles could have been a contender. Developer Idea Factory certainly starts from an interesting place. The single-player campaign's backstory (there is also a storyless ad-hoc multiplayer mode) is based on tales told in the Japanese anime-influenced Neverland universe, which gives the game something of an exotic vibe from the very beginning. You play Galahad, a human gambler blessed with the ownership of a pack of magical Spectral Cards, shards of a gate that imprisons the evil god Hellgaia, who wants to destroy humanity. Given that this gate is in the process of breaking down, you are summoned to do battle by Egma, the leprechaun-like teen guardian of the gods, with the survival of the entire world of Neverland at stake. Or so it seems. Making sense of the story developed here relies on you already knowing something about the world on which everything is based, and we don't, so some of the finer details may be a bit off-kilter.

Game mechanics are also mildly innovative. Play is based on an oddly fitting mishmash of the classic board game Othello and traditional collectible-card gaming in the style of Magic: The Gathering. Instead of building decks and throwing down cards in straightforward duels, you earn the points needed to play cards by taking control of spaces in checkerboard battle arenas. In each turn, you move both your hero Galahad and any summoned allies to change the color of the board and thereby gain more card-playing power. The idea is of course to take control of more boxes than your opponent and use the points earned to play and maintain the most formidable card army on the board. Combat itself plays out in a fairly conventional fashion for a collectible-card game, with each card representing warriors, mages, monsters, and spell effects. All have various special attributes: stats such as hit points and attack damage, costs for use and maintenance, and so forth. As with every other card-based game out there, battles involve a mix of strategy and luck. You need good fortune when drawing cards and solid tactical thinking when it comes to determining the right time to play them.

Sound simple? It sort of is, although Neverland Card Battles sure doesn't take it easy on you. The tutorial is more of a sample battle than an actual primer on how to play the game. Your supposed teacher, Egma, tosses off a couple of brief comments about the fundamentals of play, but then simply settles in to a duel that is awfully tough for a novice to win. No actual tips are provided regarding card selection, movement strategy, when to play specific cards, or even how to move. You're just stranded in the middle of a match and have to figure out what to do by watching your opponent's moves. Expect to lose this opening "tutorial" battle a couple of times while figuring things out. You can't skip this fight, either, because the campaign isn't unlocked until you emerge from it with a victory. Even a draw isn't good enough.

Things don't get any easier when you progress to the actual campaign. Battles are extremely tough, considering that you have to face a computer-controlled opponent that not only knows the deck inside and out, but also seems to get some incredibly favorable draws while you get stuck with underpowered crap that you don't want to play or overpowered crap that you can't afford to play. The learning curve levels off somewhat as you move through the dozen or so matches, but it still takes many hours before you learn the deck well enough to feel like you're on a level playing field. The game's checkerboard battlefields tend to be huge, too, which drags out the frustration early on because it takes so long to stumble through each match. Even after you've mostly sussed everything out, the big maps still put too much territory between you and your enemies when duels begin. Limiting you to drawing just a single card per turn throughout games, even when you're down to holding one card in your hand, also slows everything to a crawl. Almost all of these irritants would have been avoided with a more thorough and comprehensive tutorial, which could have at least explained the card limitation and the strategy that you might employ when starting at such a long distance from your opponent. It's hard to imagine why the developers didn't make more of an effort here. A proper walkthrough of the deck and the strategic concepts behind play is sorely needed, especially for those without collectible-card-game experience.

You don't need to have any experience with other collectible-card games to know that this one is ugly. Aside from the close-ups of the oft-beautiful card art displayed when you go into battle or pull up a card to check its numbers, everything here is blurry. The battle visuals are so rough and indistinct that it is just about impossible to tell one summoned creature from another; they're all little more than colored blobs on a checkerboard. Dueling screens are even worse, with slightly larger blobs duking it out via simplistic animations that you would normally need a time machine to see in this day and age. Audio is similarly old-timey. The soundtrack is the same old triumphal ode that has been featured in games going back to the Sega Genesis, and the voice acting is the standard sub-Saturday-morning-cartoon junk depressingly common to anything inspired by anime. Vocals are at least unintentionally hilarious at times, especially when characters start yelling in the middle of sentences for no reason whatsoever.

A sense of promise wasted is what lingers after giving up on Neverland Card Battles. Combining turn-based strategy with card-based combat is certainly an intriguing concept, but a series of terrible design decisions blows any opportunity of blending these concepts into a successful game. 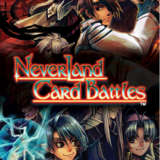 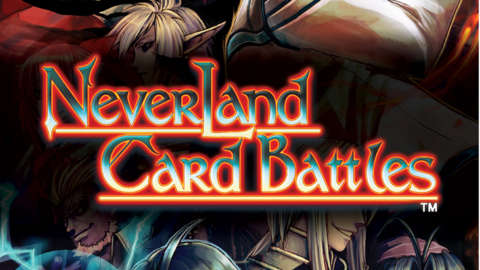