Neo Contra is filled with over-the-top shooting action and twitch gameplay, so it's good for some kicks, even if the game ultimately doesn't provide much depth or challenge.

Old-school shooters are experiencing a bit of a revival lately, at least if Konami has anything to say about it. The company had a lot to do with the shoot-'em-up genre's proliferation back in the '80s, thanks to hits like Gradius and Contra, and now is delivering nostalgia-inducing sequels to its old hits. Neo Contra for the PlayStation 2 is the latest of these. It's a pure arcade-style shoot-'em-up based on Konami's classic side-scrolling action game from 1987, and it can be played by one player or two players simultaneously, much like the original. 2002's Contra: Shattered Soldier took a similar approach, and while Neo Contra plays out a little differently (mostly from a top-down perspective), it's still a short-lived experience that tries to derive lasting value from compelling you to play through its handful of stages over and over, until you've memorized everything and ceased making mistakes. The stages themselves are filled with over-the-top shooting action and twitch gameplay, so they're good for some kicks, even if Neo Contra ultimately doesn't provide much depth or challenge.

In Neo Contra, you'll blast your way through five core stages in an effort to take out the titular gang of high-tech terrorists. The game's main characters are Bill Rizer, the spiky-haired, cigar-chomping protagonist of all the Contra games, and his new partner, a futuristic samurai called Jaguar. The characters are identical in practice, and can unload a continual stream of heavy firepower while quickly dodging enemies and their rather slow-moving bullets. The game opens by inviting you to choose from four different stages, which can be played in any sequence (a fifth and seemingly final stage opens up afterward). Each one pits you against an onslaught of enemies and culminates in a battle against one the "Elite Four," which seems to be poking fun at Metal Gear Solid's FOXHOUND terrorist group, what with its team members like Plant Contra and Animal Contra--the latter of whom happens to be a nasty-tempered, militaristic talking dog.

Neo Contra doesn't take itself seriously, which is readily obvious even in the game's gleefully over-the-top introductory cutscene (which is so insane that it pays homage to both The Matrix and Seven Samurai in the space of a couple of minutes). If anything, the story is a little too central to the gameplay. The stages tend to culminate in surprisingly drawn-out cutscenes that just don't fit well with the bloody, no-nonsense action, aren't very interesting anyway, and can just as easily be skipped after you've seen them once. The fact that you'll invariably get a real downer of an ending the first time you finish the game is also kind of disappointing, though so is the fact that you'll probably reach this ending within two hours.

The stages are short but exciting. They make no apologies for their ridiculous scope, and despite the game's attempts at a story, they provide no real explanation for what's happening. Probably the most absurd level takes place with Bill and/or Jaguar running like mad on top of a helicopter rotor, as though it were a perfectly solid platform, all while dodging a hail of rockets and giant bugs and things. There's also a boss fight that takes place as you plummet toward the ground, and a fast-paced sequence in which you're riding atop a dinosaurlike creature. No single sequence is particularly prolonged; the stages can actually be finished in about 10 minutes or less. They're packed with variety but don't try hard to draw out the action. For example, you'll find that some of the game's tougher-seeming foes seem to go down a lot easier than you'd expect. Part of the pleasure of shoot-'em-ups like this lies in painstakingly chipping away at near-unstoppable foes, but no single enemy in Neo Contra can withstand your attacks for very long. This is partly why Neo Contra just isn't as difficult as shoot-'em-ups traditionally are. Since Neo Contra lacks the masochistic difficulty levels of the genre's greats, it also lacks their grueling intensity.

Much like Shattered Soldier before it, Neo Contra abandons the Contra series' tradition of requiring you to pick up power-ups as you fight. Instead, you just pick from one of several different weapons loadouts when you first begin play, and you'll be stuck with it until the bitter end. Each configuration features two standard weapons and one lock-on targeting system that's strictly for use against flying foes. Until you unlock some highly overpowered variants, the first of the three standard-issue configurations is probably the best. With it, you get a rapid-fire machine gun for spraying down swarming foes, an extremely powerful but slow grenade launcher for concentrating damage, and a missile system for taking out aerial threats. The second configuration seems least effective, since its slow-shooting charge beam and close-range flamethrower just aren't counterbalanced well enough to capably deal with most of the game's threats, and its antiair laser system isn't that great, either. The third configuration features a shotgun-style version of the Contra series' classic spread shot (which makes its triumphant return here, after its disappointing omission in Shattered Soldier), Contra's signature fireball gun, and a deadly antiair electric charge. Things get slightly more complicated than just unloading with these various guns, though.

At any rate, whichever weapon setup you choose, you'll be able to rapidly switch between the two primary weapons with L1, continually fire them with the square button, and paint targets for your antiair weapons by holding down the triangle button (releasing the button launches the attack). Most of the action in Neo Contra takes place from an isometric perspective, and though you cannot jump, you may freely shoot in any direction along the horizontal axis just by running in that direction while pressing the fire button. Sometimes--oftentimes--it's desirable to lock your shooting trajectory so you can freely move about while firing in one direction. You do this by pressing and holding L2, whereas by pressing and holding R2, you may freely rotate in place. In practice, you'll have to frequently use the L2 button almost like a gas pedal, easing off it to fine-tune your aim while keeping on your toes and remaining mobile. It's a clunky system at first, but it grows fairly intuitive with a little practice.

The presence of multiple alternative button configurations doesn't change the fact that the right analog stick is conspicuously underutilized in Neo Contra (which is to say, it isn't used at all). This game is fundamentally similar to dual-joystick classics like Robotron 2084 and Smash TV, and yet the PlayStation 2's dual analog controls are not used here in the manner you might expect. Having to run and shoot in separate directions simultaneously by manipulating the controller's shoulder buttons just doesn't feel quite right, though it certainly makes the game tougher. Still, the challenge ought to have come completely from the game's hordes of enemies, not from its somewhat finicky controls. In practice, it feels a little silly to have to make jerky motions just to change the direction of your fire.

Like in most any classic shooter, there's no ammo to worry about here, so when in doubt, you just keep firing. You do have a couple of extra abilities. By pressing the X button, you may execute an "evade" maneuver--essentially, you spin in place and are completely invulnerable while you do so. It's as useful as it sounds, though it's possible only while standing perfectly still. Pressing the same button while moving the left stick in any direction instead causes you to perform a fast dive in that direction, which doesn't make you invulnerable, but can still be useful for dodging a deadly attack. Shooting while dodging is the name of the game--one direct hit, either from a bullet or from direct contact with an enemy, and you lose a life. Lose all your lives and you may continue either from a checkpoint or from the beginning of the stage (the latter option potentially means earning a better rating at the end of the stage). More lives are unlocked as you play. There's an optional easy difficulty setting, but even at the default normal setting, you should be able to blow through the game quickly, thanks in part to all the lives and continues you get.

Playing Neo Contra in two-player mode obviously adds to the appeal but doesn't really add depth. You get double the firepower, but the bosses and other enemies in the game don't really go down any faster, so the experience is about the same. Except with a lot more slowdown due to frame-rate drops. A second player can't jump into the action at any time--you need to start a two-player game, and, annoyingly, you can't quit out to the main menu unless you lose all your lives (say, if you want to start a two-player game, or switch weapons or characters). In a two-player game, if one player runs out of lives, in classic Contra fashion, that player may "borrow" the remaining player's extra lives one at a time to stay in the action.

Neo Contra looks OK. In many of the sequences, your character is really tiny onscreen, making it difficult to tell which direction he's aiming. Still, there are some cool details here and there, like shell casings pouring out of people's guns, and pools of gore in the wake of some of the nastier explosions. The blood's great and everything, but it earned this game an unnecessary M rating; we played games just like this when we were kids. A few of the game's enemies are pretty memorable, in that creepy late-game Aliens-inspired manner that's typical of Contra. You'll fight walking tongues, grotesque alien baby heads, mouths within mouths, and other such delights. The game's frame rate is perfectly smooth for the most part in single-player mode, but unfortunately bogs way down in specific instances, and often chops up pretty badly in two-player mode. Meanwhile, Neo Contra's sound is serviceable but forgettable. Some really forced English voice acting encourages you to skip the cutscenes, while the effects in the gameplay sequences consist of some repetitive grunts, decent weapon effects, and what sounds like dance music. Neo Contra's soundtrack consists almost entirely of techno beats that help establish the fast-paced theme of the game but seem a little too upbeat and just aren't very interesting. Also, the game's introductory cutscene features a pop song that's all about Neo Contra, which contributes to that cutscene's incredibleness.

Fans of the Contra series will probably find a number of things to smile about in Neo Contra, and they'll also discover that, despite the game's very short length, it offers some decent unlockable extras--some additional weapons, characters, and features like a gallery with concept art. Nevertheless, since the game itself is a simple, straightforward shooter without much meat on its bones and without any terribly impressive graphics or sound to wow you, it probably won't last you long. It can be pretty fun for a while, though, so it's a fine choice for a rental. 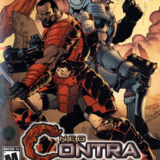 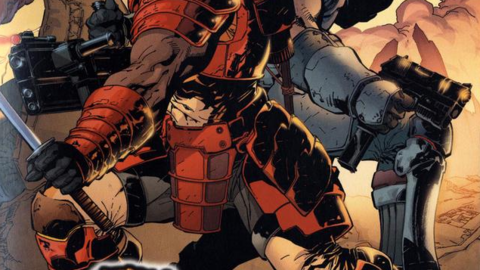 Neo Contra is filled with over-the-top shooting action and twitch gameplay, so it's good for some kicks, even if the game ultimately doesn't provide much depth or challenge.