People expecting the new Wizardry may be disappointed, but adventure gamers will find a lot to like.

Sirtech's Wizardry games form one of the oldest and most revered lines of computer game ever released for the PC. They were always games for hard-core role players, with complex combat, deep stories, lots of stats, and tons of gameplay. A new Wizardry - Wizardry 8 - is in the works, but until then Sirtech has decided to take the series in a radically different direction. Whether this is the right direction or not depends on how you like your gameplay.

It's very clear from the box and packaging that this is not intended to be a new Wizardry RPG. The subtitle proclaims "A Wizardry Adventure," meaning we're to expect something closer to a Sierra game than a Wizardry title. In truth, Nemesis has nothing to do with Wizardry except that Sirtech made it and wanted to use their highly visible, trademarked series name to give it some added cachet. There is no overlap in story, world, or content with the other Wizardry titles; this is a straight adventure game with some modest combat and spell casting for beginning to intermediate gamers. As such, it's quite a handsome one.

In Nemesis, you play a lone hero setting out to save the world from a force known as the Nithos Shadow. This shadow is the offspring of some ancient magic that is once again emerging, wreaking havoc on the countryside. A sage in the high council of the city of Galican sends you on a quest to uncover the secret of the shadow and stop the threat. This force is part of an ancient power discovered long ago by a society known as Nithera. Though not themselves evil, the Nitherin Mages tapped into this unknown power, lost control of it, and were annihilated. All that remains are seven magical talismans, which resurface from time to time, causing destruction.

Your quest is to locate the talismans and deal with the threat, making sure that it never resurfaces again. Along the way you encounter a variety of characters, some helpful, some not, some who just want to separate your head from your torso. You also have to learn why this force is targeting you, and what your link is to the Nitherin Mages.

Gameplay itself is straightforward and involves several different aspects, including object manipulation, real-time combat, and puzzle solving. The graphics are handsome, featuring a diverse mix of prerendered environments navigated from a first-person perspective. You step through these screens Myst-style, though an option also creates an animation that makes one image "slide" to the next, so it appears like a flowing, 3-D world. The screen is dominated by your perspective, with no frames, giving you a wide view on this detailed world. A pop-up command bar at the bottom of the screen gives you access to a variety of functions: managing inventory, viewing a log book of your actions, entering combat (also done by hitting the spacebar), checking the compass, and "fast equipping" your character with new weapons.

Inside the inventory, you can equip a "paper doll" of your character with weapons and articles of clothing. Objects can be combined in the inventory, and then used on an object in the world. For instance, at various points you pick up an empty jar, a female bug, and a male bug. Put the bugs in the jar together, then use them on a tree blocking your path, and these termite-like critters reproduce and eat the tree away.

At the top of the screen are icons for your various spells, which are tied to earth, air, fire, and water. There are eight potential spell icons, each with two properties: one offensive and one defensive. If you use one spell on an enemy, for example, it creates a foggy mist to obscure you. If you use the same spell on yourself, it heals your wounds. Health and magic levels are tracked with colored bars and increase over time or through magic. It's a fairly easy interface to use, right down to the combat. When in combat mode, your hands appear on screen with whatever weapons are in them, and you use the right mouse button to strike with the right hand, and the left for the left hand.

While the game's straightforward gameplay is easy to handle, it's pretty conventional. You walk around some interesting locations - a forest, caves, a town, a sewer, castles, a crypt - collecting objects, solving puzzles, meeting characters, watching cut scenes that further the story, and fighting. These diverse elements succeed at different levels. Few of the puzzles are real brain twisters, though many might take a few passes to thrash out. There are a good variety of puzzle types, from traditional object use to single-screen twiddle puzzles and Eye of the Beholder-style levers and platforms. None will pose a serious challenge for experienced adventurers, but there's enough here to keep you interested.

Combat is another matter. While I like the smooth implementation of a combat and spell engine, I found the combat itself became the kind of monotonous click-fests I thought we'd left behind. Its three steps: 1) Enter combat, 2) Click to hit enemy, 3) Repeat as necessary until, a) enemy dies, or b) you die. The monsters are all wonderfully rendered and animated, but after a few levels of this I grew bored with the simplistic approach. I also wasn't keen that you couldn't adjust the power level of spells: They tend to drain all your magic energy, leaving you with only one shot in combat.

It's also hard not to fall into a pattern of pixel-hunting in every screen: running your cursor over the screen waiting for it to turn into a hand, signifying the location of something important. Frustratingly, many objects are in the scene but cannot be used or manipulated, despite the fact that they're designated as hot spots and come with a pithy comment and description. If it's not necessary and adds nothing to gameplay, why make it a hot spot?

The important thing to remember about Nemesis is that it's not a role-playing game. There are characters stats, but they're preset, and though the character's abilities increase with use, this aspect is handled very simply. It is in fact a hybrid RPG-adventure title that is mostly adventure, and as such it's quite entertaining. People expecting the new Wizardry may be disappointed, but adventure gamers will find a lot to like. 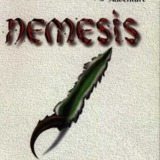 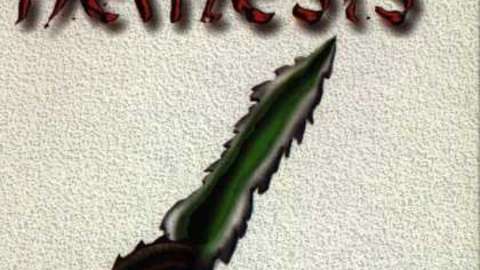 People expecting the new Wizardry may be disappointed, but adventure gamers will find a lot to like.