V-Rally has nothing in common with the previous NFS games.

Need For Speed: V-Rally is the latest Electronic Arts entry into the racing world. However, don't be fooled by the title. This game has nothing in common with the previous NFS games, and wasn't even programmed by the same team. EA simply picked up the rights to V-Rally, brought it over from Europe, and slapped the NFS name on it..

EA also ported over all 42 tracks and 11 cars as well, an impressive lineup compared to most racing games. This is one of V-Rally's biggest draws, because even though there are so many tracks, they don't suffer from weak layout or boring level design. Each track has its own look, and there are plenty of conditions (dirt, asphalt, snow, rain) to race in. Rally fans take note, the car lineup is a nice collection of rally cars, including the Subaru Impreza, Mitsubishi Lancer, and various other name brand cars.

V-Rally has some of the nicest-looking graphics around, with smooth backgrounds and colorful scenery. The tracks are pleasing to the eye. The cars themselves look good as well, although not as detailed as the tracks. The sound effects are average, nothing great but at least the engine sound lacks that annoying whine that can plague racing games. The music is fairly good, composed of the typical rock-type music found in racing games, with a few tracks slightly above par.

The biggest draw to V-Rally is the graphics and the huge number of tracks. However, looks and tracks alone don't make a game. And this is where V-Rally falters. The control, to put it bluntly, is horrible. The cars spin out much, much too easily, and even with understeering turned all the way up in the options, the cars still tend to go wild. Granted, some cars do turn better than others (the bigger cars tend to flip uncontrollably at the slightest touch or bump), but even the best-handling cars suffer from bad control design.

All in all, V-Rally could have been one of the best driving games ever, but because of its shoddy control, it simply becomes a great-looking game that isn't worth playing. If you're in the market for a driving game, there are several better choices out there. 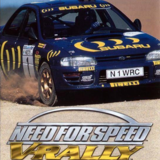 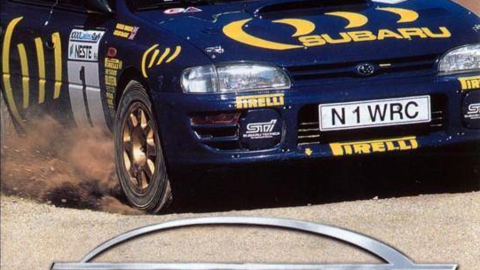 V-Rally has nothing in common with the previous NFS games.