Need for Speed Uninspired would be a better name for this mediocre racer.

The Departed. Donnie Brasco. Reservoir Dogs. There are many great undercover adventures. Do not count Need for Speed Undercover for the Nintendo DS among their number. With shoddy graphics, bland environments, and dubious control, Need for Speed Undercover is a barely passable racing game. And on the scale of undercover adventures, it's trumped by the likes of Kindergarten Cop and White Chicks.

Normally it's not fair to compare a video game--and a DS game at that--to a film, but the latest Need for Speed title aimed to be nothing less than a cinematic tour de force, promising an "action-packed story of pursuit and betrayal" right there on the box. While EA did enlist some Hollywood names in Maggie Q and Christina Milian, it squandered their talent by only including still photos and text for each character, rather than the cheesy full-motion videos the franchise is known for. And boy, is the writing bad. Out of the blue, a woman named Rose calls and says, "Hey, hey, Pretty Boy! We noticed you! 'Cause your moves are hot! Let's race out on the highway! Then maybe you can be my boyfriend!" Racing ensues. Don't count on any additional exposition. You're forced to pop in the console version of Undercover in order to fully understand the plot, which apparently involves a hot car and some sort of package. Then again, if you're playing a Need for Speed game you didn't come for the story. You came to race. That, too, is uninspired.

Events are broken down into several basic categories. In Hot Car, you must take a stolen ride to the safe house, avoiding police entanglements. In Cost to State, you knock over stop signs and phone booths to cause destruction to the city and its budget. In Highway Battle, you take to the interstate and attempt to simply overtake your opponent, dodging the few cars on the road that love changing lanes for no apparent reason. In Scramble, you ditch your undercover guise, grab a Porsche police cruiser, and track down baddies. And in All Points, you simply track down and arrest one of the "boss" characters. There are also standard sprint and circuit races.

The selection of events in itself isn't bad, but the implementation is. In All Points, these intense boss fights may last only a few seconds, thanks to the speedbreaker slow-motion mechanic. Simply engage the speedbreaker, ram your enemy head-on, and wait for a handcuff meter to slowly fill. The collision physics are laughable, and you can continually ram an opponent, inexplicably bouncing him backward, and then make the arrest. In Cost to State, it's quickly clear that knocking over road cones for $50 a pop isn't going to net you the $15,000 needed to complete the mission. Instead, you learn to actively engage and ram the police, the one thing that you are supposed to avoid. Then you engage speedbreaker, ram the cop until his car is totaled (you don't take any damage), net a $2,500 damage bonus, and seek out the next cop. Finally, the computer opponents in the standard street racing modes will occasionally refuse to be beaten. But with these few exceptions, Undercover is entirely too easy. You can usually take a sharp turn at full speed, bounce off the wall, and continue on your way without losing much speed, if any.

That wouldn't be so much of an issue if the Tri City Bay Area wasn't so generic a racing venue. The morning commute is a breeze because there is absolutely no traffic. The backdrops are a drab collection of lifeless buildings, construction cranes, and an occasional bridge--you might as well be in Communist Russia. During races, the touch screen is used as a map only, and tapping it will zoom you in and out, much like in Mario Kart DS. Another feature shared with Nintendo's racer is that you can apply the handbrake to drift around corners, though the control is very loose and you're more likely to end up in the wall than on the track. In the event that a wall does slow you down, a quick press of the nitrous button will have you back in the lead in no time. Undercover does a good job of conveying a sense of high speed when you unlock the more high performance vehicles, but it moves almost too fast. You're forced to constantly glance at map and then anticipate sharp turns as you approach them. By the time you actually see the turn on your screen, there's no time to react because of the miniscule draw distance. The speedbreaker helps here as it not only slows down time but dramatically improves your turning ability. And thanks to the aforementioned physics and collision system, you'll likely bounce off the wall anyway. Still, it would be more fun if you relied on your reflexes and vision rather than a top-down map in order to win races.

Car junkies will get a kick out of the garage, at least. After beating every career race, we managed to unlock a total of 19 cars, including the Ford Mustang Shelby GT500, Dodge Viper SRT10, Nissan GT-R, Porsche Carrera GT, and Lamborghini Murcielago LP640 (13mpg on the highway!). You can customize your look by purchasing a few body kits, rims, spoilers, and decals, and you can even design your own decal if you can survive the headache-inducing editor tool. There are also three levels of performance upgrades for your engine, nitrous, steering, brakes, and tires, though they do not include real-life licensed parts as in past NFS games. You do get a great feeling of ownership over a high-performance, customized ride because the upgrades are so tangible. A top engine upgrade will likely add 50mph to your top speed.

Both single-card and multicard multiplayer are supported, though single-card supports only two tracks and doesn't allow you to select a car. In terms of a racer, it's hard to recommend Undercover over notable DS games such as GRID or even Mario Kart DS. And as an undercover adventure? You'd do better to pass on this and rent Point Break or, heaven forbid, Undercover Brother. 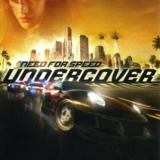 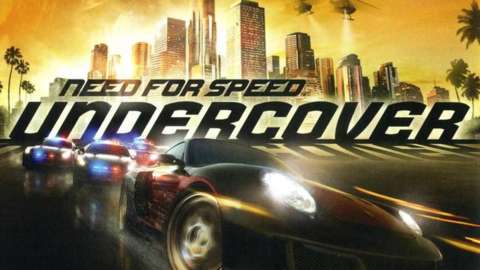