Need for Speed: The Run Review

It comes to a halt too frequently, but when it's speeding along, Need for Speed: The Run makes cross-country racing a joy.

There's a whole lot of America between San Francisco and New York City. Need for Speed: The Run's greatest achievement is the way it sometimes captures the thrill of hitting the open road and experiencing the varied beauty of the American landscape, from the mountains and the prairies to the small towns and skyscrapers. Unfortunately, issues arise that sap some of the momentum from your cross-country trek, but The Run spends enough time doing what it does best to remain an enjoyable journey.

You play as Jack Rourke, a racer who has gotten in way over his head with the mob. His friend Sam promises an end to his problems if he can win a cross-country street race and the huge payout that comes with victory. Sadly, The Run's attempts to make you care about Jack's plight fall flat. The talents of actors Sean Faris and Christina Hendricks as Jack and Sam are wasted; their voices emanate from character models with mouths that move oddly and faces that express no emotion. What's more, the story doesn't even make sense. Certain rivals whom you pass early in the race show up again when you're in the home stretch. Thankfully, after an early cutscene that sets up the premise, the game wastes little time with its flimsy storytelling and lets you focus on driving.

The cars in The Run feel good to drive. The wide range of vehicles on offer includes sports cars that respond tightly to your every command and muscle cars that are tough to tame, but regardless of what you're driving, racing in The Run is about balancing speed with control. Sure, you've got highways on which you can gun the throttle and cruise at top speed, but more often than not, you're on stretches of road with some tricky turns. Using your brakes effectively, maintaining a smart racing line, and speedily exiting the turns is crucial to maintaining a good time, and it feels great to put these powerful cars through their paces.

Unfortunately, you may sometimes find yourself in the wrong car for the job. With a few story-related exceptions, Jack can only change cars at gas stations, and in some stretches, these are few and far between. As a result, you may get into a muscle car to power through a stretch of highway, only to wind up facing a particularly twisty road that the muscle car is not ideal for in the next event. This problem is exacerbated by the fact that there's no easy way to return to an earlier event that offered a gas station and choose a different car. If there's no gas station in your current event, you're stuck, and must make do with what you're driving.

Jack's got to make the entire drive from San Francisco to New York, but of course, you're only responsible for driving a few hundred miles of that journey. The Run keeps the pressure on in each event by requiring you to meet one of a few objectives. On some stretches of road, you need to pass a certain number of other racers before reaching the finish line. In other events--called battle races--you also need to pass opponents, but here, you need to face them one at a time, getting ahead of one before a timer reaches zero and then moving on to the next. And some events are checkpoint races; just you against the clock. Many events are challenging tests of your driving talents, and it's a thrill to pass a checkpoint in the nick of time or slingshot past an opponent in the final stretch of a race.

It's not just the cars themselves that make driving in The Run enjoyable. It's also the places you go. Starting in San Francisco, your path takes you through Yosemite National Park, the Rocky Mountains, downtown Chicago, and plenty of other locations. The roads in The Run aren't entirely faithful to the real roads that inspired them, but they admirably evoke the beauty one might witness on a scenic trip across the United States. From driving in the Las Vegas dusk to speeding across the rolling Nebraska plains, the varied surroundings for your travels convey the feeling that you're covering a lot of ground, and part of the fun lies in seeing what richly detailed natural or urban landscape you'll be driving in next.

You need to contend with more than just your aggressive fellow racers as you travel through these beautiful settings. In some events, police try to stop you by doing brake checks and setting up roadblocks. You can hear their chatter, though, and see upcoming roadblocks on your minimap, so while it's fun to trade paint with these officers, they don't pose much of a threat. Then there are environmental hazards, such as an avalanche that occurs as you're heading down a mountain. Like the cops, these events aren't likely to cause you much trouble, but they make for an impressive spectacle.

Unfortunately, as exciting as the racing can be, it's too often interrupted. When you wreck or go too far off the road, you're automatically reset to the last checkpoint you passed, and these resets can take several seconds. It's especially frustrating when these interruptions occur after your car goes ever so slightly off the asphalt. In some places, you can go off road without penalty; in others, even a slight deviation from the course immediately triggers a reset. These interruptions, coupled with the long load times that occur before races and for resets, sap some of the speed from a game that's all about forward momentum.

Other interruptions come in the form of The Run's much-publicized on-foot sequences. These extended quick-time events make up a small part of the game, which is good because they're not much fun. There are also a few sections of The Run where you need to worry more about avoiding gunfire from mafia cars and helicopters than racing effectively. These attempts to bring some Hollywood excitement to The Run backfire; it's just not enjoyable to constantly swerve to avoid the attacks of your mob pursuers.

Your total clocked, competitive time driving coast to coast will probably be a little more than two hours, though that doesn't factor in checkpoint resets and events you fail and need to redo. The Autolog system tries to fuel the fires of competition by constantly showing you how you're stacking up against your friends. But unfortunately, the game doesn't make returning to the cross-country race a welcoming experience. You can't jump to individual events; rather, you need to replay entire stages, which are collections of anywhere from four to seven events. This means you also need to replay any on-foot sequences and rewatch any cutscenes that occur in that stage. It's enough to make the prospect of hitting the road again a lot less attractive. You can also put your skills to the test by trying to earn medals in a series of single-player challenges that you unlock as you make your way across the country, and success here can unlock new cars for you to use on the cross-country run itself.

Racing online against human opponents is more exciting than revisiting the single-player experience. Online races are divided into playlists that are centered on things like urban-street racing and muscle-car battles, so you can easily jump right into the kind of action you want, though you're locked out of a few playlists until you complete a certain number of multiplayer objectives on other playlists. These objectives include things like completing three passes using nitrous and placing fifth or better in three races, and it doesn't take long to open up all of the playlists. Flaws do mar the experience--your opponents' cars sometimes teleport around the road a bit or appear to fly through the air unrealistically--but it's nonetheless satisfying to leave human players in your dust.

It's frustrating, though, that whether you're playing solo or multiplayer, distracting text constantly appears onscreen to inform you that you just earned 30 experience points for drifting or 50 XPs for cleanly passing an opponent. Early on, you unlock driver abilities like nitrous and drafting with XPs, but once that's out of the way, most of the rewards you earn are just new icons and backgrounds for your Autolog profile. This makes the XP system seem entirely unnecessary, nothing more than a hollow way for the game to try to keep you playing.

It's a shame that The Run doesn't deliver more fully on the potential of its premise. It's bogged down by unnecessary quick-time events and annoying mob chases, a halfhearted attempt to tell a story, and frustrating interruptions to your racing. In spite of these burdens, the game frequently makes you feel like you're tearing across the varied terrain of this vast and majestic country. There are enough of these good moments--moments when you put the pedal to the metal on a desert straightaway or nail a hairpin turn on a twisty mountain road--to make this a road trip worth taking.

View Comments (16)
Back To Top
7
Good
About GameSpot Reviews 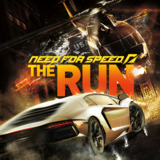 Need for Speed: The Run
Follow
$0.01 on Walmart
Buy 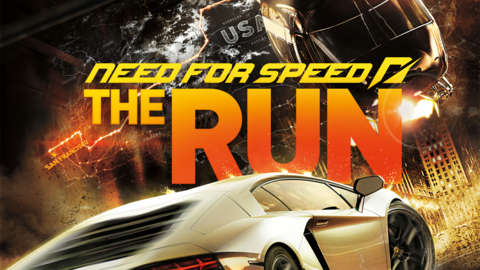 Need for Speed: The Run

Need for Speed: The Run will lure you into an underground world of illicit, high-stakes racing.