New life on the old roads.

"Damage critical." The words appear on the screen in red, sending a rush through me. One more hit and I'm done for. It's too far to the nearest repair shop; I know I need to make it back to a hideout fast or I'll lose everything. I gun it, relying on my reflexes to help me evade the police, with their spike strips and their reckless attempts to run me off the road. There are only two possible outcomes: the triumph of big risks taken and big rewards achieved, or the agony of seeing everything I've earned slip away in an instant. Which will it be this time?

Despite being the work of new developer Ghost Games, Need for Speed: Rivals is clearly a game in the mold of Criterion's entries in the Need for Speed series, particularly 2010's excellent Hot Pursuit. In this game, as in that one, you step into the cars of both cops and racers and cruise around a gorgeous open world, completing events that require you to either evade the law or enforce it. Of course, enforcing the law here isn't a matter of asking drivers to politely pull over; instead, it involves ramming racers at speed, using spike strips and shock rams, and wrecking the elusive racers' vehicles by any means necessary. As a racer, you have plenty of tricks up your sleeve as well, including shock waves that damage and repel nearby vehicles, and jammers that prevent the cops or your fellow racers from using their own weapons against you.

This wild technology can get you out of a tight spot as a racer or help you incapacitate one as a cop, but it's your skills as a driver that matter most. Weaving through traffic and around roadblocks, drifting smoothly around turns, and making smart use of your limited nitrous can make all the difference, and dividing your attention between driving skillfully and making the most of your tech is wonderfully stimulating. With so much going on at once, it's not unusual to feel like you're operating on pure instinct, and when you get into that zone, Need for Speed: Rivals is aggressive arcade racing bliss. These cars feel hefty and substantial, so as you side-slam a cop or hit a racer from the rear, you can almost feel the clash of metal on metal in your bones.

Most of this could have been said about Need for Speed: Hot Pursuit too. And the event types that are scattered around the landscape are standard stuff: straightforward races, time trials, hot pursuits in which cops try to bust racers before they reach the finish line, and so on. But there are two things that reinvigorate this familiar gameplay in Rivals. One of those is that, by default, you always share the world with other players. Those players might be cops or they might be racers, and as you cruise around trying to complete objectives to advance your own career, your experiences and the experiences of these other players might collide. If you're playing as a racer, for instance, someone playing as a cop might start pursuing you, whether you're in the middle of an event or you're just cruising around.

And if you're a cop, hunting a human player across the winding roads of Redview County--an environment that offers no shortage of obstructions you can smash through and shortcuts that you can take advantage of--is more exhilarating than pursuing artificially intelligent prey. Other games in the series have had multiplayer options that pit cops against racers, but here, the multiplayer is seamlessly integrated into the world at large. You can encounter other players at any time, and as a result, the world feels alive in a way that earlier games in the series haven't. If you choose not to share a world with other players, AI cops and racers roam the roads, so there's still a chance you'll run right into a high-speed chase or some other action even when you're playing alone.

The seamlessness with which events are integrated into the world does carry with it the occasional downside. If you start a race, for instance, while being pursued by cops, the cops might crowd around you during the few seconds before the race starts, during which you're immobile. Once the race begins, you're hindered by the cluster of cop cars surrounding you, while your opponents speed off unhindered. Your opponents slow down significantly if you fall behind early, though, giving you a conspicuously artificial opportunity to catch up. And it's frustrating that, while you're being pursued as a racer, you can't use the GPS function to set a waypoint for the event of your choice.

The other element that makes Rivals particularly exciting is the irresistible risk-versus-reward mechanic you're constantly faced with as a racer. As you roam the roads, completing events and escaping the cops, you build up a score multiplier, and eventually, you're racking up the speed points you need to purchase new cars and upgrade existing ones really quickly. But your heat level also increases, meaning that the cops become increasingly aggressive in their efforts to hunt you down. It becomes extremely tempting to press your luck, to take one more risk, complete one more event, and reap the rewards. But if you're busted--which can happen anywhere at any time, until you make it back to a hideout--you lose all of the speed points you've accrued on that outing. It's deliciously excruciating to see all your points slip away, and narrowly escaping the law to make it back to a hideout with a fat stack of points makes you feel like the king of the road.

And what a beautiful road it is. There's nothing decidedly next-gen about the look of Rivals, but it's still a gorgeous game. Redview County is lush and inviting, with leaves blowing in the forest winds, waves crashing on the coast, and pleasure seekers hang-gliding in the clear blue skies. At least until the weather changes. At that point, a thunderstorm might lend an ominous atmosphere to a dangerous race along a cliffside. Whatever the forecast, the cars themselves, and the collisions they tend to get into, look spectacular, sending showers of metal and glass in all directions.

Need for Speed: Rivals is very much in the tradition of Hot Pursuit, but that great, familiar gameplay has been infused with enough new elements to make it as thrilling here as it's ever been. It sure is good to hit the open road again.

View Comments (372)
Back To Top
8
Great
About GameSpot Reviews 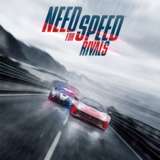 Carolyn was introduced to the thrills of wrecking her rivals in Criterion's racing classic, Burnout 3: Takedown. She spent four hours playing Need for Speed: Rivals at a multiplayer event organized by EA and played for many more hours in the GameSpot offices. 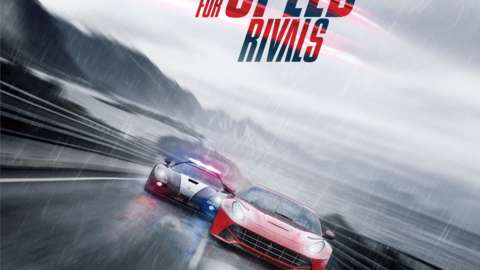 Need for Speed Rivals is an action racing game that aims to capture the intensity of the street's ultimate rivalry between cops and racers in an open-road environment.