Straight from the underground.

The Need For Speed series has always been something of a chameleon. At various points, it's been a police chase simulator, a realistic track racer, and even a Cannonball Run-style action movie on wheels. This latest Need For Speed follows in the footsteps of the first Fast and Furious film by exploring the white-knuckled world of illegal street racing. While it's not a completely novel approach for the series (Underground covered tuner car culture over a decade ago), it does open a few new avenues for Need For Speed's arcadey but nuanced style of racing--most notably in its progression and customization systems.

At one point during my playthrough, however, I hit a wall. Metaphorically. I'd been building my stock Subaru into an unstoppable tuner beast for nearly 15 hours at that point, but for whatever reason, I just could not get past the most recently unlocked story missions. I tried and retried until I finally decided to grind through smaller side events to earn some "rep" and cash. This extra currency, I hoped, might let me upgrade my way to victory. I did eventually conquer those missions, and in the process I learned two extremely valuable lessons: Using a single "balanced" ride for both drift and race events is a terrible idea at higher levels, and despite all of the frustrating nonsense Need For Speed put me through, I was always excited to dive back in.

The game is far from perfect, but it is, at points, truly exceptional. Its jaw-dropping visuals, adrenaline-pumping audio, and highly-customizable handling make screaming around the darkened streets of Ventura Bay an intense thrill. The sense of ownership that comes with tuning a single ride to perfection rather than simply grabbing the flashiest vehicle available proved tremendously rewarding. Even just the breathtaking speed of upgraded vehicles makes the driving in Need For Speed absolutely gripping. This foundation of gratifying gameplay anchors the experience, while the rest of Need For Speed's specifics run the gamut from equally outstanding to smash-your-controller frustrating.

Take the goofy yet oddly endearing narrative: the live action cutscenes contain hit after hit of stilted acting, awkward dialogue, and unwarranted fistbumps without advancing anything resembling a plot. Weirdly, none of these scenes actually take place in cars, and for some reason, every single one starts with someone arriving and ends with someone else leaving, with maybe 30 seconds of conversation in between. And yet somehow, this crew of misfit racers actually grew on me. By the end, I'd wholeheartedly embraced their warm, friendly corniness, even though I still had no idea what the story was about. The presence of a villain or rival might have increased my investment, but at least you can skip any scene that starts to drag.

The sense of ownership that comes with tuning a single ride to perfection rather than simply grabbing the flashiest vehicle available proved tremendously rewarding.

The game world presents its own issues but also holds up to scrutiny. Need For Speed is set in a completely open world modeled primarily after Los Angeles, with four main boroughs and several more subsections ranging from hilly switchbacks to tangled highways to tight urban corridors. It's populated with event markers you can tackle in any order, giving the campaign a casual setup the belies the intensity of its challenges. I somehow found myself in a few of the same areas over and over again, but the level of detail, variety, and overall believability made the city an immersive high-speed playground, even with its perpetually rain-slick streets and suspiciously sparse traffic.

Aside from those semi-rare civilian vehicles and the occasional squad car--which are still a joy to outrun, by the way--Need For Speed's roster of vehicles includes the usual mix of Lamborghinis, Porsches, and Ferraris. But remember, this is a game about street racing. While you can eventually buy the really high-end stuff, you'll spend most of the campaign gradually unlocking better components and aesthetic upgrades for your less exotic tuner-mobile.

Visually, your options are robust: change the color, design a livery, add aftermarket spoilers--if you can picture it, you can usually create it, which makes standing out online fun and easy. Components like engine blocks and suspension systems, on the other hand, are slightly less impressive. Generally, the more expensive the part, the better your car will run. So if you want to upgrade your ignition, for example, you basically select that menu option and scroll right until you find a part you've both unlocked and can afford. There's really no strategy to it, which makes the whole process feel rote.

Fortunately, buying these components also grants you increasingly granular control over your car's handling. You'll eventually open up 16 different sliders that control everything from tire pressure to shock stiffness, and believe it or not, I could actually feel the impact of every adjustment. It's an impressive system. You can choose to avoid the potential tedium of ticking sliders back and forth by simply adjusting a master slider between "Drift" and "Grip," which gives a less precise by still serviceable setup. For me, though, fine-tuning my ride's handling became a kind of game-consuming obsession, one with very tangible rewards.

However, this obsession eventually got me into trouble. Need For Speed features a wide variety of events, including point-based drift competitions, traditional circuit races, and even Gymkhana events. This mix created some welcome gameplay variety, but it also led to that wall I eventually smashed into. Early on, my limited resources forced me to pour all of my efforts into a single vehicle. By the time I got to later, more challenging missions, it didn't even occur to me that my well-rounded ride was actually a liability, and the game provided no feedback to indicate that a more drift-tuned car would immediately resolve my problems. An option to save multiple tuning profiles for a single car would have not only proven useful, it might have tipped me off that, hey, maybe you need to loosen up that back end if you want to win.

That solution sounds super obvious in retrospect, but other points of frustration were a bit more inescapable. For example, Need For Speed uses obvious rubber-banding to keep opponents within striking distance during races. Having your competitors nipping at your heels creates tension, sure, but allowing the AI to automatically catch the player cheapens the upgrade system and can lead to undeserved losses.

The game's unhelpful navigation system puts you at a further disadvantage. During race events, blue arrows appear on the ground to guide you from checkpoint to checkpoint because, unlike an actual racetrack, the course will never be obvious. Unfortunately, this usually means you receive no warning before reaching a turn unless you're constantly diverting your eyes down to the mini-map. And even then, it's always night in Need For Speed, which makes certain obstacles like barriers and guardrails more difficult to spot. I had to restart plenty of races because I missed a turn, didn't turn sharply enough, or collided with an object I never saw. I would have loved an overview of each course before I started race events, but sadly, that's not an option.

Finally, the drifting point system is needlessly punishing. If you hit an obstacle at the end of a drift, you instantly lose any point you might have received for that drift. As a result, pulling pointless 180s in the middle of the street will net you more points than a perfectly executed drift that ends with your rear bumper lovetapping a guardrail. It's infuriating. I understand that powersliding into a wall shouldn't be worth any points, but surely there's a happy medium here somewhere.

If you persevere, you'll be left with a garage full of tricked out cars and a world populated by friends to race with and leaderboards to top.

Thankfully, if you persevere, you'll be left with a garage full of tricked out cars and a world populated by friends to race with and leaderboards to top. You can easily set up a crew of up to eight racers--which allows you to enter events together and otherwise just hang out in your shared city--or you can simply drive around Ventura Bay until you come across another player, at which point you can challenge each other to one of several ad hoc event types. It's not exactly dedicated multiplayer, but it will allow you to race with your friends just fine. You can also opt for asynchronous gameplay, choosing specially marked events your friend's have completed so you can best their times and earn a little extra cash.

I did notice a small but forgivable handful of frame rate drops during my playtime on the PS4, and the game's always-online setup meant I could never truly pause the game. If you ever need to quickly pause the action to, say, answer your phone or stop your cat from destroying your furniture, you simply can't unless you're willing to lose whatever event you're playing. I was also disconnected from EA's servers anytime I was away from the game for even a brief period, which led to the unnecessary hassle of reconnecting just to continue playing by myself. Still, none of that--including the unfortunate difficulty spike I experienced--was enough to ruin Need For Speed's stunning world, rewarding progression system, and exhilarating driving mechanics. Your move, Vin Diesel.

Update 11/04/2015: Unfortunately, the Xbox One version of Need For Speed contains a glut of minor yet persistent technical problems that aren’t nearly as noticeable or, in some cases, simply don’t exist on PS4. On the day of the game’s release, for example, I was randomly disconnected from EA’s servers six times in under 90 minutes of play. Not only did this abruptly interrupt my experience, I also had to reconnect to the network, find new players, and reload the game itself each and every time. In other words, simply trying to play the game became an annoying and uncertain endeavor.

While I didn’t suffer any random disconnects following my first day with the Xbox version, I continued to experience consistent and relatively frequent frame rate hiccups that caused the entire game to stutter for a split-second. I also noticed longer load times entering and exiting events, lower resolution textures throughout the world, and even problems with the drift scoring system not triggering or continuing to increase my score long after I’d finished cornering. In short, the Xbox One version lacks the technical polish of Need For Speed on PS4, and at its worst, the game actually functions less reliably.

View Comments (516)
Back To Top
8
Great
About GameSpot Reviews 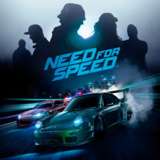 Scott Butterworth needs lots of things. Speed is one of them. But he also needed around 25 hours to fully upgrade his Lamborghini Aventador. 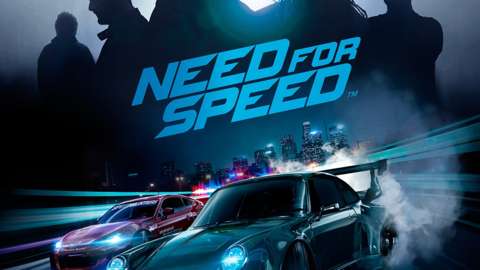 Discover a nocturnal world of urban car culture built around real world automotive icons and Five Ways to Play in Need for Speed.