When Need for Speed was originally released for the 3DO a few years back, it was without question the definitive driving game of its time. Since then, the PlayStation has seen three titles bearing the Need for Speed title: Need for Speed, Need for Speed II, and Need for Speed: V-Rally. All were fair, but none was ever considered the dominant racing game that the first was.

A big part of the original Need for Speed that made it more than just another racing game was the police chases. In the first game, the cops would chase you, and if they caught you, they would lock you up. For some reason this aspect of the game was excluded from the sequel. But Need for Speed III not only has the cops in it, but it has a whole new hot-pursuit game mode that lets you simply try to outrun the law. Actually, there are five game modes included in Need for Speed III: single race, tournament, knockout, practice, and, of course, hot pursuit mode. Tournament is your main deal that allows you to go through a racing tour to try to win first place. The game has eight cars and eight tracks, not all of which are selectable from the start. Instead, the game makes you earn them by completing the first tracks that are open. Some of the big-name cars featured in the game include Ferrari, Lamborghini, and Chevrolet.

Visually, Need for Speed III is one of the best–looking racing games on any system. Most games in the genre have been plagued with what is called "pop-up" - that's where the background off in the distance seems to appear or pop up out of nowhere. The developers of Need for Speed III have managed to cover this constant annoyance with some clever tricks that nearly hide all of the pop-up. All of the cars look incredibly real, but it's the little things like the lighting effects from the lights on the police cars and the smoke pouring off the tires that really make the game look convincingly real. One of the neatest effects I have seen in any game is when the lightning strikes off in the distance when you're racing at night and the whole sky lights up. It's really amazing.

The sound in Need for Speed III is quite good. The game allows you to choose your musical preference of either techno or rock. The game has a lot of customizable options to select from at the beginning of each race. You can choose to drive at night or in the day, during a rainstorm or a clear evening, and you can choose whether you would like to race in arcade or simulation mode. All of these variables affect the control of the car in some form or another. For instance, the car is obviously harder to handle in the rain than it is in the clear. In arcade mode, the car is significantly more maneuverable than in simulation mode.

Overall, the gameplay is extremely tight and manageable, making the game incredibly fun to play.Although, quite honestly, the real reason that Need for Speed III is so much fun to play is the hot pursuit mode. You race in this mode to either get to the end of the track or to get to the end of the track before your computer or human opponent. Of course, the whole time you are being pursued by police officials who try to box you in and force you off the road. If you do well enough, the police will bring out the tire spikes and set up a little roadblock for you to get around. It's really a whole lot of fun to play, especially with the cops always screaming at you to pull over and telling you this is your last warning. The two-player split-screen mode is one of the best two-player modes I have seen in a driving game.

Need for Speed III is one of the best times I have had playing a racing game. Even after I have gone through and won the tournament mode and unlocked the bonus cars and tracks, I still can't get enough of hot pursuit mode. I think I'll be playing this one for quite some time. 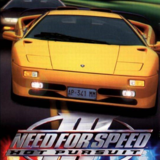 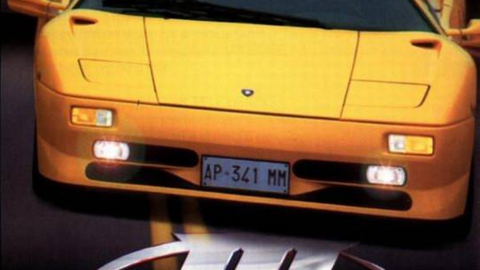 8.4
Sign In to rate Need for Speed III: Hot Pursuit