This should truly be awesome...and it is - if you have the recommended Pentium 166.

The idea of a sequel to The Need for Speed should make many folks happy. After all, who didn't enjoy the thrill of racing down some of the most beautiful stretches of road in the world - roads made for cool sports cars that would fulfill our need for speed, even if that darned state trooper in the Mustang got in the way.

Yep, Need for Speed II should surely be a treat. And with the promise of a faster 3-D engine, courses with 50 percent greater detail, customization and performance setups, and a number of other new options, this should truly be awesome.

And it is - if you have the recommended Pentium 166. Anything slower forces you to set the resolution low (forget that frazzled medium setting that EA recommends) and maybe turn off the horizon to get an acceptable frame rate. Even so, the ground textures start to synchronize at higher speeds, taking away the feeling of velocity on long stretches of open road. It may be that 50 percent greater detail comes at some performance cost, or perhaps that cost is the result of developing for Windows 95 only.

Although each track locale can be guessed by its name - Pacific Spirit, Mediteraneo, The Outback - and they are certainly places that you would want to drive one of these dream machines, they don't look like any road on my planet. Sure, you get the twists, turns, peaks, and valleys like you would expect, and of course there is some embellishment to make them more interesting. But what was truly enjoyable in the original was the balance between surreal and real roads. Most of the roads in NFS II are so outrageous that they seem to belong in Monster Truck Madness, not a simulation of cars with relatively little clearance and stiff suspensions that don't perform so well over cobblestones and jumps.

Even the cars this time around are way out on the fringes of familiarity. Unless you've been to an auto show recently, you have probably never seen any of these machines. Admittedly, they are fun to drive, but none of them are what most of us would consider within reach, which interferes with what the original NFS did so well - provide a sense of immersion and the suspension of disbelief.

Some might also be disappointed to find that the cop (and thus the radar detector) has been taken out completely, and all of the tracks are circuits - there are no more linear roads with checkpoints. These were features that made the original game more realistic - and unique.

There are two racing modes to choose from, Arcade and Simulation. The Arcade mode improves handling considerably, but Simulation doesn't give the proper sense of realism. Handling any of the cars in Simulation mode can be a harried affair, as the controls are jerky when steering and breaking.

What makes it push towards the sim side of the spectrum is the varied performance of the different cars and their engine (and horn) sounds. Lacking a true-to-life physics model, however, makes it very arcade. NFS II is plagued by some of the same problems that make it difficult to call this series a driving "simulation." It sort of fits snugly between, say, Virgin's Screamer 2 and any of the true racing sims on the market. 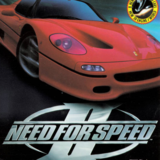 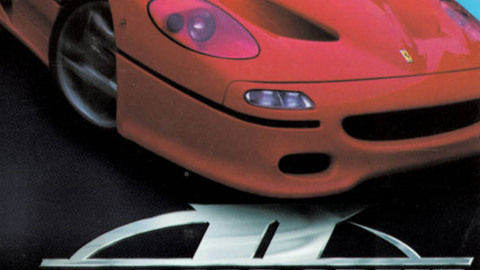 Overall, Need For Speed II is the PlayStation's slickest racer yet.