It doesn't really mess with the formula of the last game, but adds enough new features and options to keep its fans excited.

Need for Speed: High Stakes is a good example of how to do a sequel. It doesn't really mess with the formula of the last game, but adds enough new features and options to keep its fans excited.

For starters, the game is more cohesive than other NFS games. In High Stakes, you must purchase cars before you can drive them in the game's main mode, the tournament mode. There are several different tournaments, each one having different car requirements and track variations. Also, there are special events, which cost money to enter, but frequently have larger payoffs than the tournaments. Some events are geared toward specific cars, while others put you on the open road, complete with traffic. NFS3's knockout mode has been confined to the special events section.

Technically, all the tracks are available for one-player play right at the beginning of the game. However, since each tournament requires a different two or three cars, you'll have to own the proper car to see each of the later tracks. Suffice it to say, you'll be springing for new rides pretty frequently. Placing first in a tournament unlocks the final track of the tourney for two-player and hot pursuit mode use. The track design is fairly varied, and each track can be raced backward, in mirror mode, at night, in the rain, or any combination thereof.

Hot pursuit mode is roughly the same, except you can now drive the police car, much like in the PC version of NFS3. As the cop, you're given a set amount of time to stop ten speeding cars. The first few pull off the road without much of a fight, but the later cars won't pull over unless you smash them into the side of the track, forcing them to stop. You're also given the option to call occasionally for backup, set up a roadblock, or set up a tack strip, which pops the tires of the speeder if he fails to avoid it. There's also a two-player version of hot pursuit, but when you play cop vs. speeder in two-player, the cop is on his own. And without being able to call for assistance, the cop is put at an extreme disadvantage. All the speeder has to do is, well, not stop moving. As the speeder in a two-player match, you simply must remain on the lam until time runs out, so you can just get ahead of the cop, flip around, and drive back the other way. As long as you can play a decent game of chicken, you'll never, ever get caught.

The graphics in High Stakes are better than NFS3's graphics, but the jump isn't terribly dramatic. The lighting effects, including the sparks that fly after most collisions, are the real stars of the visual portion of the game. The tracks do look very, very nice, and there isn't a lot of pop-up, but as time goes on, the blockiness of the game is undeniable. Also, the framerate isn't constant. The game runs very well in the first-person camera angle, and for the most part, it runs fine in the other two angles. But drive through anything more complex than a simple forest road (for instance, a town), and the game starts dropping frames left and right.

NFS:HS has really terrific sound. Most of the music fits the game perfectly, and the sounds of driving (engines, tire squeals, scrapes, and crashes) are all done extremely well. The hot pursuit mode has the bulk of the game's sound, with constant police chatter keeping you aware of The Man's constant vigil. The cops will even speak in their native tongue, which, of course, varies depending on where the course you're driving on is located.

The game controls quite well with the dual shock controller, and those of you still playing driving games with the digital pad will also be satisfied with the game's digital control. That said, it still would have been nice to see EA support Namco's Jogcon controller. The game starts off at a nice, easy pace, but eventually the difficulty becomes pretty unforgiving. The later races force you to drive nearly perfectly to win, and scraping a wall or opposing vehicle can be the difference between first place and third.

The game's main two-player mode is the game's namesake, the high stakes mode. HS is a two-player matchup that pits your cars against the cars of a friend. But you aren't just racing for mere prestige. In HS mode, you'll be racing for pinks. The winner gets the loser's car to race, sell, or just smile at. Some precautions have been taken to deter some cheaters from keeping their cars after losing them (both players' cars are removed from their cards at the beginning of the race), but you can still simply copy your saved game onto another card before putting your garage on the line.

All in all, Need for Speed: High Stakes is a great driving game, but a few of the game's smaller problems keep it from being all that it could be. The inability to call for backup in two-player hot pursuit games is completely unforgivable and keeps the gameplay score from being even higher. The framerate problems and generally pixelated appearance of the game simply show the age of the PlayStation. I, for one, hope the next NFS game appears on a system that can handle a complete graphical overhaul. 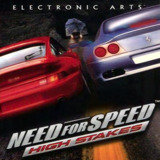 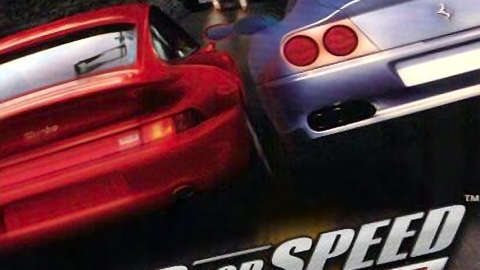 8.5
Sign In to rate Need for Speed: High Stakes