It's a pretty complete game and one that should satisfy just about any college football fan.

Why does it seem so damn hard to program a sound football AI? Arguably, there's never been a football game in which you couldn't find that gaping hole and drive your team right through it like a Mack truck, over and over again. You should be happy to hear that NCAA Football 99 is not one of those games. OK, there are few things you can exploit quite a bit, but play balancing is more to blame than AI.

Now, you might think football games are boring if you can't easily score close to 100 points per game. Fine, play NCAA Football 99 at the easiest junior varsity difficulty level and score all you like. But play it at the varsity level or especially the all-American level and you won't be completing bombs every time (just sometimes). In fact, computer opponents can be downright challenging. And if that team is considered one of your school's rivals, they seem to play even better.

When you're on offense, what you really have to watch out for are most teams' defensive ends. They usually have little trouble getting around your slower linemen who are trying to pass-block them. Ah-ha! That should be a hint to you when you're playing defense. If the computer is lined up in a typical two back, two wideout formation, take control of the weak-side defensive end (the one lined up to the outside of the weak-side tackle) and get ready to pounce on the quarterback. You might need to make a swim move, but usually you can get an unabated run at the quarterback. One of my defensive ends amassed 44 sacks and 71 tackles in the regular season! That's ridiculous. The next defensive player closest to him (besides the other DE on my team) had six sacks.

Fast linebackers are also a major nuisance. It's nearly impossible to run the ball outside if your opponent has them; and double trouble if they also have quick ends. Even if you have a speedy running back, you can't seem to get around the corner and turn upfield. (You can still have your usual share of success running up the middle, however.) Similarly, if you have speedy linebackers on your team, your opponent won't be able to run the ball outside on you either.

And that brings up a great aspect about NCAA Football 99: You can try to play the same way against every team you face, but there's a good chance you won't succeed. That means you actually have to make up a game plan by analyzing your next opponent's team, which is good. What's bad is player attributes (not game or season stats) are really inaccessible. The only way I could find to see attributes was from the Reorder Roster screen. You can also just start playing the game and see what kind of plays work, then keep using them.

Another great feature in the game is the dynasty mode, which is similar to season mode, except you're more like a newly hired coach with a five-year contract. Depending on the program you take over, there'll be constant pressure on you to win. When it comes time to recruit players, you can assign members of your coaching staff, including yourself, to recruit for certain positions. Obviously, your best chance at signing a blue chipper is if you send yourself, but you can still bag a budding young star otherwise.

NCAA Football 99 also has the full list of standard features, including a practice field and even a play and playbook editor. It's a pretty complete game and one that should satisfy just about any college football fan. 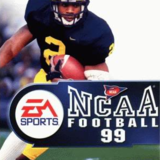 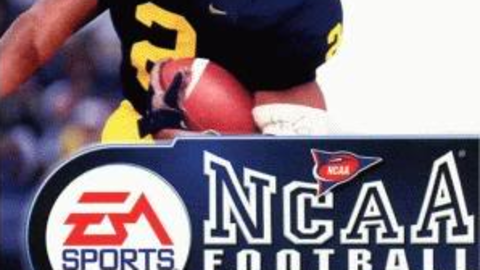 It's a pretty complete game and one that should satisfy just about any college football fan.