If you're a hard-core fan, you'll certainly enjoy the ability to play online, and all the other new features that help make an enjoyable game even better.

NCAA Football 2004 marks the return of EA Sports' widely praised college football franchise, and while a number of new features have been added to this year's game, these differences--with the exception of the ability to play against others online--probably aren't drastic or substantial enough to make the casual football fan rush out and buy it. That being said, any hard-core fan of college football will undoubtedly eat up these new features, such as the new Sports Illustrated feature that gives a weekly look at key teams and players as well as events that happen over the course of a season. The college classics mode gives you an opportunity to relive college football's best moments, including the 1982 Cal and Stanford matchup that was decided by what came to be known as "The Play." In addition, the new gameplay enhancements--which include better play action, new tackling animations, and more-realistic zone defense--give the game a much more strategic college football feel.

Of course, last year's excellent dynasty mode makes a return in NCAA Football 2004. This mode essentially gives you full control over a college football program, from the type of plays called to potential recruits. When you start a dynasty season, you can get a quick idea of where your team ranks by looking at the Sports Illustrated option, which features a dynamic cover story that will highlight key players and games as the season progresses. You'll get an overall look at the rankings, the Heisman Trophy watch, and conference breakdowns. Once you start playing through the first season, you can start using the stat book to track how individual players are doing and whether or not they need to be replaced due to their poor performance. The coach options can be used to set overall strategy for the team such as how often the team uses run plays or passing plays and if these plays are aggressive or conservative. This particular feature also has a general report card that basically keeps track of your performance as a coach. The report card also gives you a rating for job security as well as an indication of how popular the team is when a game is broadcast on national TV or through satellite. All of these things will work as incentives for improving your team during the season.

Obviously, you won't have to pay close attention to these things if you select one of the top-tier teams. Indeed, you won't even have to worry as much about recruiting players, since a good number of the top prospects will already be interested in attending your school. But if you've chosen a lower-tier team and your season wasn't exactly the most memorable, then it not only pays to be attentive to scouting reports on other teams during the regular season so that you have at least some hope of winning a game against a high-profile opponent, but it also helps to have an eagle eye during the off-season so that you can recruit players that will help strengthen the weaker parts of your team.

Recruiting is handled similarly to how it was handled in last year's game. At the start of the process, you'll have a list of seniors that are graduating from your school, which may include some key players such as a quarterback or a halfback, which in turn creates additional problems for your school. In any case, when the seniors are removed from your team, you'll be presented with a list of all the players looking to play college football.

This list can be sorted in a variety of different ways, but the most useful option is to sort players based on interest in your school. This way you can get an idea of how easy it will be to fill certain positions almost immediately. You can also sort the list based on the home state of a particular player, which may increase your chances of recruiting that specific player, since it seems that most of them like to play close to home. If you're feeling a little adventurous, it's even possible to sort the list of potential recruits by how skilled they are, but keep in mind that if you have a lower-tier team, your chances of being able to successfully recruit that player are nearly nonexistent. Of course, you can try persuading the player by having the head coach and assistant coach visit him and then follow up those visits with phone calls. It's even possible to recruit players by using different methods of persuasion--tell them that they'll get plenty of playing time by coming to your school, or tout your school's location or prestige. Regardless, the dynasty mode will offer plenty to the college football fan, but keep in mind that the teams at the lower end of the spectrum will have to work much harder to even get to one of the numerous bowl games.

If you're not particularly interested in building a program or going through the tribulations of recruiting new players, NCAA Football 2004 offers several different options that will let you jump right into a game. The college classics option is probably one of the more entertaining features, but it's also one of the most frustrating. There are a dozen or so games in college classics that are basically re-creations of the best endings in college football history, such as Doug Flute's Hail Mary against Miami in 1984. As entertaining as these re-creations are, they can be pretty difficult to execute properly. The rivalry game option from NCAA Football 2003 returns in 2004, and again, you can select from a list of games with college football's best rivalries such as Army and Navy, Cal and Stanford, or Florida State and Miami. Lastly, there's a mascot game option where you can head out onto the field with a team of nothing but your college's mascot as the players. EA Sports has actually added more mascots this year, so there's probably a much better chance that your favorite team (or mascot) is faithfully represented in the game.

The PlayStation 2 version is the only version of the game that offers online play, and it works quite well online, with very few signs of lag. You can choose to play a game immediately--the game will automatically search for an opponent--or you can enter the lobby, where players are separated according to region and skill level. There's also an EA messenger chat feature that lets you track and chat with friends online. As for stats, you'll get to see a player's win-loss record, points per game, total offense (which is then broken down into running and passing), total defense, average game score, and more. There are lots of statistics to keep track of, and they help make the online mode a little more interesting. In addition, the online mode supports the SOCOM headset if you feel like chatting with your opponent.

As for the actual gameplay in NCAA Football 2004, those who purchased last year's game will find that a series of relatively minor changes have been made, and they ultimately help to improve an already great game. On the offensive side of the ball, the most prominent change is in the play-action mechanics, which now does a much more convincing job of pretending that the quarterback is handing the ball off to the running back. In fact, the camera will quickly pan over to the running back and make it seem as though he actually has the ball before panning back out so that you can see receivers running down the field. Run blocking has also been slightly tweaked, and it seems as though offensive linemen are generally better at pulling blocks than in the previous game. However, the passing game in NCAA 2004 can be a little suspect at times--you can complete some fairly ridiculous 12- or 14-yard passes in double coverage with some consistency, but throwing a quick 5-yard pass to a tight end or a fullback seems to be almost as difficult as throwing a 30-yard bomb. It makes sense that a fullback or a tight end wouldn't have the same catching abilities as a receiver, but at times the passing game gets a little ridiculous.

Defensively, the changes are a little less noticeable. Zone defenses seem to have been improved, with defensive backs and linebackers being more adept and staying within their zones and then moving around when a receiver or running back comes into that area on the field. More importantly, defensive backs react much more realistically to passes when in zone coverage and will often try to jump up and intercept the ball or knock it down when the ball comes flying through the zone. Tackling has also been improved, and there are now more animations, such as high shoulder tackles that take a while to bring a player down.

A few visual enhancements have also been made in NCAA Football 2004. The player models look a little more detailed, and the added animations give the game a much more realistic look overall. The detail in the stadiums and on the sidelines has also been increased. The Xbox version is probably the best looking of the three versions--some of the special effects, such as the reflections coming off the helmets, are a little more prominent--but otherwise the visual differences between the three versions are negligible.

Surprisingly, the commentary and the overall sound have been improved as well. The commentary sounds a little more natural this time around, and it seems as though more lines have been dedicated for specific game-time events that the commentators wouldn't normally reference during every game. However, there are times where they tend to repeat themselves a little often over the course of a game, particularly when a big play is made. There's also much more stadium noise in the form of chants, though they sound somewhat artificial.

As with most sports games, the decision to buy NCAA Football 2004 comes down to whether or not you think some of the new features and upgrades are worth paying full price for. If you're a casual college football fan and you already own last year's game, then there really isn't a huge reason for you to buy the Xbox or GameCube versions of the game, especially since neither features online play. The PS2 version, on the other hand, is very enticing. If you're a hard-core fan, then you will certainly enjoy all of the new features--whether they're huge or small--that EA Sports has added to make an enjoyable game even better. 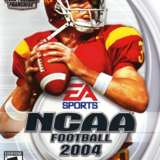 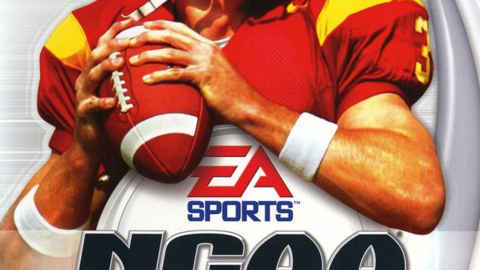 If you're a hard-core fan, then you will certainly enjoy all of the new features that EA Sports has added to make an enjoyable game even better.