While its not leaps and bounds beyond the previous game, all of the other little extras make it well worth your money.

NCAA Football 2000 is, as most would expect, a refined version of last year's EA college football game, with lots of additional features and slight graphical enhancements. Is it different enough to warrant a purchase from people who bought the game last year? Let's explore.

The game still has all the same modes, like exhibition, tournament, great games, season, practice, and dynasty. As far as the teams go, this year it also features 114 division 1-A and 26 new division 1-AA teams. The game also has in-depth create-a-player and create-a-play features, as well as an all-new create-a-school feature.

The new create-a-school feature is kind of nice. You can create a school team and take it through multiple seasons in dynasty mode. Although creating a school is for the most part just naming it and entering a bunch of info, it's kind of neat to see your own old high-school or small college football team up against Tennessee or the Cornhuskers.

The player-recruiting feature from last year is back and has been nicely redesigned. Scouting players and getting them interested in playing football for your school by sending different members of the coaching staff calls to mind the image of Nick Nolte from Blue Chips screaming, "Did you take money?" every time. Although recruiting players is fun for a while, the sheer number of players you must recruit makes it a bit of a chore. Luckily, the game does offer an auto-recruiting mode so you can let the computer finish up for you.

The AI seems pretty balanced. On the junior varsity difficulty setting you can get away with a lot, but once you bump the difficulty up to varsity or all-American, you better hit the practice field. A new extra-hard Heisman difficulty setting has been added to give experienced NCAA football players a heck of a challenge.

The control is still pretty much the same as last year's, which is to say, really good. The game supports the Dual Shock analog controller and now vibrates when you are tackling or getting tackled. Once you get used to the momentum of the players, the game control is quite precise.

Graphically, NCAA 2000 is a step up from last year. It looks a little sharper and has lots of little extras. The game now has variously sized player models for linemen, quarterbacks, and receivers, which gives the players on the field a more true-to-life look and helps give the game more realistic look overall. The animations of the players getting tackled, running, jumping, and so on are a lot smoother and cleaner than last year's NCAA title. The fields themselves also have a bit of a sharper appearance as well, although the crowds in the stands still look like a water-colored blur. The addition of players, cheerleaders, and coaches on the sidelines do dress up the field a bit. New post-play celebrations have been added for players who take down the quarterback behind the lines or for ball carriers that get a first down.

In the audio department, NCAA 2000 seems pretty much the same as last year. The game still has all the big-school fight songs and team chants, as well as a play-by-play stadium announcer. Other than that, the sound effects for the hits, grunts, and other on-field football noise sound pretty good.

Overall, NCAA Football 2000 is a step-up from NCAA 99. For die-hard college football fans it's a must. For players who have mastered last year's game, it's also a must. While its not leaps and bounds beyond the previous game, the new create-a-school feature as well as all of the other little extras make it well worth your money. 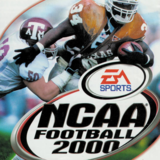 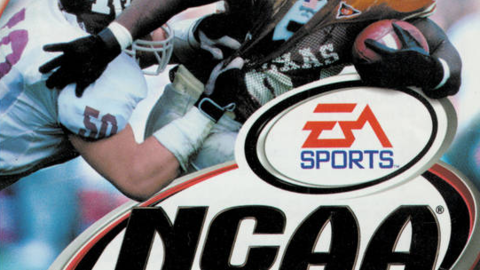 While its not leaps and bounds beyond the previous game, all of the other little extras make it well worth your money.