NCAA Football '14 is still enjoyable on the field, but conjures a strong "been there, done that" feeling.

Fans of amateur athletics huddle in front of their television sets every Saturday, cheering mightily for something unexpected to happen. Notre Dame, Oregon, Boise State, and countless other paper tigers have flirted with destiny, only to fail before reaching hallowed ground. No matter how hard you root, no matter how promising a freshman class may seem, the results are always the same: the best team in the nation is from the Southeastern Conference. Sadly, the NCAA Football franchise has fallen into the same rhythm as its real-life counterpart. There are no more surprises in store, nothing to make you take notice. Instead, NCAA Football '14 is the same old game you've been playing for years.

The on-field action should be very familiar for those who have played recent entries in the franchise. Receivers still have a better chance of getting open if they run across the field rather than take off on a deep route, linemen still mush together at the point of attack, and cornerbacks are cursed with brick hands. Still, slight tweaks to the physics system mean that hits carry the weight you would expect from 300-pound athletes, and the option offense has finer control than before. Reading the defensive end's movement as your quarterback runs laterally works well, and it's satisfying to pitch the ball to your fullback just before you get laid out. When you're immersed in a high-stakes game, it's easy to forget that you've seen this all before and enjoy the violent chess match that's unfolding.

Off the field, NCAA Football '14 has followed the trend that is seemingly creeping into every game genre. The game has role-playing elements. Your coach now earns experience points for your accomplishments. Registering a sack or forcing a turnover fills up a progress bar, and once you reach a new level, you unlock special powers on a skill tree. So no longer do you have to be content with merely adding points to the scoreboard when you get into the end zone; you earn progress in the expansive metagame as well. Although this new addition does reward you for playing well, it feels like a desperate attempt to add something novel to a tired franchise. The skills system is added busywork that urges you to spend more time navigating menus than delivering wicked hits on the field.

Recruiting has also seen a revamp, although instead of adding something new, it takes away what was previously there. The minutiae that defined the recruiting process have been completely stripped away. No longer do you decide how much time you want to spend with each recruit, delegating assistant coaches to seek out lower-priority candidates while you, as the head coach, meet with only five-star prospects. Instead, there's just a pool of points that you dole out. Gone too is the interviewing minigame. Before, you would learn the priorities of each high school star and try to appeal to his particular ambitions. This system had a number of flaws, but it was still fun to learn who each player was on a personal level. Now, players are just raw stats, and it's not as engaging to build a dynasty without that human element.

NCAA Football '14 does make a strong attempt at introducing the complexities of the college game to those who are not intimately familiar with it. Nike Skills Trainer walks you through the major scenarios you face during a game, and the time spent on the practice field pays off once you take to the field on game day. Learning how to use your blockers or when to throw a fade versus a bullet is important knowledge, as is coming to grips with the sometimes overbearing audible system. Considering how complicated the core action has become, Nike Skills Trainer is a solid addition that provides a much smoother learning curve than previous games in the series.

And you need those skills if you're going to compete against other players online or locally. NCAA Football '14 is at its best when you're matched up against another person of similar talent. Pulling out crucial first downs or making momentum-swinging goal line stands is an incredible feeling, especially when you exchange some well-meaning pleasantries with your vanquished opponent. True nail-biters even get credited as ESPN Classics, so it's worth trying your hardest even when you get down a few scores. You never know when the ball will finally bounce your way and you can get the last laugh on the road to victory.

It's a shame that NCAA Football '14 has the same problems the franchise has been burdened with for years. The on-field action is tight and rewarding, but everything else is sloppy at best. There's no reason to clutter up the coaching system with needless experience points or strip out all of the personality from recruiting. NCAA Football has never been able to match the enticing action of the sport with equally engaging off-field activities, so it creates a jarring disconnect when you have to plow through tedious menus to accomplish anything away from the field. There's little worthwhile in NCAA Football '14 you couldn't have experienced in previous games, but at least it's still fun to smash your rivals when you head onto the field.

View Comments (203)
Back To Top
6
Fair
About GameSpot Reviews 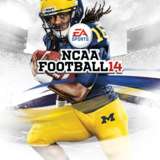 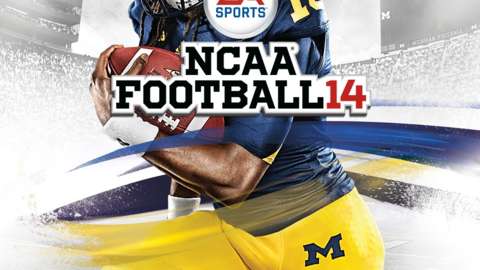