The on-field action is as exciting as ever, but off-the-field problems drag NCAA Football 12 down to the turf.

There's a beautiful symmetry that ties NCAA Football 12 to its real-life counterpart. The collegiate football organization has been hesitant to make major changes to commonly derided aspects--such as how a champion is determined--and their digital facsimile replicates the same stick-in-the-mud approach. The latest entry in this long-running series feels virtually identical to last year's offering, adding so few noteworthy features and tweaks that you'll be assaulted with a blast of deja vu that never fades away. That's not necessarily a bad thing, because the on-field action is as lifelike as you would expect. But the myriad modes surrounding the core experience waver between tedious and boring, burying the appeal of amateur football under an impenetrable sea of menus. If you want your athletes salary-free and spitting with pride, there's still a top-notch simulator here, but there's little reason to jump into NCAA Football 12 if you already own last year's game.

The most important aspect of a sports sim is the gameplay, and NCAA Football 12 shines in that regard. The core action has been iterated upon for a number of years, and that refinement leads to the most realistic portrayal of the college game yet. This is especially apparent in nonglamorous aspects, such as blocking and artificial intelligence. You may take these basic features for granted, but when you look closer, you see tiny details that mirror what you find on television every autumn Saturday. Your offensive line smartly hunts down blitzing defenders and halts their progress before they can make a tackle, which gives you confidence whether you're dropping back to pass or trying to bust a big one on the ground. Even running backs aren't scared to get their jerseys dirty to give you a split second more to get off a pass. On the defensive side of the ball, it's clear the secondary has been putting in work in the film room. Quick reactions ensure cornerbacks don't give up easy passes, which makes it all the more exciting when you burn them for a deep play.

Unfortunately, although that refinement leads to an impressive representation of the real thing, the stagnant visuals are showing their age. This is especially noticeable in regard to the animations. For instance, when a safety crashes into the knee of a hurdling wide receiver, the offensive player meekly falls to the ground with barely a whimper. Backbreaker was released more than a year ago, and the advanced animation in that game are far beyond that in NCAA Football 12. A lot of the joy of football is derived from the brutal clash of two powerful athletes, and that force is largely absent in this game. Furthermore, there are visual glitches that offer even more distractions from the exciting action. For instance, remodeled grass has a hazy, shimmering look that's woefully out of place. None of these problems destroy the fun of running a perfect option play, but they do take you out of what should be an immersive experience.

Dynasty mode returns as the chance to turn a woebegone school into a national power or take the reins of a BCS big boy, and see how you hold up when the pressure is weighing you down. A coaching carousel is the biggest addition from last year's game, giving you more flexibility in how your career plays out. When you're first signed by a program, you can decide to be a coordinator instead of the head man. If you take charge of just the offense, you don't have to worry a lick about the defensive side of the ball during the course of the game, which is a relief if you enjoy one side more than the other. There's also constant pressure to perform. Metrics gauge how well you're doing, and if you don't accumulate the expected wins or statistics total, you could find yourself out of a job. But if you do take your program to new heights, you could land a cushy role in any school you want. This is a good idea in theory, but in practice, it falls flat. Because you can choose to coach any school from the onset, there's little incentive to build up your credentials to get your dream job. Coaching carousel gives determined players something to strive for, but doesn't add much to the overall experience.

Bigger problems blossom when you recruit players. As in previous games in the series, you contact high school players from around the country to convince them to join your program. This is a time-consuming process that's bogged down in layers of menus, and even after you figure out what you're supposed to do, it doesn't make much sense. The most troubling aspect is that the logic is all out of whack. You may talk to a player who says that coaching pedigree is a very important thing to him, but when you try to sell him on how awesome you are, he might respond, "More talk about you? Boring!" This flaw crops up all the time, and it destroys the idea that you're trying to convince a thoughtful being to join your team. Even if you can look past the busted logic, there's little enjoyment to be found in this process. It's a tedious ordeal that requires you to spend between 10 and 20 minutes every virtual week to land the best recruits. And the entire process boils down to selecting each player individually, clicking a few buttons to make your school seem great, and hoping he commits. You can promise him certain things, such as playing time or conference championships, but it doesn't even matter if you're lying. Once they sign with you, they're pretty much stuck (unless they decide to transfer, which is rare), so there's a strong disconnect from reality. The recruiting tool is dull busywork that buries you in menus instead of letting you have fun on the field, so you're better off just automating the process and getting back to the good stuff.

The other major mode in NCAA 12 is Road to Glory. In this mode, you create a high school player and try to land a major role in a collegiate program. The first sign that something's wrong crops up in the creation process. The menus lag horribly. Every time you change a visual option, the game stalls for a second or two, which makes cycling through your choices grueling. Thankfully, once you get on the field, things run a lot more smoothly. You can choose to play both sides of the ball now. If you're a quarterback who likes to get dirty, you can also roam the field as a linebacker. Depending on your performance, schools offer you scholarships, and since two-way players in college are rare, each position is recruited separately. Unfortunately, this process isn't as realistic as it first appears. In one season, our quarterback was lousy and subsequently didn't receive any scholarship offers. Still, we were able to walk on as a freshman at the University of Texas and start the first game of the season. This isn't possible in all programs. Sometimes you land a role as a backup and have to work for a starting job. But it's still ridiculous that one of the most prestigious universities in the nation would allow an unwanted player to start immediately.

There are other quirks that clash with reality as well. In Road to Glory, you take part in practices to build your overall skill level. These are 11-on-11 scrimmages in which you're graded on how many yards you gain per play. But what's most striking is that the quarterback can be lit up. In real college practices, QBs wear different-colored jerseys so they aren't touched, but that level of realism doesn't carry over to the video game. After so many years and iterations, these imperfections become more and more grating. There are also features from previous games that have been removed from the package. In earlier editions of NCAA Football, you could create your own school right in the game. But now you have to go to a separate website. The process is easy, and naming all the players after your friends or favorite players is a lot of fun, but it's strange having such a core component relocated to an outside source. There are still some neat options to let you tinker with NCAA 12, though. You can now build a custom playbook, removing those lame plays that just took up space. And you can customize conferences and decide who gets automatic bids to bowl games. These features are certainly nice, but they're bandages on the many problems in the rest of the experience.

If you focus on the on-field action, NCAA Football 12 is a great experience. Whether you play against the computer or challenge friends, it's incredibly fun to pull off a successful Hail Mary or sack the quarterback on a critical third down. Sadly, the other modes and features are riddled with problems, and the dusty visuals lag behind the other current football games on the market. Although NCAA 12 is far from a complete experience, it's worth putting up with the off-field problems to get to the exciting action. NCAA Football 12 is a disappointing entry in this venerable franchise, but it's still a fine game if you're itching for some amateur action. 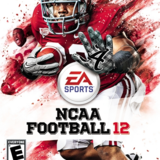 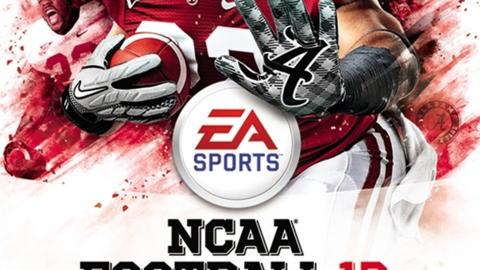 NCAA Football 12 takes players on a journey to become a part of a college power house and eventual national championship.