A game that most casual fans would probably be willing to settle for.

In the class of college basketball games, NCAA Final Four 99 gets a passing grade because it delivers what its peers have failed to: fast-paced gameplay. But don't get too excited: 989 Sports' first foray into college hoops also has suspect AI that'll irritate die-hard gamers.

Although this title borrows gameplay elements (mainly icon passing and cutting) from its cousin, NBA ShootOut 99, it establishes its own presentation style quite well. Graphically, there isn't much to complain about. In addition to detailed stadiums and floors, the game adds nice touches, such as referees and coaches on the sidelines. Perhaps the biggest graphical flaw is the occasional speedup or slowdown in animation when a shot's being taken. The commentary by Quinn Buckner may get stale after a while, but it's better than nothing.

The AI in this game still needs a lot of work. It's not really an issue in multiplayer games (where both sides are handicapped equally), but when playing against the computer, be prepared for "Believe It or Not" style gameplay. First off, virtually every shot is a fadeaway (outside the paint) or hook (in the paint). Second, players magically slide backwards on defense - sometimes, seemingly teleporting - as they defendagainst a fast break.

This game's AI difficulty level ranges from incredibly easy to incredibly cheesy. There are some cheap ways to beat the computer, even at the highest difficulty level. For instance, repeated jumping on defense almost always guarantees a steal when a wing tries to dump the ball into the post. At the easiest level, you can win on turbo-button fast breaks and no-brainer threes. At the toughest level, be prepared for your AI opponent - even a horrid team - to make every shot, despite being double- or triple-teamed. This is hardly realistic, and provides virtually no incentive to play solid defense, so games at this difficulty degenerate into who can pull off the most cheesy steals and score the most.

989 Sports does fill this game with original new features that raise its value. The most notable (and worthy of praise) is the optional shot meter. With it on, you can see the point where you should release the shooting button to make an accurate shot. This instant feedback adds excitement to the game by making every shot an exercise in reflexes. Plus, if you're a new player, it gives you a feel for the timing needed for outside shots and fadeaways.

Undoubtedly, you probably want to know how this game stacks up against NCAA March Madness 99. Despite the previously mentioned AI flaws, this title has a distinct edge. First and foremost, this game has more than twice as many teams. These extra teams, mainly from smaller conferences, make it much easier to simulate this year's NCAA tournament, as well as serve to appease you if you're from one of the schools slighted by March Madness 99. Second, while the titles are dead even in the graphics department, 989 Sports' game can play much faster, thanks to an adjustable game speed option.

Final Four 99 does lack the extras found in its main competitor - mainly, no women's play and no season-end conference tourneys in season mode. It also lacks the exact equivalent of a momentum meter, which gives teams confidence as they make scoring runs. Final Four 99 does have a command to rile up crowds (for home teams) and taunt, but this seems more ornamental than useful.

Final Four 99 has numerous fixes to make before it call itself a great game. Still, for all its flaws, it's the most fun-to-play college basketball game on the market so far, if only for its faster speed. It's a game that most casual fans would probably be willing to settle for. 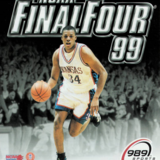 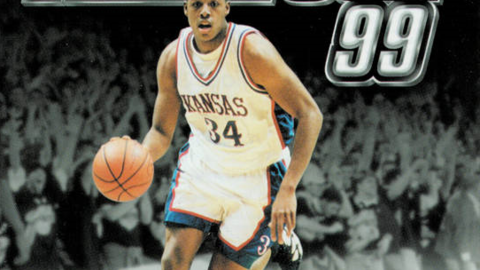 A game that most casual fans would probably be willing to settle for.