NBA Live 16 is an improved game from last year's offering. But while shooting, passing, and dribbling all feel a bit tighter this year, the changes are too minor to push the total package beyond mediocrity. Some of the core gameplay modes are almost unchanged, and visually, NBA Live 16 floats in an awkward space between an outdated basketball sim and a poor attempt at an arcade classic. The series continues to inch toward relevance, but its deficient game modes and stunted systems fail to propel it off the bench and into the starting lineup.

If you consider each element of the on-court action--from the act of shooting to playing tight on-ball defense--it’s fair to say that NBA Live 16 is a much more playable basketball game than its immediate predecessor. Executing crossovers or hesitations and pulling up a quick jump shot actually feels good, with a new shot meter giving you a much more accurate sense of your player’s optimal release point. The previous gap between the peak of a player’s jump and the correct spot to release the ball has been tightened to eliminate any visual disconnect, and the smoother dribbling means you can fake and spin without always sloppily losing the ball or getting stonewalled by poor AI defenders.

One-on-one, NBA Live 16 is a responsive push and pull between offense and defense. But with two full teams setting screens, rolling to the basket, crossing from corner to corner, and attempting to execute double-teams, this smooth operation capitulates quickly into a disjointed, jagged knot. Off-ball players set strange screens in the paint when called on to hold off immediate defenders, and limited layup animations force easy buckets to devolve into odd low-percentage shots--leading to offensive rebounds that send just about every player in the paint into an odd state of shock. Maybe more importantly, making long jumpers is just too easy. I put up 56 points in my first ever Rising Star game as a mostly unskilled created player, and that was from using simple screens to create just enough space to jack up a shot.

Each of the individual systems has been tightened, but when it’s all put together, NBA Live 16 has very little mechanical rhythm or consistency. This is most apparent when running the fastbreak, where you’ll often struggle to corral your team to fill gaps and take advantage of defensive breakdowns. There tend to be wonderful moments in good sports sims when it almost feels like the game knows exactly what you’re trying to do before you do it. In NBA Live 16, it can feel like the game isn’t just a few steps behind, it’s actively working against your train of thought. Even the commentary, which features noted ESPN analysts Jeff Van Gundy and Mike Breen, can come off as sporadic audio clips recorded in separate buildings.

Despite a few minor gameplay improvements, the quality and depth of game modes remains disappointingly low. The modes start with the Rising Star campaign, where you create a rookie player primed to become a top draft pick. You adjust his height, weight, appearance, and position--with the welcome addition of a specific shooting, slashing, or post play concentration available within the five traditional roles. After that, though, you just run through season after season of regular and post-season basketball without any story or gameplay variation to drive you. Rising Star is just a vehicle for you to boost stats and focus on a single position rather than on the entire team, and with the recently released NBA 2K16 putting such a heavy emphasis on story, Live’s Rising Star variation feels woefully undercooked and inadequate.

NBA Live 16’s Ultimate Team and Dynasty modes suffer similarly from being largely the same as last year. Collecting players in the form of cards in Ultimate Team booster packs still holds an undeniable charm, giving you hope that each booster pack will include some new, top-tier player primed to turn your entire team around. However, since it’s relatively easy to find your shooting rhythm, I nearly doubled the score of the championship Golden State Warriors in my first game with volatile shooter J.R. Smith acting as my star player. I still felt compelled to earn new cards, but the massive impact of one sharpshooter makes the collection process feel a bit unbalanced. Dynasty, which lets you run team operations as a general manager, is still just as bare-boned and uninteresting as last year. Setting up a fantasy draft, proposing trades, and signing free agents gives you something to do off the court, but without any real standout new features, there’s little draw in taking on the managerial role.

Thankfully, the addition of the online Pro-Am and Summer Circuit at least gives NBA Live 16 a whiff of freshness. Here, you take your created player and either run through progressively more difficult co-op challenges in Summer Circuit, or join a full five-on-five pickup game against nine other online players in Pro-Am. It’s in this wild, fast-moving streetball jamboree where NBA Live 16 has the ability to shine brightest. Sure, you might run into a group of ball hogs who prefer taking deep, contested threes rather than spreading the ball around the floor. But when my stitched-together team of diverse created players actually came together to form at least the semblance of a real basketball squad, I actually found myself having fun with NBA Live 16’s unpolished systems. Plus, this mode gives you much more reason to care about building up your NBA talent in Rising Star.

Even with improved on-court control and an online Pro-Am mode that can lead to pockets of outlandish fun, NBA Live 16 still fails to justify its existence. Its Rising Star and Dynasty modes are too underdeveloped and unvaried to remain interesting beyond the first few hours of play, and the basic dribbling, passing, and shooting tend to trip over themselves during offensive rebounds or fast breaks. NBA Live 16 is heading in the right direction, but at this pace, the series will never be able to challenge--let alone surpass--its only real contemporary.

View Comments (70)
Back To Top
5
Mediocre
About GameSpot Reviews 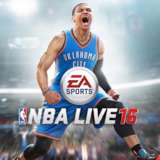 For the purposes of this review, Josiah Renaudin played through two seasons of Rising Star, won a championship as a GM in Dynasty, and built an all-star team in Ultimate Team. 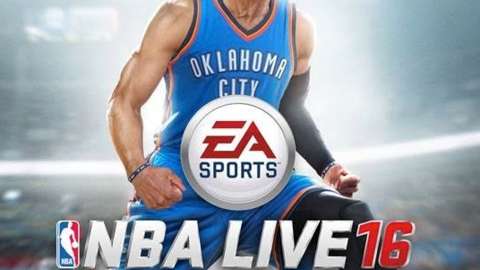 NBA Live 16 is the basketball simulation game from EA Sports.