Basketball is a sport built around the beauty of raw athleticism. Five players glide across the court as one, shifting positions to ensure the best spacing possible against the disruptive mass of opponents trying to stifle their progress. When properly orchestrated, it's a sight to behold. Power infused with creativity, grace and tactics holding hands, concluding in a dramatic showcase with seemingly endless possibilities. NBA Live 14 understands the essentials, the passing and shooting that are the dominant verbs of the sport. But it fails to replicate the artistry of the game, the brilliance that draws us to professional competition or the joy that beckons us to the local gym. Because the sloppy action of NBA Live 14 never coalesces into a satisfying whole, this is just a pale echo of the real thing, basketball in name only.

Problems are obvious from the opening tip-off. The players you have gone hoarse rooting for, who have worn silly suits to the NBA Draft and mistakenly hired Jay-Z to be their agent, are nowhere to be found. Rather, there are manufactured approximations, mannequins who have been given one night to step down from their plastic pedestals to play basketball. Their movements are stiff and unnatural, their feet hovering slightly above the court, never gaining proper traction. It's unnerving to see LeBron James soar toward the basket. You see his face screaming in anger and his arms twisting at odd angles. And the ball leaves his palm before he even completes his shooting motion. This is the man who drew the ire of an entire Midwestern city and swore to the league that he would win seven championships?

NBA Live is an eyesore. It's a vestige of an ugly past that we thought had been banished to the ether, but it's not because of its looks that it's so unsatisfying. Rather, it's how the inhuman animations and inconsistent physics affect the action that relegates NBA Live to the development league. Players hoist ugly shots no matter where they stand on the floor, unperturbed by the defender standing nearby who happily swats a souvenir to a lucky member of the crowd. If you replay that shot, which is going to make every highlight reel, you may notice something peculiar: the defender's hand doesn't have to touch the ball. Point guards deliver awkward passes to cutting players, giving you as much chance of completing a pass in traffic as Dwight Howard has for making a foul shot. And don't worry about boxing out. Rebounds ricochet wildly off rims, so just hope the ball falls in your hands.

It's unnerving to see LeBron James soar toward the basket. You see his face screaming in anger and his arms twisting at odd angles. And the ball leaves his palm before he even completes his shooting motion.

Creeping uncertainty makes running a proper offense deflating. Set up a pick-and-roll with David West and Paul George to watch the two men, along with their two defenders, stick together as if coated by glue. If West should break free of the morass, he adjusts his position after receiving the pass, turning a sure 12-footer into a 20-foot shot of desperation. If you ignore the pick-and-roll game, one of the most used plays in the NBA, and work the post, there are even more problems. Big men stumble like Shaq after an all-you-can-eat barbecue. Rolling smoothly toward the basket or flashing across the lane for a hook shot is so clunky that you're more likely to turn the ball over than score. So you need to become a brute. Slam repeatedly into the defender, and when he falls, hope that you gain the benefit of the whistle rather than chalk up another charge.

Inconsistencies infect the very logic of NBA Live 14. In Rising Star mode, you create a rookie, prove your worth in an amateur game, and then wait anxiously for a decent team to call your name on draft night. I was banished to Cleveland. There's nothing wrong with playing for the Cavaliers, but as a shooting guard, I knew that I would be riding the pine behind Dion Waiters, who was drafted last year. Turns out that NBA Live doesn't care one lick about reality. On opening night, I was already in the starting lineup, even though I had played like a dog in the one game before the regular season began. Sorry Dion! In my second game, my goal was to have a better grade than James Harden. With Kobe Bryant nursing a torn Achilles and Dwyane Wade perpetually ailing, Harden is the best shooting guard in the league. That Live wants me to be better than Harden in my second game shows just how poorly this approaches the real game.

Slam repeatedly into the defender, and when he falls, hope that you gain the benefit of the whistle rather than chalk up another charge.

How do you achieve a high grade? Play smart team basketball, of course. For instance, when I drained a wild half-court shot two minutes into the third quarter, my grade went up, because that's just fundamentally sound basketball. For the most part, the grading scale is much smarter than that half-court snafu would indicate. You're rewarded for throwing good passes and shutting down your opponent on the defensive end, but there are enough problems that you're never quite sure how you stack up. You may find yourself switching to a player you shouldn't be covering on the defensive end, or being praised for handing the ball to your center beyond the three-point arc. More troubling in Rising Star than the wacky grading scale is the AI. On the offensive end, Kyrie Irving would dribble the ball while everyone else on the team was rooted in place. And this would happen every time down the floor if I didn't run around or force him to throw a pass.

Venturing online only presents a whole new host of problems. There's slight lag that undermines just about any viable strategy. Just try to nail the timing of a jumper or stay in front of a driving point guard when your player reacts a beat after you hit the button. It's an exercise in failure. So the best strategy is just to drive hard to the basket on every single play. Every one. Your opponent may not realize the problems with the game. He or she may attempt to run an actual NBA offense. Well, that's not going to work. Watch your lead soar to double digits and beyond, and then your overmatched opponent is forced to hoist three-pointers in a desperate, and ill-advised, attempt to come back. My goal shifted from simply trying to win to getting my opponent to quit before halftime. Don't get me wrong; I don't take pride in exploiting a busted system. But when no other tactics worked, I had no choice but to dunk until my wrists grew tired.

Despite the myriad issues on and off the court, NBA Live has fantastic integration with the events of the actual league. Just days after Jeff Green shocked the Heat by draining a desperation three-pointer, Live lets you re-create the high point of the Celtics' dismal season. As a Pacers fan, I embarked on challenges specifically built for them. I could replay the Grizzlies game from earlier in the season, and try to mimic the beatdown Indiana put on Memphis. Could I hold them below 79 points and get a triple double with Lance Stephenson? The answer is no, but it's incredible to be able to try.

Sadly, even re-creating events from the NBA season is just a tease because the act of playing is so far from what real basketball should be. The on-court action is so sloppy and unsatisfying that even rubbing defeat in Carmelo Anthony's face loses its appeal. NBA Live needs serious work in just about every aspect in order to raise its game to a respectable level.

View Comments (75)
Back To Top
4
Poor
About GameSpot Reviews 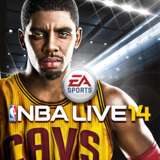 Tom's adoration of NBA basketball was almost killed by NBA Live 14. He spent a dozen hours in the various modes and had only one loss in six online matches. 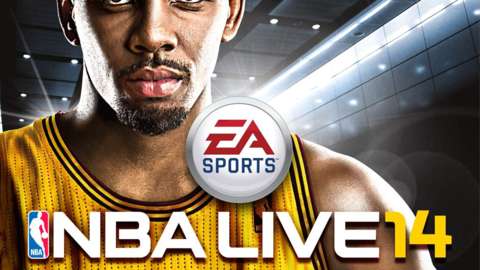 NBA Live 14 marks the return of the EA's basketball franchise after a few year hiatus, launching for both the Xbox One and the PlayStation 4.