Dedicated games like NBA Showtime and NBA Live 2000 do a much better job of representing their respective schools of video-game basketball.

NBA Jam 2000, like last year's game, tries to incorporate two styles of basketball in one cart. The first type, and the type that the name NBA Jam is best known for, is a two-on-two arcade-style game that basically rips off the old NBA Jam formula that Midway created back in 1993, and the other is a traditional five-on-five basketball game. Both modes are fairly competent and are different enough to make both games at least mildly interesting. While this makes for an attractive package, the game tries to be too many things at once, and ultimately each and every feature falls a little flat.

The list of options contained in NBA Jam 2000 is an impressive one. The most notable options are, of course, the arcade and simulation modes. The arcade mode is set up like the original NBA Jam, with big dunks, pushing, and on-fire streaks. The game has 50 dunks in all, and it is, well, jam-packed with cheat codes. The simulation side has all of the usual features and game modes, like season mode, exhibition games, play-calling, stat tracking, and roster management. Additionally, the game has all the trimmings that come with the NBA license, including all 29 NBA teams, authentic arena floors, and somewhere in the neighborhood of 300 NBA superstars. You can also make custom players and teams, tailoring each individual player's style, as well as a team's overall style. As an added bonus, the game also includes a three-point contest mode and free-throw-practice option.

If you're familiar with NBA Jam 99, then most of the options and features mentioned above aren't all that new to you. The same can also be said for NBA Jam 2000's overall feel and control. The control is fairly responsive - the players move, shoot, and pass the ball when you want them to. The inclusion of both icon and directional passing is nice, since it lets you use what you prefer when it suits the situation. The AI of the computer is fairly aggressive, and the AI players steal the ball more often than in other basketball games. This gives the game a nice challenging feel right off the bat, though the game does have holes in the AI that, once discovered, make beating the machine a real breeze. You can often run the ball right into the paint for an easy two, since the computer takes its sweet time when resetting its defense.

Visually, NBA Jam 2000 looks decent, although it isn't on par with other N64 basketball games. The players don't look convincingly realistic, and the motion-captured animation is hampered by poor transitions. The players occasionally go from dribbling down the court to a full jump shot without showing any of the animation between dribbling and being in the air. The play-by-play from Utah Jazz announcer Dan Roberts is repetitive and dry, and Marv Albert's comments as studio host don't help much, either. In the end, the decision whether to pick up NBA Jam 2000 lies with one simple question: Do you want an arcade-style basketball game or a traditional basketball game? If the answer is both, then give NBA Jam 2000 a rental, because while the game does a decent job of representing both styles of play, it isn't the best choice for either style. Dedicated games like NBA Showtime (for arcade-style gameplay) and NBA Live 2000 (for a more realistic game) do a much better job of representing their respective schools of video-game basketball. 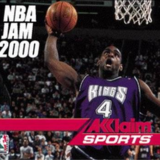 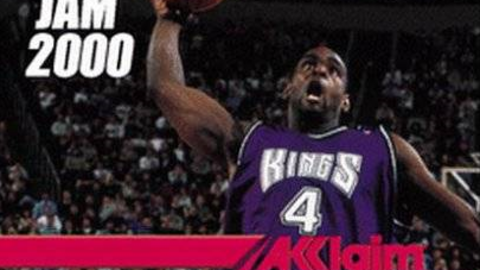 Dedicated games like NBA Showtime and NBA Live 2000 do a much better job of representing their respective schools of video-game basketball.