It does a lot of things well and is a huge step up from the all-flash-and-no-substance gameplay of Full Court Press - and who can't love a $19.95 sticker price?

To say that EA Sports may have dominated the world of pro hoops simulations is like saying that President Clinton may have had an affair since he married Hillary. Sure, there have been hit arcade games like NBA Jam, and there are probably a few good stats-based simulations floating around too. But when it comes to serving up a blend of both on-court action and front-office chores, NBA Live has been the only place for roundball fans to turn.

The only company, in fact, that's even attempted to challenge the NBA Live dynasty has been Microsoft, first with 1997's NBA Full Court Press and now with NBA Inside Drive 2000. Developed by High Voltage Software (the same developers that brought us the fair-to-middling NCAA Final Four '97), NBA Inside Drive 2000 does a lot of things well and is a huge step up from the all-flash-and-no-substance gameplay of Full Court Press - and who can't love a $19.95 sticker price? But when all is said and done, the game's limited scope and questionable artificial intelligence routines keep it from being an NBA Live killer.

I thought it was at first, though. While the game lacks a career mode, the coaching options for single games and season play are about as rich as you could hope for in an NBA simulation. Each team has its own robust book of offensive plays, from which you can select up to five to use in an upcoming game - but you'd better take the time to study the diagrams very closely, because the practice mode simply takes your teams onto a city blacktop for either a shoot-around or some one-on-one action against a friend.

You've also got control over generic offensive and defensive settings such as tempo and rebounding aggressiveness, as well as more specific tasks, such as what sort of defense you'll play (full court, half-court, or three-quarters), how defenders should harass ball handlers, and where your big men should defend the post. You can choose to let the computer handle tempo and aggressiveness settings and manage substitutions and time-outs on the game's lower difficulty settings, but when you ratchet it up to the veteran level it's up to you to determine overall settings for tempo and aggressiveness (the computer will handle time-outs and subs, however).

Once you hit the court, you'll be blown away by High Voltage's almost obsessive attention to detail in graphics and animation. Each player has a unique face, and while more care was obviously paid to ensure that high-profile players look as authentic as possible, even the benchwarmers have their own distinct appearance. Lifelike animations abound, from the slow but steady dribble of a point guard edging the ball up court, to quick hand checks, crossover dribbles, and players going airborne to bat a ball back inbounds. Each NBA venue is a masterpiece of modeling, from the convincing crowd graphics to the spot-on shadows and reflections on the wooden courts. Simply put, it looks and feels like the real thing, and the play-by-play by Kevin Calabro and Marques Johnson adds a TV-style ambience that really gets you into the action (although occasionally they'll say stuff that doesn't quite jibe with what just happened onscreen).

One of the biggest complaints hard-core fans have had against the NBA Live games is that it's generally too easy to beat computer-controlled teams. High Voltage must have thought the same thing, because beating a computer-controlled team on the veteran or all-pro difficulty levels in Inside Drive is about the toughest challenge I've faced since I tried to finish in the top ten of a Grand Prix Legends race. In fact, it's difficult to the point of absurdity - and that's on the veteran level.

But the problem isn't the fact that it's tough to win; it's that there's really no "perfect" difficulty setting. When you play on rookie (next to easiest), teams score 140, 150, 160, and more, hardly any fouls are called, and dunks abound - it has just too much of an arcade feel. But when you move it up one notch to veteran, you'll be amazed to find yourself losing games to cellar dwellers like the Clippers and the Mavericks - and that's when you're controlling excellent squads like the Knicks, Hawks, Pacers, Spurs, Trailblazers, and even a Conference All-Star team! That's right: After I read about a user claiming that he lost to the Clippers (the worst team in basketball last year) while controlling the Eastern Conference All Stars, I thought I'd give it a try - and sure enough I wound up losing too! True, I did soundly beat those same Clippers playing as the Spurs (who, strangely enough, have higher ratings in all categories than that Eastern Conference All Stars team), but there's still something very strange going on here.

The problem lies in how the computer-controlled teams beat you. Playing as the Spurs, I took on the Utah Jazz (obviously a far cry from the Clippers, but it was the Spurs' home opener for the season) three times in a row and wound up losing by at least 25 points every time out. Was it because I have zero hand-eye coordination? No. It's because Inside Drive makes things harder on the veteran setting simply by letting the computer players do things they've never done, or could ever do, in real life. In one game, Jazz centers Greg Ostertag and Greg Foster combined for 40 points - and this against the Spurs' awesome twin towers of Tim Duncan and David Robinson, as well as the steady, dependable Will Perdue. In open-mouthed amazement I watched Greg Foster and Thurl Bailey - yes, the one who played on the NC State team, which won the 1983 NCAA championship - school David Robinson time and again in the low post with turnaround jumpers, while Todd Fuller and Greg Ostertag blew by Tim Duncan at will. And that's with the computer guarding those guys: I relegated myself to playing as one of the two guards.

But it doesn't stop with stiffs racking up MVP numbers. Out of the blue, the opposing team would intercept four or five consecutive passes: It might happen in real life, Agnes, but I can't recall ever seeing that many steals in a row in a pro game. There's also the issue of fouls: Over and over again my best players, players that rarely get into serious foul trouble in real life, would have to sit out huge chunks of the first half because they'd been called for two before the first quarter was finished. What was even more troubling was that on several occasions the instant replay wouldn't go back far enough to let me see the infraction: All I got to see was the ref tossing the ball downcourt for the inbounds pass or free throw. The bottom line is that no matter how much patience I exercised, how carefully I managed the coaching settings, or how closely I followed the tips for defense and offense on the High Voltage web site, the same incredible events transpired game after game after game.

What makes this so aggravating is that up until the weirdness factor set in during each game, I was having a real blast with NBA Inside Drive 2000. And playing against a competent human opponent (only hot-seat play is supported - High Voltage says it wanted to focus on gameplay before implementing Net, LAN, or modem play) is a real kick, too. Inside Drive 2000 certainly has the core of an excellent basketball simulation, and that with the low price tag makes it worth picking up. In the end, though, only a dyed-in-the-wool EA Sports hater could claim this game to be better than NBA Live '99. 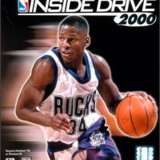 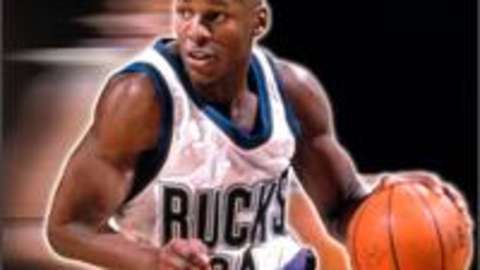 It does a lot of things well and is a huge step up from the all-flash-and-no-substance gameplay of Full Court Press - and who can't love a $19.95 sticker price?