Good things come to those who wait.

NBA Jam was one of the few sports games to win the support of arcade fans, so it's a huge surprise that a competent home translation never followed. That is, until now. NBA Hangtime, the sequel to the hoops classic, brings this competition-packed series to home computers and proves that good things come to those who wait - Midway's PC conversion is one of the best available.

All the NBA teams are included in Hangtime, as are most of the NBA players. After perusing the players' ratings in various skill categories (like shooting, dunking, and power abilities), you choose from several two-man squads on each team. Because players get tired and occasionally injure themselves you're given a chance to substitute in a fresher squad at half-time. And if you get tired of playing with real basketball stars, or want to create a few not licensed in the game, then you can tap into the useful 'Create a Player' feature. Here you're allocated a certain number of 'skill' points which you use to shape a player into the type of athlete you desire. When you win games and answer trivia questions, you earn additional points, which are then used to improve your budding star.

NBA Hangtime is a no-holds-barred two-on-two basketball game that completely ignores the NBA rulebook. In contrast to the whistle-blowing, foul-laden world of professional basketball, Hangtime rewards you for Rodman-esque actions like pushing your opponent to the ground, setting hard picks, or showboating to your heart's content. Offense is the name of Midway's game, and flying up off the hardwood to slam spectacular, in-your-face dunks satisfies like nothing else. (The alley-oops, double-clutch slams, and wild, Globetrotter-envy-provoking dunks ain't half-bad either.)

Hangtime isn't just slam dunking, however - there is a fair bit of technique needed to master this game. Three buttons and the joystick are used to control the player's actions, which range from pushing a player down to the normal offensive skills such as shooting and jumping. The control style is much like a simplified version of Street Fighter: For basic moves only a simple button press or two is needed, but advanced dunks require good timing and finesse. However, it's not a hard game to grasp, and within minutes anyone can excel at the basics.

Aesthetically, Hangtime on the PC matches up well to the arcade. The large, colorful, two-dimensional graphics are superbly drawn, but the player animation and movement isn't quite as perfect as it should be. The rowdy announcer's voice highlighting the in-your-face action is excellent, and the rap tunes played throughout fit just perfectly. Rest assured, you'll want to really put a hurtin' on someone once you hit the court.

Playing Hangtime alone is fun, but like so many great arcade games, multiplayer action is where the game excels. Up to four people can play at once, or you can try combinations of two-on-one. Many different codes and other options can be turned on to adjust the action to accommodate anyone. Unfortunately, Midway didn't take full advantage of the PC's connectivity by making the game play over the Internet, which would have been outstanding.

If you've been craving arcade action for the PC, then this is definitely the game you. However, if you're looking for a realistic basketball simulation, or anything else of the type, Hangtime is best left on the bench. 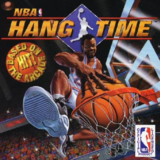 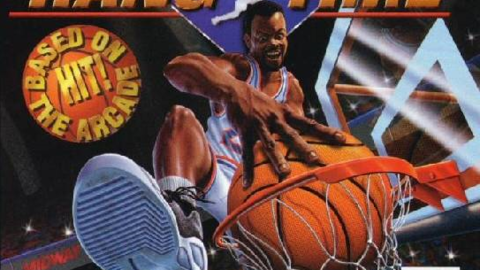 Unless you've been shooting digital hoops in a cave for the past few years, you've seen it all before.