NBA 2K18 is a hardcore sports simulation. If you want to get good, you have to put in the work. Fortunately, there are plenty of ways to improve your skills no matter how you want to play. And the fact that there's so much to do is a bonus, because on the court, NBA 2K18 is also an amazingly well-crafted experience.

The first thing that strikes you is how it looks and feels like a real-life professional basketball game. The 2K series' attention to detail has always been incredible, and this year is the best yet. Using the default camera, it's almost hard to discern between the game and an actual NBA broadcast. Great, varied commentary and the three-way chemistry of Ernie Johnson, Kenny Smith and Shaquille O'Neal during halftime make it feel like a Thursday night ballgame on TNT.

NBA 2K18 is also on Nintendo's less powerful Switch, but don't discount that version: it still looks great for what it is, even if it falls short of its bigger brothers. Of course, there's the added bonus of playing in portable mode, which also helps diminish graphical flaws given the Switch's small screen.

NBA 2K18's controls remain largely the same since the introduction of the Pro Stick setup in 2K14. Movement is handled with the left stick, and the right stick controls things like shooting, where you finish your lay-ups, and ball handling. Alternatively, buttons can also be used to pass and shoot, so if you don't like shooting with the stick, you don't have to. But the stick controls are satisfying, especially when you cross over your defender and drive to the hoop for a layup. You feel like the ball is completely in your control.

Succeeding in NBA 2K18 has always taken a certain level of basketball IQ. You need to not only be able to spot open teammates but also know when to pass and what type of pass is best for the situation. It's also about setting screens, running hard defense, and understanding your players' strengths. Thankfully there is a great way to learn everything you need to know through 2KU. This tutorial and training mode lets you learn everything from bounce passes to screen plays. It's very robust, with freestyle and scrimmage options, and is super helpful in perfecting your game without having to rack up losses in one of the other modes.

There are numerous ways to play, with each game mode having several choices to ball. Play Now has choices to play one-off games against the AI, online, in the streetball Blacktop mode, or against friends. MyCareer lets you compete against other players in what was known in previous NBA 2K games as MyPark, a game of pick-up streetball now found in the MyCareer Neighborhood. They serve as fun ways to hone your skills, take some pressure off, and advance your experience and VC earnings.

MyTeam is a card-trading fantasy league where you build a team by unlocking cards with players, boosts, playbooks, and uniforms. It's still the same solid NBA 2K18 basketball on the court, with the added twist of deck building. It's also place to spend real-world money, if you so desire.

This year's big hook is the expanded MyCareer, the story-driven create-a-player mode with the new Neighborhood central hub. You pick your position, favorite team, and then tweak the look of your player before the story begins. MyCareer starts off with a streetball tournament, where you try to prove your worth to team scouts. It has the same teammate ranking system as in past years, where your grade with your team goes up or down depending on your performance.

Outside of the court, MyCareer has a fairly typical rags-to-riches story, with you guiding your player from unknown rookie to much-hyped superstar. When you aren't playing, you're in the Neighborhood, a new addition that lets you wander around a few city blocks, playing games, practicing, buying clothes and shoes, and more. It almost feels like an MMO when you first drop in. You're surrounded by other 2K18 players and their avatars, wandering around the neighborhood and working on achieving the ultimate 99 overall rating, known as OVR.

There are two general ways you can climb your player to the highest NBA 2K18 heights: you can train, play, and practice, or you can just spend a bunch of virtual currency and skirt the whole thing. A 99 OVR puts your player on-par with LeBron James, Magic Johnson, and perhaps the greatest to ever play the game, Michael Jordan. But getting there requires an enormous amount of work--unless you're willing to pay, of course.

There's a gym--excuse me, a "Gatorade Power Center"--in the Neighborhood that lets you build level and experience towards badges and increasing your next OVR level. The mini-games in the gym are exceptionally un-fun. They mostly involve alternating button presses or stick movements. Just starting a mini-game takes longer than actually playing it, as your character shakes their arms and gets into place in an excruciating, unskippable animation each and every time you do any of the workouts. If only there were a better way to build up your OVR and boost levels.

Oh right, microtransactions. You build up VC by playing games in MyCareer, which is standard 2K fare. But the amount of VC and experience you earn feels miniscule, even during sessions where you play at the top of your game. In past years, VC flowed more freely, so buying VC with real money feels almost like a necessary evil now. The game is too stingy on its own, which makes earning enough to advance your character a long and lonesome hill to climb.

Past iterations rewarded skilled players with difficulty multipliers. NBA 2K18 does away with all that. You can increase your earnings by having a great game, making baskets, sticking to your defensive assignment, and generally playing well. But there's no reward for playing at the higher difficulties.

It's also hard to build up your earnings early on in the MyCareer season because, as an unproven rookie, you don't get a lot of minutes on the court. That lack of playing time severely limits your earning opportunities. There are other chances to earn VC, like answering trivia questions in loading screens, but the most you might earn is 500 VC if you manage to get every question correct. It's not just stats that cry out for VC. Shoes, shirts, tattoos, even haircuts require you to spend virtual currency. It's impossible to ignore how much easier it is to break out your credit card than to play your way to the top. It's the difference between walking miles to work, or hiring an Uber.

Basketball is a way of life, and each year, NBA 2K is a big part of that cultural movement. Real NBA players worry about their NBA 2K ratings. This year's entry is incredible in so many ways, from graphics, to soundtrack, to the different modes and ways to play hoops. It becomes clear early on that the fastest and easiest way to progress is by spending real money, slightly marring an otherwise tremendous experience.

View Comments (69)
Back To Top
8
Great
About GameSpot Reviews

Seth reviewed NBA 2K18 using copies of the game provided by Take-Two Interactive, which included 200,000 VC. He put it in 20 hours on the Xbox One version and roughly 5 hours on the Switch, with additional testing of the PlayStation 4 version handled by GameSpot stuff 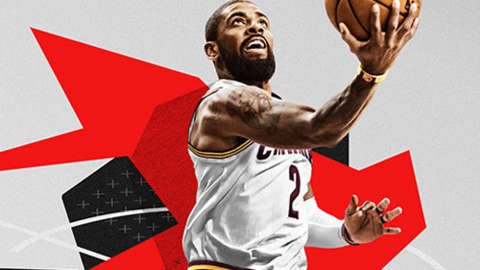 Step onto the court and tell your own story of prominence in the NBA with deep sim action that only gets better every year.