Sports do not build character. They reveal it.

NBA 2K16 is a tale of substance and style, loaded with a degree of personality not found elsewhere in the series. It proudly displays its Spike Lee-directed “Livin’ Da Dream” narrative, which adds more story, drama, and reasons to come back to MyCareer mode. But that character stretches far beyond the melodramatic cutscenes. Personal interviews, pre- and post-game shows, unique player mannerisms, and even teammate video-bombings give each matchup that big, true-to-life NBA feel. On the court, however, it can be a struggle to find your rhythm.

The controls have been expanded to allow you to direct and feed a ball to the post, pitch a pass behind you, and manage the position and timing of screens. These inclusions find mixed success. NBA 2K16’s layered gameplay systems demand smart and thorough explanation, but there's a lack of training that makes it difficult for newcomers (and even returning players) to grasp everything new that’s happening on the hardwood.

It’s a shame, too, since once you begin to time screens correctly and master the jukes and fakes tied to the Pro Stick, NBA 2K16 plays like a dream. The movement feels natural and encourages creative play, since the sharper AI makes it difficult to repeatedly exploit the talents of your best player. The dedicated bounce-pass and lob buttons give you even greater control of the floor, allowing you to fake toward the basket more smoothly and slip a slick pass to a shooter in the corner.

You can win one-on-one matchups by pumping, spinning, and falling away with your shot, and it’s fun to size up the defense to discover what style of play produces an uncontested shot. I became a better player and floor general by rethinking my strategy on both sides of the ball, and it’s rewarding to test out new techniques and score big. It’s just frustrating that you’re given so little help along the way.

Director Spike Lee’s “Livin’ Da Dream” story acts as the first portion of your journey through MyCareer, which is NBA 2K16’s most prominent addition. You still customize your own player, all the way from his weight and height to the crook of his nose. But any prospect you craft steps into the shoes of NBA hopeful and Harlem native “Freq,” short for “Frequency Vibrations.” Yes, that’s his real name.

From high school to college and eventually to the big leagues, you follow Freq and his circle of family and friends as they deal with all the difficult questions that often come with the life of a professional athlete. What college offers you the richest opportunities? Should you get a degree, or enter the draft early when your stock might be at its peak? Can childhood friends be detrimental once you’re forced into the media’s watchful eye?

The story opens strongly by giving you the freedom to choose your high school and college, but that agency is quickly snatched away once your career begins to take off. There are multiple sequences, such as declaring for the draft, where your friends, family, and potential agent are weighing your options in what seems to be a buildup toward a life-altering decision. But this player freedom is a facade; the story plays out in a linear fashion where the only things you can really control are what team you sign with and how you allocate your stats.

The story opens strongly by giving you the freedom to choose your high school and college, but that agency is quickly snatched away once your career begins to take off.

During your journey, you struggle with a recidivist best friend, and butt heads with your twin sister—who also acts as your manager. The dialogue can get corny—especially when your angry team owner awkwardly throws out street lingo—but the writing and delivery is leaps and bounds ahead of what’s been used in the past. This is the best MyCareer has ever been, and the transition from high school hoops to the professional league is well-paced and much more personal.

“Livin’ Da Dream” itself isn’t all that MyCareer has to offer, though. The main narrative wraps up in about five hours, or after you complete your first year in the NBA. That’s when the training wheels come off. Instead of playing a few key games in a single season while dealing with personal drama, the second act of MyCareer asks you to manage a full year’s schedule. Regular games are supplemented with off-days, when you’re free to speak with interested sponsors, practice drills with your team, or spend time with other NBA stars to improve your image. It’s a nice change of pace from the normal grind of playing 82 regular-season games, and while your remaining years in the league lack the pomp and circumstance of the intro, MyCareer is an alluring journey.

What could have improved MyCareer is a tutorial—even a basic one. It’s a trial by fire for anyone unfamiliar with the standard flow of the game, and even veteran players will find that mastering the tweaked control scheme demands plenty of practice. I dug through each and every menu option looking for a solution, only to find a handful of short, basic videos presented by the cover athletes that don’t even scratch the surface of what you can do in a single position. You can look up all the controls and practice on your own, but it’s just not enough.

As always, there’s so much more to do beyond MyCareer mode. The rewarding MyTeam mode pushes you to invest time and resources into your slapdash team to earn new booster packs and cards to bolster your roster. The temptation to drop real-life cash on better packs and players can be strong, but this collectible card carnival adds enough new challenges—including an online three-on-three Gauntlet mode that pairs you with other players—to remain satisfying without pressuring you to pay a premium.

What could have improved MyCareer is a tutorial—even a basic one. It’s a trial by fire for anyone unfamiliar with the standard flow of the game.

The franchise-focused MyLeague and MyGM modes also make a strong return, giving you the freedom to relocate your team, reconfigure their look, and even test out your rookie prospects in the summer league. If you want to sit in the hot seat of an NBA general manager and balance the morale of the entire organization as you run day-to-day activities, that option is there. If you’d prefer to create an NBA sandbox where you control a franchise for a full 80 seasons and can even invite up to 29 other real people to join your personal NBA fantasy, MyLeague and its new online component is your destination. There are myriad ways to play here. And when you add the online MyPark mode and Play Now options that pit you against either real teams or a group of created characters, it’s easy to see how you could lose yourself in NBA 2K16’s content buffet.

But working against the game’s successes is a steady current of connectivity issues. The nagging frame rate, stability, and connection lapses still persist even after years of online woes. They’re not quite as damning—I found plenty of online matches that hitched and sputtered far less than what’s been seen in the past—but connectivity issues reset my created character’s appearance on multiple occasions and even kicked me out of games. It’s hard to put too much weight on your online record when the timing of your shot can be altered by network errors as you’re fighting down the stretch of the fourth quarter. Instead of allowing you to test skills online and invest time into improving pole position, NBA 2K16 too often pits you against its own technical limitations.

NBA 2K16 draws you in with its welcoming personality and expanded game modes. But it still manages to push you away with unexplained intricacies. A deep tutorial would have gone a long way toward making the new passing and screening maneuvers easier to incorporate into your game, and at this point, it’s inexcusable that this game still struggles online. Still, the fact that NBA 2K16 is a great basketball experience can’t be ignored. Few sports games come close to providing a more authentic and fun virtual representation of the real thing, and even if this is the least user-friendly entry in years, I can’t stop playing it.

View Comments (106)
Back To Top
8
Great
About GameSpot Reviews 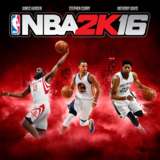 For the purposes of this review, Josiah played through a few seasons in MyCareer, brought a championship home in MyGM, and spent hours in each of the additional game modes. 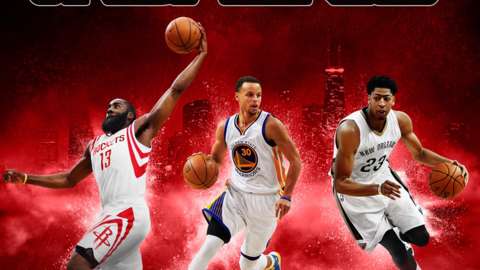 NBA 2K16 is the next iteration of the top-rated NBA video game simulation series over the last 15 years.