NBA 2K15 has a slick sense of movement. Actions like faking right, shifting your momentum toward the low post, and floating the ball over a nearby defender look sharp, but going through these motions feels even better. Where players stuck unrealistically close to one another in past games, 2K15 adds much more natural spacing between bodies both on and off the rock. Smart ball handling leads to more distance to take a shot, and that puts a greater onus on the defensive player to read and predict the direction of his matchup’s drive. 2K Sports took significant technical strides with last year’s NBA release, but it’s the reinvented movement system and improved physics that make 2K15 such a success.

The NBA 2K series has done well to make you feel the weight of the player and friction of the court in recent years, but handling the ball has never felt this intuitive. Players can more easily change direction during cuts, and the finesse moves delegated to the right analog stick that were often difficult to pull off without losing the ball over are now more reliable. This improved dexterity--especially when controlling more agile players--allows for craftier, deliberate offensive execution. Your ability to create space opens up mid-range jump shots, and most players are now equipped to post up and fade away.

Offense isn’t easier; it’s smarter. You have to fake, cut, and step back to earn this newfound space, but if you’re just looking to charge down the middle and get a quick dunk, you’ll likely come up empty. NBA 2K15 rewards players who can evaluate the situation, read the defense, and move the ball efficiently. Really, these are nothing more than basketball fundamentals, but thousands of new animations make the simplest of movements more effective than they’ve ever been.

Your position on the court, your player’s shooting prowess, and how open you are all factor into the new shot meter that sits beneath the player’s feet. The better your situation, the wider the window for you to let loose a high-percentage shot. You can still knock down a contested jumper from 25 feet, but this indicator gives you a better sense of why certain shots hit while others kick off the rim. The meter also eliminates the frustration that used to come along with mastering each player’s specific stroke. Kobe Bryant and Nicolas Batum have vastly different releases, and previous NBA 2K entries forced you to know each athlete’s timing in order to hit consistently. This time around, you can much more easily determine your release point from the simple on-screen indicator.

The offense, when controlled by a patient practitioner, is much improved, giving defenders a greater workload. Instead of just pressing against your man, defense in NBA 2K15 asks you to read the offense and pay close attention to your position on the floor. Playing tightly on a player will often allow him to blow by you for a quick layup, while keeping too much distance results in easy jump shots. Over time, you find the correct space to work within, giving you the option to quickly close distance when a shooter pulls up or puts pressure on a driving body.

Locking on to a single man won’t help your team, though. The AI is craftier, so if you spend too much time studying your man, you generally miss screens being set on either side. Even at the Pro difficulty level, I found teams intelligently using picks and finding open men, and that was refreshing. Sports games often boast authenticity, but the tactics in NBA 2K15 frequently mirror what you’d witness on a real court.

NBA 2K15 is more intricate than previous games in the series, and because of that, the learning curve is steeper. Offensive players are often too slippery, easily chewing through your defense if you make a simple mistake. Losing your man as he goes for a layup is common, and this can be downright frustrating when matching up against players like LeBron James or Kevin Durant. Defense requires your undivided attention, and I appreciate that. But when individual matchups aren’t in your favor, you can feel helpless.

Smart ball handling leads to more distance to take a shot, and that puts a greater onus on the defensive player to read and predict the direction of his matchup’s drive.

This defensive shabbiness is most apparent during the early portions of the MyCareer mode. Here, you customize a character--using either the new facial mapping or provided sliders--and enter the NBA as nothing more than an unproven prospect. Instead of having you join the draft, this year’s career mode throws you into the shoes of an undrafted player on a 10-day contract. Impressing the team could lead to a secure roster spot, endorsement deals, interactions with NBA legends, and maybe even a championship ring.

2K15 is fundamentally similar to last year’s offering, but the presentation has been notably cleaned up. Press conferences and discussions with your agent are far less cringe-worthy than before, and half-time reports from your coach give you helpful strategies for closing out a game strong. Occasional bugs, like sideline reporter Doris Burke interviewing an invisible player, still exist, but these issues appear less frequently than they did in the past. The upgrade system has been streamlined, too. Instead of spending experience points on dozens of different statistics, players plug points into a much shallower attribute pool with overarching categories such as rebounding, jump shooting, and defense. This gives a clearer indication of how you’re building your future star, and makes you feel more accomplished after taking a single step on your upgrade path.

MyPark has seen its fair share of improvements, including a reputation system that unlocks upgrades as you expand your reach and shorter games. One of the most frustrating parts of MyPark used to be waiting around in a queue as other players hogged all eight courts. Thankfully, pick-up games have been reduced to just 15 points, meaning you’ll spend more time actually playing basketball than twiddling your thumbs on the sidelines. It’s fully featured, but if you’d prefer to control more than your single created player and avoid getting stuck with ball hogs, the traditional online play option is still there.

New to the series is MyLeague, which is similar to the old Association Mode. MyLeague lets you design your own personal basketball world that may last for a single season, or up to 80 years. The roster, salary cap, draft preferences, season length, and dozens of other settings are left up to you, so really, this is your own personal sandbox. It’s yet another feature that offers something different from your standard game of hoops, but it’s only available on PS4, Xbox One, and PC.

The AI is craftier, so if you spend too much time studying your man, you generally miss screens being set on either side.

MyTeam and MyGM haven’t seen significant changes, but both modes remain fun and rich in content. The card-based MyTeam feature now includes a real-time auction house, which allows you to sell your players online in order to earn additional spending cash. The Challenges option is also new, providing additional revenue for playing through special fantasy scenarios--such as Kevin Durant being drafted first overall and playing for the Portland Trail Blazers. Similar to Madden’s Ultimate Team, MyTeam allows you to use real money to buy additional booster packs. However, the provided challenges are generous enough with their rewards that you don’t need to pay to create a dream team.

MyGM remains one of the most imaginative offerings, allowing players to oversee any of the 30 teams as the general manager. You still monitor trades and watch for available free agents, but new this year is a conversation system that expands your day-to-day responsibilities. Along with the financial side of the business, you need to supervise player morale, your media presence, and what your owner is hoping to get out of his team. You can still play the games marked on the calendar, but I found myself more interested with off-court drama throughout my tenure.

NBA 2K15 isn’t as drastic a visual update as last year’s next-generation debut. Your friend sitting on the couch might not drool over the visual updates or expanded feature set, but the overhauled control scheme and helpful shot meter are the types of improvements basketball fans have been waiting for. Battling for space and effectively using a screen to set up a wide-open jumper is superbly satisfying, and while it can be a struggle to keep up on defense, the interaction between all 10 men on the court at any time has never looked or felt this real.

View Comments (292)
Back To Top
9
Superb
About GameSpot Reviews 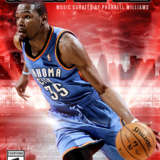 Josiah Renaudin is a basketball fanatic who loves watching the NBA, but always manages to hurt himself during pick-up games. He played hundreds of hours of NBA 2K14, dozens of hours of 2K15’s many game modes, and won a championship with his custom small forward in MyCareer.