NBA 2K12 retains its crown as the best basketball franchise by offering a number of worthwhile improvements across the board.

Michael Jordan was renowned for making small improvements to his game during the offseason. His opponents would think they had a grasp on what His Airness was capable of, only to find that he had added post-up moves or a fall-away jumper to his already-impressive repertoire. NBA 2K12 has taken a few notes from the former Bulls' star. Last year's entry was already the most realistic simulation of professional hoops ever released, and a number of small but important tweaks make this year's edition even more engrossing. A revamped My Player mode makes your quest to turn your benchwarmer into a Hall of Famer more engaging than in years past. A slew of historical players and teams, complete with accurate television presentation for every era, also make this the definitive package for anyone craving some roundball action. There are a smattering of tiny flaws, such as occasionally prescient artificial intelligence and a couple of wonky animations, but you have to hunt for reasons to be put off by this experience. The greatest player who ever lived has been retired for years, but the best basketball game around is just entering its prime.

The most noteworthy addition to NBA 2K11 was a mode that allowed you to participate in a handful of Michael Jordan's most famous games. In NBA 2K12, history is an even larger focus. Fifteen of the greatest players of all time are represented here, and you get to take part in some of their most important games. Teammates, opponents, and coaches are lifted straight from their eras, and the expertly designed presentation ensures that everything looks just as it should. Play as Bill Russell in the early years of the NBA and you see the action play out through grainy archival footage. When you select Julius Erving's Sixers' teams, however, the muted tones of the early '80s shine through. These touches add a layer of authenticity to a package that is already bursting with it. And, unlike last year, you don't have to hit certain statistical milestones to complete each challenge. Previously, this focus on raw numbers forced you to become a ball hog, which sapped away the excitement of taking part in classic showdowns. Now, if you'd rather light up the net with Joe Dumars than with Isiah Thomas on the Bad Boy Pistons, the choice is yours. And when you win a game, you unlock those older teams, so you can stage your own competitions.

No matter which era you happen to be playing in, the presentation is incredible. The sights and sounds mirror the real thing with meticulous detail. For anyone who grew up watching the NBA, it's hard not be whisked away by your nostalgic memories as you see these digital creations move just as they should. Take the flamboyant Dennis Rodman. If you find yourself at the charity stripe, you see him chuck the ball indifferently toward the hoop just as he used to when he was an active player. Shorts change in length and tightness through the eras, while players juke and lean with lifelike movement. Commentators also document the action with an air of confidence and understanding rarely seen in a video game. Small animations that you wouldn't expect further cement just how amazing this game looks. When you slam into a player who is attempting a shot, you may reach out to grab his wrist after the whistle blows, to prevent him from falling. It's stunning how many details are hidden in NBA 2K12. However, there are some odd moments when the facade fades away. Some animations, such as when you throw a pass on a fast break, look strangely robotic. And it's jarring to see modern advertisements in throwback games. But the presentation is mostly top notch, making this game almost as much fun to watch as it is to play.

Another big improvement has been made to the My Player mode, which has been overhauled to make it much more accessible than in previous years. In earlier games, after you created your character, you would have to take part in dull development league games until you were called up to the big leagues. While it may have been a realistic way to achieve success for borderline NBA talents, it was incredibly boring. Now, you play in one exhibition game before you're drafted and then you get to show off your stuff against the best players in the world. Although progression is quicker, it's just as rewarding as before because your goal is ultimately to get your bust displayed in the Hall of Fame. You just get to skip to the fun parts much earlier. Plus, an interview process has been incorporated that helps to develop a stronger connection to your character. Teams drill you before the draft and reporters toss softballs at you after games, and what you say determines how others view you. This may still feel like a small step rather than a giant leap--because you have only a small amount of control in these matters--but it does a good job of keeping you invested for your entire career. Climbing the mountain toward immorality in My Player takes a lot of work, but it's empowering to watch your player grow from an ordinary scrub to a perennial all-star.

The off-the-court aspects of NBA 2K12 are impressive across the board, and this high quality comes across in the action as well. There aren't many changes from last year's game, but there's little reason to drastically tinker when the results were already so good. Finer control over your character's movements gives you even more versatility on the offensive end, and there's a handy training camp to take you through the paces. There's a smooth flow that replicates the real thing in exacting detail, and the artificial intelligence is smart enough to shut down your offense if you get too predictable. You need to run plays, move the ball smartly, and shoot when an opening presents itself or you'll find yourself down by double digits before you can say Luc Richard Mbah a Moute. Hard-nosed AI is a good thing, but NBA 2K12 sometimes crosses over into cheap territory. Opponents might know what you're doing even when their back is turned or intercept a clean pass, and rare as these occurrences may be, they are maddening in a close contest. They don't smother the fun, but in a game that is usually so realistic, these blemishes stand out.

NBA 2K12 isn't hugely different from last year's version, but enough additions have been included to make it exciting for fans hungering for some hardwood hoops. More vintage players, small gameplay tweaks, and the same great presentation you expect make this the best NBA game around. Plus, Association mode can now be played offline and online, which gives you even more freedom in designing your dynasty. Like Michael Jordan during his playing days, if NBA 2K12 had simply rested on its laurels, it would still be the best out there. But the truly great know the offseason is the time to make enough improvements that further distance them from the competition. 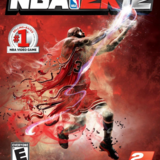 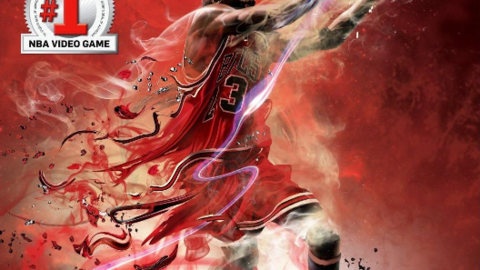 The NBA 2K franchise is back and bigger than ever with NBA 2K12.