NBA 2K almost does for basketball what NFL 2K did for football.

Whether you're a fan of other basketball games or not, once you've played NBA 2K you can never go back to those other games. NBA 2K is an officially licensed NBA game from Visual Concepts, the developer of NFL 2K. It features all the real players, teams, and arenas, as well as the usual basketball modes, like exhibition, season, and playoffs. The game also has an extensive create-a-player option, and it lets you tweak just about anything. So those of you still living in the past will be able to create a pretty good facsimile of Michael Jordan.

Visually, NBA 2K is the most dazzling and realistic-looking basketball game ever. The game moves at 60fps and features more than 1,500 motion-captured animations and more than 400 individually modeled players. Almost everyone looks just like their real-life counterpart. When Kobe Bryant, Latrell Sprewell, Patrick Ewing, or any of the other big names walk onto the court you can instantly recognize them. Eye movements and facial expressions add to the frighteningly real look. Players open their mouths when going up for a dunk, smile after sinking a shot, and so on. While these are nice touches are truly amazing, the only time the camera is ever close enough to appreciate these small touches is during the player introductions and instant replays. Even the detail of the crowd in the stands is amazing. You can see individual people in the stands turn their heads, clap, and pump their fists in the air. The benched players on your team jump up and clap and do all kinds of stuff when you put some points on the board. The coaches and the players watching and reacting to the action along with the animated crowd not only make the game look incredible, but it actually makes the game so much more of a realistic and fun basketball experience.

NBA 2K also does an amazing job of delivering an authentic re-creation of the sounds of an NBA game, as well. With two men in the announcing booth, a PA announcer, on-the-court chatter, crowd cheers, chants, boos, and a little music thrown in, there's never a dull moment. The play-by-play calls and commentary are right on the mark. It's quite impressive when you have a situation where you must sink a three, and you shake and roll a defender off you, post up at the line and drain the three. The announcers not only call the play out as it's happening but also comment on it after the fact with the appropriate enthusiasm.But for all its graphical and aural touches, any good sports game has to truly deliver in the gameplay department. NBA 2K does just that.

The control setting and overall feel of NBA 2K is extremely responsive and intuitive. The control lets you do a variety of moves with relative ease. The analog stick gives you extremely precise control of your player's movement and speed. The ability to pass the ball, either by using the traditional direction-passing method or icon passing is excellent - having both methods available gives you the ability to really work the ball around the court quickly and accurately.

The list of options and rules that can be turned on and off is quite extensive. One great feature in NBA 2K is an option it gives you to set up the game so you're not always the ball handler. The computer will take the helm, leaving you with the sole responsibility of setting up for a shot.

The AI is fairly intelligent, and as in NFL 2K you'll have close games and blowouts depending on what the matchups are. Your computer-controlled opponents and teammates do a lot of things just as they would in the NBA. For instance, when the game's almost over, and a team is down by a few points and out of time outs, one of its players will intentionally foul to stop the clock.

The three levels of difficulty really let you set up the kind of game you want to play. The rookie setting, as the name implies, lets you familiarize yourself with the control without the computer stomping you at every turn. The pro setting is the medium setting, and it's really well balanced. All-Star is pretty harsh. To succeed you must really use the plays, know which ones to call, what situations to call them in, and what player matchups you have the advantage of.

The one thing that may aggravate players who aren't die-hard basketball-simulation fans is NBA 2K's realistic representation of the number of fouls that are incurred during play and the number of passes that miss their mark and find their way out of bounds. If you are trying to heave a pass way down court, it's considered a high-risk pass, and it will sometimes not get to your man.

In the end, NBA 2K's dazzling graphics, superb control, and strong AI make it the most dynamic basketball video game ever. However, Visual Concepts fell just short of delivering the same seamless gameplay of NFL 2K. The game's visuals and control, while both outstanding, just don't have the same cohesion that made NFL 2K so flawless. But even with these few problems, playing NBA 2K will just about ruin you for all other basketball games. 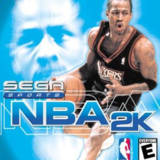 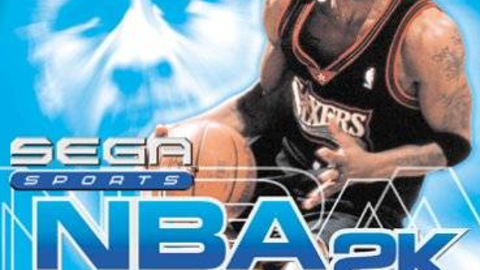 NBA 2K almost does for basketball what NFL 2K did for football.