The unnatural order of things.

If patience is the cardinal virtue shared by all role players, then Natural Doctrine will be the game that turns a lot of saints into profanity-slinging, rage-quitting sinners. To some extent, this is what developer Kadokawa Games wants. Many of the game's most sadistic battles are laid out with cruel intent, the designers beckoning you closer and closer to the evil jack-in-the-box waiting for you behind a rock wall, or sitting in a cave after you pull the wrong lever. Unfortunately, most of Natural Doctrine's greatest challenges to your patience don't arise from a fair and balanced battle system, but from the game's failure to adhere to comprehensible logic.

In many ways, Natural Doctrine is a traditional turn-based role-playing game, but it's one that finds a number of unique ways to annoy you. The fields of play are typically wide enough to allow breathing room, but Natural Doctrine still often funnels your party members down cramped corridors for fights, with occasional high grounds for riflemen to gain the advantage. The game screen is often absolutely choked with information, exacerbating the sense of claustrophobia. Button guides are at the bottom, the turn order is at the top, attacks options are on the left, information about them is underneath, and if you've switched the graphics style for the dialogue into full mode, character portraits often block the right half of the screen. Once you start arranging actions for your turn, the lines of attack look like Jackson Pollock's interpretation of the New York Giants' playbook. When the game is at its cluttered worst, you watch your characters move in a space the size of a Tetris block; at its best, the act of even seeing and targeting enemies is a kaiju-scale grappling match with the unwieldy camera, and that's before you endure 10 minutes of watching enemies move into place and perform overelaborate attack animations.

This is the irony of Natural Doctrine: it overwhelms you with unnecessarily detailed data, but rarely communicates anything truly essential. There's an extensive amount of voice acting and text dedicated to the game's mawkish and inconsequential anime story, for instance, yet the tutorial leaves volumes to the imagination. In time, you learn that Natural Doctrine's big gimmick is the link system, in which one character's action can allow some or all of the others an additional crack at the enemy; furthermore, just the right positioning grants each attacker damage or defense bonuses for the entire turn. When the link system is at its best, your team of heroes circles three or four enemies, seeking just the right vantage point from which to do the most damage.

Should you perform this deathly dance properly, you may be able to completely shut the enemy down. Sadly, performing it correctly means devoting hour upon hour to trial and error, because the tutorial only teaches you a few scant basics. Learning how to guard allies, why you can't open chests and doors on a linked turn, how to configure your party for maximum buffing, what your movement limitations are, how accurate your gun-wielders may or may not be--you must wing your way through these considerations and many more until the game forces you to figure them out in increasingly unforgiving ways. For what it's worth, Natural Doctrine's upgrade system is a fine one, allowing you to intuitively swap around skills and attributes at will until your characters play the way you need them to, but even so, you're going to have to die, and die often, just to determine what each character's particular strengths are.

Again, the patience of strategy role-playing veterans cannot be underestimated, so you may persevere. Even on easy mode, you may spend many an hour learning the game's intricacies, replaying stages, practicing your favorite strategies on hordes of bad guys, and tweaking your preferred combat style. You will struggle, fight, die, and grind for experience for days, and a moment will come when you realize that your enemies are and will always be better at Natural Doctrine than you are.

Anyone who's played a Souls game at this point will be used to the theory Natural Doctrine is trying to espouse here. Victory is paid for with trial and error, with heavy emphasis on the "error" part. But where Dark Souls and its brethren reward experimentation, improvisation, and just plain cunning, there is quite often only one viable solution to a problem in Natural Doctrine, and it's your responsibility to find out what exactly that one solution is. The alternative is being stuck for 30 minutes on an encounter in which one false move results in the enemy linking dozens of attacks together in an unstoppable string of death. It's not strategy: it's Byzantine safe cracking. Many of the early battles involve getting to one specific room, being confronted with the possibility of a boss battle, and discovering that the conditions for victory involve escaping behind a closing door. That might have been acceptable if making a run for it didn't take 30 minutes just to move two rooms away. See, you can link attacks and heal to your heart's content, but escaping to a different area must be done one character at a time. You spend most of your time with Natural Doctrine restarting stages after spending close to an hour escaping an enemy you can't even fight. That's not “hard, but fair.” That's suffering of the kind that's legendary even in hell.

All of this is in aid to a watery thin story that mimics the plot of Attack on Titan, with generic World of Warcraft-style castoffs supplanting Titan's creepy frozen-faced abominations. There's the occasional twist, including an early one whose suddenness and brutality you will never see coming, but the story is otherwise a great nothing. The times when the game offers joy--typically, when you actually do figure out the perfect link to completely decimate your enemies--don't outweigh the pervading sense of overwhelming frustration.

Despite the aggravation, there's an audience for Natural Doctrine, a brand of uber-patient strategist who focuses with laser precision on how to manipulate the system and do his dirty deeds. The tools are there to do so, and with enough commitment and dedication, there's a point in which the true joys of the game open up for you to see. With that same commitment of time and energy, however, you could also play a better role-playing game several times over. 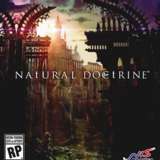 Justin Clark commands legions of people to move in tight, limited squares in real life, too. He's sent thousands of warriors to their screaming deaths in Final Fantasy Tactics, Tactics Ogre, and Jeanne D'Arc over the years, so spending 25-ish hours getting destroyed in single turns by multiple low-level gun-wielding grunts in Natural Doctrine makes for a pretty apt comeuppance, all things considered. 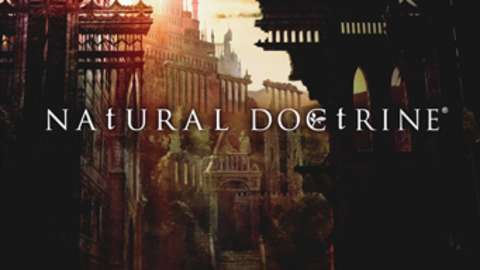 Natural Doctrine is a turn-based strategy game announced for the PlayStation 4.