For the casual driving-game fan that almost likes NASCAR racing but never has bothered to watch an entire race, you may want to think about the 50 laps you have to race before taking that victory lap.

NASCAR 99 for the N64 gives you the most realistic NASCAR racing experience available for any console system. However, for the casual driving-game fan that almost likes NASCAR racing but never has bothered to watch an entire race, you may want to think about the 50 laps you have to race before taking that victory lap.

NASCAR 99 features 37 real-life drivers, including Jeff Gordon, Dale Earnhardt, and Richard Petty. There is a total of 17 different tracks that are all accurate re-creations of real-life NASCAR raceways like Sears Point, Atlanta Motor Speedway, and Michigan Speedway.

You'll spend the bulk of your time adjusting your car settings so it performs as well as possible for each individual track. Since all you really do on the track is pick your racing line and go as fast as possible down the straightaways, coast into turns, and power out at the appropriate time, a lot rides on your car settings. The semi-realistic damage mode makes the game exciting since if you rub up against an opponent or a wall a bit too hard you can blow a tire. Visually, NASCAR 99 is fantastic. The cars and their paint jobs look identical to their real-life counterparts. The game is chock-full of great visual effects, especially a nice smoke effect when you're peeling out. However, too much smoke on the screen slows the game's frame rate down a bit, but this usually only occurs when you're spinning donuts so it doesn't really detract from the game. The tires also leave tracks when peeling out or when you hit the brakes. It's also cool to see that when you scrape against the wall, paint smudges from your car are left behind. All of this paint trading is seen from five different camera angles. The inside-the-car view really makes you feel as though you're right in the driver's seat, although it would be extremely helpful and realistically accurate if there were a rearview mirror in the car. The sound and music of NASCAR 99 are great. The Stevie Ray Vaughn guitar licks are an especially nice touch. The engine sounds are excellent; the sound even authentically changes when you switch to the inside-the-car view. The two-man announcing by Benny Parsons and ESPN's Bob Jenkins sounds pretty good, although the lack of variation makes them more annoying than interesting. Your pit crew will also shout instructions and advice over the radio. Unfortunately, their vocabulary is also extremely limited.

In the end, NASCAR 99 is the most authentic NASCAR game to date, and as it happens, the only one for the N64. But unless you are a NASCAR fan, you probably won't get much out of NASCAR 99. Let's face it. A racing game that is packed with straight stretches of road and a bunch of left turns isn't a whole lot of fun. As a casual NASCAR fan, I can appreciate what NASCAR 99 is, a really good NASCAR racing simulation. But if you're just a racing-game fan, you'll probably get tired of NASCAR 99 fairly quickly. 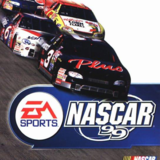 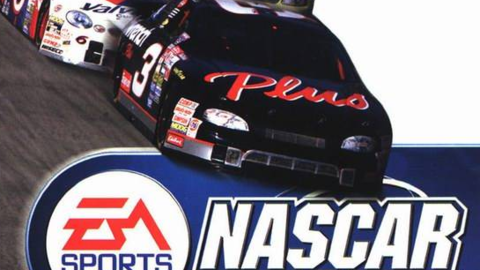