Despite a lack of visual refinement, NASCAR 2001 is definitely a game that's worth owning.

EA Sports already has a solid foundation when it comes to NASCAR-inspired racing games. NASCAR 2000 had an arcade-quality feel, speedy visuals, and plenty of graphical eye candy, while NASCAR 2001 eschewed this graphical fluidity in favor of realistic drafting, car damage, and a plethora of options. Thanks to the technological might of the PlayStation 2, the possibility has arisen for the best of both worlds to coexist - thick, photo-quality visuals; tight, realistic control; diverse options; and easy to pick up but hard to master gameplay. Unfortunately, EA Sports' PlayStation 2 version of NASCAR 2001 isn't the peaceful coexistence racing fans are hoping for. However, if you don't expect the world when it comes to simulation options or graphical detail, it sure is a fine game of racing.

NASCAR 2001 leaps out of the starting gate with a ton of features and options. From the main menu, quick race, single-player race, single-player season, two-player race, and two-player season choices are available. Quick race places you in a random car on a random track with the majority of physics options and AI quirks disabled. Drive for six laps, have some fun, and try not to wipe out. If you want to choose a specific team, driver, track, or game option, the single race and season modes are where you'll want to go. NASCAR 2001 features 37 teams and drivers from this year's racing season, including Robert Yates Racing's Dale Jarrett, Joe Gibbs Racing's Bobby Labonte, and Team SABCO's Sterling Martin. If the stock selection of drivers isn't sufficient, you can create your own drivers as well - provided you don't mind being limited to helmet color and car choice. In terms of track selection, the speedways at Daytona, Darlington, North Carolina, California, Miami, Michigan, Phoenix, Richmond, Talladega, Watkins Glen, Pocono Raceway, Atlanta, Bristol, Lowe's, Texas, Sears Point, and Las Vegas represent the game's 17 real-world tracks - all of which may be raced in day or night conditions.

Adding depth to the game, the season modes give you the pleasure of participating in a stats-laden yearlong driving competition. Within the season mode, you can choose from a full season, half season, or a four-track miniseason. Sadly, the road course challenge, short track challenges, and speedway shootouts from the PlayStation NASCAR 2001 are missing. There are three difficulty levels to choose from, ranging from the barely challenging AI of the rookie setting to the true-to-life legend setting, in which cars routinely hog the road, form wolf packs, and generally make the course a killing field. Despite a few missing course challenges, the artificial intelligence is noticeably more realistic in this version of the game. Just as in real life, Rusty Wallace and Dale Earnhardt Jr. are some of the most line-hogging psychopaths ever to don a racing uniform, while Jeff Gordon and Mark Martin show off the reserved tendencies that make them excellent for the long haul.

In addition to allowing you to vary car settings such as transmission type, spoiler angle, suspension, wedge, tire pressure, and gearing, NASCAR 2001 also lets you toggle car damage, adjust race length, enable computer-assisted speed compensation, and select between arcade- or simulation-level physics. While the brunt of these options have only a minor impact on the actual race, be careful of the physics setting you choose. Simulation mode offers excellent draft mechanics and tighter steering, but it really forces you to be a miser when it comes to braking, fuel load, cornering, and position jockeying. The arcade setting is more of a "pedal to the metal" experience, but you lose the ability to draft and slide when you need it. As the season progresses, the game will track your accomplishments across ten per-race and 17 overall statistics categories, such as finish position, margin of victory, winnings, laps led, and average finish. The game also tracks leader board statistics in ten additional categories, including most wins, most championships, and win percentage, as well as midyear milestones. NASCAR 2001's statistics offerings may not outdo what you'll find in the Sunday morning paper, but they're no slouch either.

As far as gameplay goes, NASCAR 2001 provides a solid game of racing. The courses reflect their real-world counterparts, such that each raceway's trademark assortment of sharp corners and banks makes things quite interesting. For example, the sharp bank in the second turn at North Carolina will throw your car into the wall if you're traveling too high on the racing line. The car control itself is standard - push X to accelerate, square for brake, and hit circle when you wish to switch views. The controls may be remapped, however, placing analog steering and acceleration at your disposal. Actual driving is a healthy mixture of simulation- and arcade-style racing, although the balance definitely depends on the difficulty you choose and whether or not you've enabled car damage. At its easiest, NASCAR 2001 plays like a stiff version of Namco's Ridge Racer, with unforgiving turns that require cautious braking, lest you smash into the wall or another driver. At its most difficult, you'll have to spend a great deal of time braking and controlling your speed, keeping in mind that your car could shatter to bits as opponent vehicles push you into the wall or onto the grass. Although neither physics setting is particularly well done, the fact that NASCAR 2001 offers both choices and adjustable difficulty levels makes it a game that is playable by all audiences.

Unlike NASCAR 2001's mostly splendid gameplay, the game's visuals are a mixed bag. First the good: Prerace FMV snippets and postrace highlight reels utilize a mixture of game engine graphics and video clips to give the game a distinctly professional feel. The car models are some of the best, if not the best, ever seen in a NASCAR video game, with logo decals, environment reflections, and high polygon counts offering up some of the nicest cars this side of Talladega. As an added bonus, each of the game's five camera angles alters the level of realism you'll encounter in the game. For example, lens flares and muffled engine noises greet you in the inside-the-car view, but fiery particle and smoke effects are the order of the day in the tracking view. The roadways themselves are crisp and colorful, lacking distraction but containing enough grandstands, buildings, and light standards to convey a realistic feel. Unfortunately, NASCAR 2001 has its share of graphical problems as well. Distant background objects, such as clouds and mountains, are lacking in color and variety - almost as if EA plopped the game's 3D engine on top of 2D matte paintings. Oddly, while the game sports cleaner overall visuals than Namco's Ridge Racer V, random spurts of color banding, jaggedness, and pixelation occur whenever too many vehicles are onscreen at once. If you've ever seen a satellite broadcast break up or watched a poorly encoded MPEG video, you'll know what to expect. The boxy spectator visuals and course guardrails leave something to be desired as well. Because of these flaws, NASCAR 2001 literally looks like a souped-up PlayStation game. The game is certainly easy to see and inviting, which is what matters most, but one can't help but feel a little chagrined after seeing the sheer splendor of EA's own F1 Championship Season 2000.

Perhaps the greatest improvement in the PlayStation 2 version of NASCAR 2001 isn't its gameplay or graphics, but its audio. In the PlayStation release, you could choose between background music or announcer commentary, but you couldn't have both. In the PlayStation 2 release, you get everything - pulse-pounding sound effects, a country-inspired rock music soundtrack, and dry, witty commentary. Diverse engine noises, shattering metal, and screeching skids compose the best set of sound effects ever found in a racing game. It's fairly amazing how EA Sports has made things sound different based upon track location, viewpoint, and in-the-pack placement. The game's music is similarly inspiring, featuring country and rock selections from such acts as Kenny Wayne Shepherd, Karma to Burn, and Widespread Panic. Unfortunately, the in-game commentary, while a tad more prolific than that found in the PlayStation release, still needs some work. On the plus side, you always know where you are in relation to other drivers and when a tricky turn is coming up. On the downside, the announcer delivers it with the same emotion and drive as one of Ben Stein's Visine commercials. A pit crew radio rounds out the game's audio features, offering up such key phrases as "You the man," "Try a different line," and "How's it feel up front?"

Despite a lack of visual refinement, NASCAR 2001 is definitely a game that's worth owning. Its gameplay is accessible to racing fans of all ages and backgrounds, while its statistics and options provide a fair amount of replay value. NASCAR 2001's diverse variety and inviting control makes it a viable alternative to the other PlayStation 2 driving games on the market. 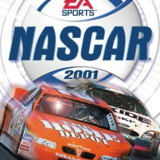 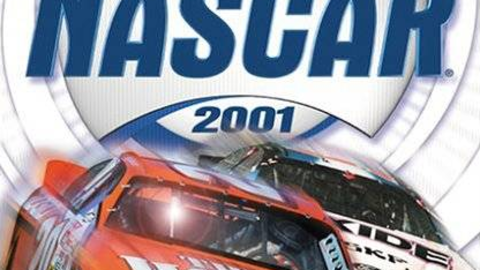 Despite a lack of visual refinement, NASCAR 2001 is definitely a game that's worth owning.