Naruto Shippuden: Ultimate Ninja Storm Generations improves on the series' fun and flashy fighting mechanics, but drops a few features along the way.

Naruto Shippuden: Ultimate Ninja Storm Generations is a good gateway into the world of fighting games. As with previous games in the Storm series, Generations' core combat mechanics are accessible enough for a large audience to enjoy while still rewarding practice and proficiency. This series has a beautiful visual style and an aggressive combat rhythm uniquely its own. But while the core mechanics remain intact, Generations drops some features found in its predecessors and offers shallow alternatives.

Watching a match of Generations is a lot like watching Dissidia 012: Duodecim Final Fantasy--it appears complicated but is quite simple. For Generations, matches are fought between two opponents until one side runs out of health. The face buttons control attacking, dashing, throwing shurikens, and manipulating chakra. Chakra is the currency of special attacks and can be used in conjunction with any of the other three functions for enhanced results. For instance, using chakra and dash together lets you move farther more quickly, while chakra and attack together produce devastating special moves.

These special moves are the main point of distinction between this game's 72 playable characters. Generations, like previous Naruto fighting games, focuses its efforts on providing interesting outputs rather than inputs. There's no need to master complex combo timing or to study the particulars of a light punch versus a medium kick. The vast majority of fighters use the same style and tactics. Proficiency steams from mastering the fighting system, rather than individual characters. Whether you're a novice or a veteran, the fights are still fast-paced bouts filled with fireballs, tidal waves, and more.

The backbone of Generations' combat system is the substitution technique, which lets a character teleport behind his or her attacker. This mechanic drives the flow of combat, which, at its most basic, follows a rhythm of strike, teleport, strike, teleport, and so on until one side cannot teleport further. The challenge is manipulating that flow so your opponent exhausts his or her substitutions before you do. This gives the game an overwhelming focus on aggressive, rush-down tactics and doesn't leave much room for different fighting styles.

In addition to being the game's backbone, the substitution technique has received significant changes. Previously, it depleted the chakra gauge when used, which led to some unintended exploits from skilled players. Now, this technique has its own dedicated gauge that is divided into four sections. Each section affords one substitution and refills automatically. The window for performing a substitution is larger in this game as well. These tweaks make each substitution extremely valuable and lower the skill barrier by de-emphasizing precise timing and instead focusing on resource management. They maintain the core strategy of substitutions while making the technique more accessible.

Generations does a marvelous job of re-creating the look and feel of its televised counterpart. The visual style is smooth and crisp, with a high-contrast art style that reflects the colorful look of the show. Each character's most powerful attack includes swooping camera angles that highlight the devastation. Sadly, the road to these moments is needlessly difficult since the game lacks a comprehensive tutorial. Diving into the training mode options menu reveals a command list with the game's most basic functions, but some of the finer points--such as how assist characters can extend combos--are left unspoken.

The narrative mode in Generations has dramatically changed from previous games. What used to be a large, interactive world to explore has been reduced to a glorified arcade mode. The former was often bogged down with numerous uninspired fetch quests, but even so it was an interesting way to explore the world of Naruto. Its replacement weaves a tale through narration and stills that bookend each fight. This structure is a safe bet, but lacks the epic cinematic events, rail-shooting sequences, and other unique features of the former mode.

The online offering in Generations is very robust. Across numerous matches of varying connection strengths, this game's performance is consistently excellent. There is hardly any noticeable lag or other connection issues. When playing with a group, spectating is available for the non-active players. Replay support is also included, letting you view and download replays of other matches, but there isn't any way to filter replays, which is unfortunate.

Thanks to the tweaks to the substitution technique, the combat mechanics in Naruto Shippuden: Ultimate Ninja Storm Generations feel better than ever. But as a whole, this game is a minor refinement over the previous installments. Generations is still a solid fighter, but definitely leaves you wanting more variety in its modes. 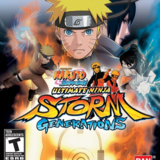 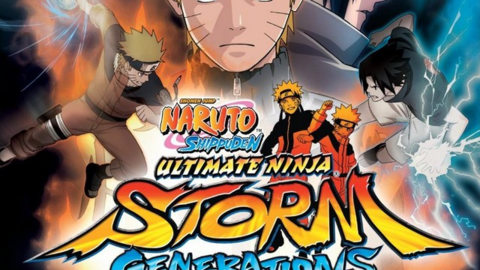 Naruto Shippuden: Ultimate Ninja Storm Generations combines characters from both of the series timelines for players to battle it out.