There's a lot to be said for fan service and its role in entertainment. Providing material that speaks directly to an audience with a specific love and appreciation of a given source provides a palpable sense of private-club-like inclusion, allowing fans to feel connected through their shared interest whether they're in the same room or on the other side of the world. Rather than feel isolated and frustrated by an undying love for a given movie, character, comic, or novel, the existence of indulgence-orientated products makes us feel part of something bigger--there are people out there who like this stuff as much as I do. The Ultimate Ninja series has always taken this idea to heart, concentrating its focus to a laser point that other franchises would never dare to attempt for fear of alienating all but the most dedicated of followers. If you're part of the club, then such single-mindedness is great. If you're not, then don't let the door hit you on the way out.

Naruto Shippuden: Ultimate Ninja Storm 3 Full Burst is perhaps the most extreme example yet of Namco Bandai's attempt to appeal to the converted and only to the converted. Here's a game not simply for any old Naruto fan, but for Naruto fans who are completely up to date with the story and characters as they currently exist in the anime/manga episodes and are seeking a new way of experiencing previously explored plotlines. If you're not up to date, then not only are you going to struggle enormously with the story as depicted in the game's early stages, but you're going to ruin what you've not yet seen of the TV series. Unfortunately, due to gameplay that is as unwieldy and bloated as its title, Full Burst is not an acceptable way to get yourself up to date with this franchise.

This may be a beat-'em-up, but the primary Ultimate Adventure mode features so little gameplay in comparison to cutscenes and dialogue-heavy exposition that you'd be forgiven for thinking you're sitting through a barely interactive (albeit combat-heavy) soap opera. It feels as though developer CyberConnect2's plan was to create a condensed edition of the anime in which fight scenes are playable, rather than create a game in its own right. This leads to an experience that features such haphazard and irregular pacing that your principal cause for intrigue rests in trying to work out just how long it's going to be before the game asks you to pick up the controller again--and even when you do, the core combat is a shallow, button mashing affair that requires little in the way of skill. While there's definite and worthwhile value in repackaging the events of a beloved series in a new format, there's also value in a game giving you something to do.

There may be a lack of interaction in story mode, but that doesn't hold true for the package as a whole. Including all of the downloadable content released for the original Naruto Shippuden Ultimate Ninja 3 release, the volume of content on offer is gargantuan. Chief among the additions is the extra Ultimate Adventure chapter, which sees Sasuke and Itachi Uchiha take on the nefarious Sage Kabuto, a segment that is so phenomenally difficult in comparison to the rest of the game that all previously learned tactics become essentially redundant. The same Sage Kabuto is unlockable as a playable character if you have the patience to jump through the numerous hoops to unlock him, and there are also some new costumes to swoon over.

The biggest, but certainly not most interesting, piece of extra content comes in the form of supplementary challenge missions. One hundred of these have you beating an opponent in a fight while handicapped in some way--removing your ability to jump, for example, or setting a limit on the number of attacks at your disposal. While these missions do add some welcome variety to the combat, they primarily serve to highlight just how shallow the core mechanics are. Without these externally shoehorned twists on battle, fighting suffers from an overwhelming shallowness that sees you engage autopilot once the basics become second nature. Only during set-piece boss battles are you asked to do something out of the ordinary.

To compound matters, the most members of the enormous character roster plays in the same way. You swap between characters regularly during Ultimate Adventure, but this is done predominantly to facilitate the narrative rather than to spice up gameplay through variety and diversity. Granted, significant and impressive visual flair is achieved by switching often between characters with attacks that are literally out of this world, but that aesthetic quality doesn't remain interesting long enough for the combat inadequacies to be forgiven. Clearly, this is not a game with the remotest desire to cement its place in the bastion of hardcore fighting game legacy, but that doesn't excuse the fact that there's so little meat to the gameplay that you're essentially feasting on elaborately painted bones.

Similar problems exist with Ultimate Adventure's role-playing-game-lite elements, which allow you to roam around a number of different environments with a view to collecting and buying items to use in combat (health potions, strength buffs, and so on) and optionally talking to loitering non-player characters. At times, these moments provide a welcome break from the cutscene/fight/cutscene pattern, but more often than not, they feel designed to artificially lengthen the game and trick you into thinking you're playing something with genuine genre-blending aspirations.

The closest comparison to this format is Asura's Wrath, another of CyberConnect2's offerings. However, where Asura's Wrath succeeds in this style of storytelling thanks to its short length and ferocious pace, Ultimate Ninja Storm 3 suffers from attempting to cover far too much ground for the core mechanics to handle. If you do classify yourself as a Naruto aficionado, then simply having another medium through which to consume the narrative is potentially going to be enough to satisfy you. Without a doubt, everyone else should look elsewhere.

View Comments (41)
Back To Top
5
Mediocre
About GameSpot Reviews 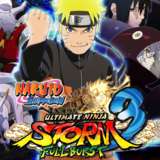 John likes to downplay his dedication to anime and Japanese video games, but the truth is that rarely a week goes by without at least a few hours being consumed by the wonders of Tokyo-driven pop culture. For the purposes of this review, 20 hours were plowed into Full Burst. 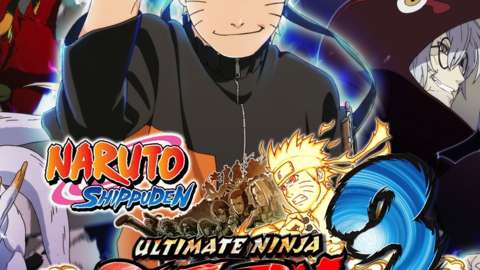 Naruto Shippuden: Ultimate Ninja Storm 3 Full Burst features many new enhancements and additional content, including the anticipated chapter where Sasuke and Itachi take on Kabuto in a nail-biting confrontation.