A flair for the dramatic elevates Ultimate Ninja Storm 2 above its shallow combat.

It's a sad fact that among the constant flood of games based on popular anime series, many succeed at delivering lots of characters, music, and other content that appeal to devoted fans, but can't manage to support all these goodies with a compelling gameplay experience. It's refreshing, then, that the Ultimate Ninja Storm series continues to deliver moments that capture the bristling energy and excitement of Naruto. Unfortunately, these terrific bits are separated by a great deal of dull filler, but the intensity Ultimate Ninja Storm 2 delivers at its best makes enduring these tedious stretches worth it in the end.

The tale you experience in the Ultimate Adventure mode is told with a great deal of dramatic flair, and it's clear that a lot of care went into doing these characters and events justice. As the hotheaded young ninja Naruto and his friends struggle against evil forces to protect Hidden Leaf Village, moody music, effective camera movement, and great voice acting all enhance the impact of their brave struggles and the poignancy of their noble sacrifices. Unfortunately, the story also casually throws around so many characters, organizations, and obscure terms without explanation that much will be lost on those who come to Ultimate Ninja Storm 2 without knowing their Akatsuke from their Kazekage. This game is unapologetically one for the fans, and it makes no effort to embrace anyone else.

The Ultimate Adventure mode has a lot to offer, but you need to slog through a lot of boring exploration to get to the good stuff. A map always tells you exactly where you need to go next to advance the story. The locations along your way may be gorgeous, but having to run through screen after screen of Hidden Leaf Village streets to make your way to the Hokage's chambers, click through a bunch of text, and then run back through those same streets again is just dull. Yet you need to run through these streets and many other locations time and time again during the course of the story. The only significant thing to do on any of these screens is to push a button in specific spots to look for materials you can give to merchants so that they can make new goods to offer you. But while these items offer a range of beneficial effects like slowing down your opponent for a little while or temporarily increasing your attack power, stopping every few steps to pick up a mushroom, feather, or arrowhead gets tiresome, and the benefits of these items aren't worth the added time it takes you. You'll want to get through these boring stretches as quickly as you can. Making matters worse, you're frequently interrupted by load times that, while not painfully long, are long enough to break up the flow of the game and make the already unwelcome process of traveling even more unpleasant.

Ultimate Adventure mode's tale is spread across seven chapters, and the highlights that punctuate these chapters are the epic boss battles that conclude them. Particularly memorable are the quick-time events that you must complete to emerge from these struggles victorious. As a gameplay mechanic, quick-time events aren't novel anymore, but the ones you experience here are made terrific by the surprisingly intense action that accompanies them. To go into much detail about these events would be to spoil some of the game's best moments, but suffice it to say that towering monsters do battle, entire cities are threatened with destruction, and hundreds of Naruto clones fill the sky at once. These jaw-dropping sequences are packed with all the massive summonings, speedy chase sequences, and impossible fight choreography that typify the action of the anime. And although you don't have direct control at these times, needing to quickly push specific sequences of buttons or wildly pound the same button repeatedly makes you feel far more invested in these dire moments than you would if they just played out in cutscenes.

The actual fighting in Ultimate Ninja Storm 2 isn't quite as epic as these quick-time events, but it looks great and, at least in the context of the Ultimate Adventure mode, it feels pretty good, too. The four face buttons are used for jumping, tossing shuriken, striking your opponent, and charging up your chakra, an energy that you can then use in conjunction with your other attacks to make them more powerful. The shoulder buttons are used for calling on other characters for a bit of support and for guarding against enemy attacks. If you guard at the precise moment you're attacked, you'll pull off a substitution jutsu, immediately appearing behind your opponent and getting a chance to put him or her on the defensive. Because each character pulls off his or her powerful combos with the same single button and simple inputs of the left thumbstick as every other character, the fighting is immediately accessible, and the way the story jumps between characters doesn't pose any problem.

The flip side of this is that there isn't a great deal of depth to the fighting. These button-mashing antics make for some fun and very flashy fights in the single-player story mode. The camera swings around to frame the action dramatically, and the spectacular chakra attacks you can perform make you feel like you've really harnessed the incredible powers of these characters. But as a multiplayer fighter, it doesn't hold up. It's a system that lends itself to easily pulling off the same outrageous moves over and over, not one that emphasizes tactics and strategy. Defeating characters with these limited repertoires of moves is satisfying when there are motivations to do so provided by the story. But as incredible as these fights may look, their shallowness quickly makes them unsatisfying when played competitively against other players. The introduction of online support is still a welcome one for the Ultimate Ninja Storm series, and Naruto fans will have a bit of fun pitting their favorite characters against each other. But this is no substitute for a proper fighting game.

Through it all, though, the visuals never cease to impress. Like its predecessor, Ultimate Ninja Storm 2 has vibrant colors and silky-smooth animation that capture the look of the anime with breathtaking accuracy. The bridges, streets, and shops of Hidden Leaf Village and the other areas you visit have a painterly quality that elevates them above the appealingly cartoony visuals of a typical cel-shaded game to create something truly beautiful. The sound is terrific, too. The voice cast delivers performances filled with the heightened emotions you'd expect from a saga about powerful ninjas locked in a struggle between good and evil, without going overboard and making the material seem goofy. The score sets just the right tone for this tale; melancholy piano melodies and haunting flutes accompany the story's more serious moments, but the music shifts into high gear once the fists start flying.

Ultimate Ninja Storm 2 delivers a well-told and memorable tale that does right by the characters and locations of the popular anime and is peppered throughout with some stunning moments that make you feel like tremendously powerful forces are at work here. Unfortunately, those great moments are separated by a whole lot of forgettable traveling back and forth through a world that looks gorgeous but that you can't interact with in any interesting ways, and although the fighting system works well enough in the context of the story, it doesn't have the depth necessary to stand on its own for very long. But the good moments are good enough to make up for the game's shortcomings, and you'll remember the intensity of those epic battles long after the tedium of what's in between has faded from memory. 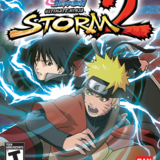