Naruto's latest outing is yet another simplistic, mediocre brawler.

The Naruto series is enormously popular worldwide. Given that, it's no surprise that fans of the spiky-haired blonde ninja-in-training would love the chance to actually play him in a video game. Unfortunately the history of Naruto games is one that consists primarily of a string of mediocre-at best titles. Still, hope springs eternal and with each new Naruto game released, there's always the chance that this one will be that ultimate Naruto game that you've been waiting for. Alas, Naruto fans will have to keep waiting because Naruto Shippuden: Legends: Akatusuki Rising, the latest in the series, is yet another sub-par brawler that seems to re-tread the same ground with similarly pedestrian results.

The "haven't we been here before?" quality begins with the game's storyline. It follows the Kazakage Retrieval story arc in which Naruto returns to his village after a few years absence to meet up with his teacher and some old friends. Of course, it wouldn't be a day in the life of Naruto if something horrible didn't happen so that Naruto and his pals could bust out their cool ninja moves. Sure enough, when a couple of Akatsuki's followers manage to capture Naruto's friend Gaara, it's up to Naruto and his friends to rescue Gaara. If this sounds familiar, it's because it is familiar. It's pretty much the same story arc featured in Ultimate Ninja 4: Naruto Shippuden. Fans of that game who are hoping for a different perspective on the Naruto story based on the title (perhaps delving into the history and rise of the popular Akatsuki villains) will actually get a bit of fan service through the Akatsuki mode. This mode allows you to play as the bad guys capturing Sand Village and is a nice addition to the game. Unfortunately, you'll have to trudge through the same old repetitive story to get to it and the actual mode isn't that long.

The heart of the game takes place in the Scenario mode, which is a linear series of missions that follows the storyline of the show. As you complete missions in this mode, you'll unlock others things to do. These include the Mission mode where you can go on stand-alone missions that are rated in terms of difficulty to help the citizens of Leaf Village and the Survival mode where you'll have to defeat a certain number of enemies. Items, skill scrolls, and money acquired in these missions can also be used in the games store to kit out the many unlockable ninjas you can use. This level of customization and unlockable content is one of the game's biggest strengths. Put simply, there's a lot of game in here, and if you're a completionist looking for the kind of game where there's always another glittering prize on the horizon, Akatsuki Rising has you covered.

Unfortunately, getting there means that you'll have to slog through acres and acres of mindless button-mashing beat-'em-up combat. The key difference between Akatsuki Rising and previous Naruto games is that combat has been made a bit simpler by putting all attacks and counters on one button: the square. Most of the game is spent mashing that single button and repeatedly throwing the same combo on a mindless group of enemies. Counters are performed by pressing any button when being struck by an enemy, which means you'll often counter without realizing it. This can mess up your combo if you are struck by another opponent, and your target lock will switch away from the opponent you were attacking. Given the clunky method for switching between target-locked opponents and the occasionally wacky camera, it can make fighting against groups harder than necessary. That's somewhat ironic considering the simplicity of actual one-on-one fighting. The result is a system that starts out modestly enjoyable but eventually grows weirdly dull and frustrating at the same time.

Artistically, the game is all over the map. The sound is excellent. The music is the licensed soundtrack from the Naruto anime series and is used very effectively to punctuate the action. The character voice-overs are well done, which is an especially impressive feat considering how many untranslated Japanese terms the English voice cast had to incorporate into the dialogue. Graphically, however, the game could use some work. The characters and enemies translate well into 3D-animated models, but the environments they're traipsing through are the kind of blocky, flat, low-poly worlds that wouldn't be acceptable in a PlayStation 2 game. Landscape colors seem oddly muted and the level design apparently draws its inspiration from the square corridors of the original Doom base on Mars.

In the end, the biggest sin Naruto Shippuden: Legends: Akatsuki Rising commits isn't that it's a particularly bad game. If all you're looking for is some mindless button mashing and lots of unlockables to hunt down, this game will do well enough. The worst thing about Akatsuki Rising is that it's the same mediocre game Naruto fans have been playing in every one of the roughly 16 million Naruto games that have been released. There have certainly been exceptions (Ultimate Ninja Storm comes to mind), but Akatusuki Rising isn't one of them, and it seems like the Naruto faithful deserve better than this one. 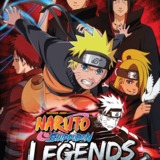 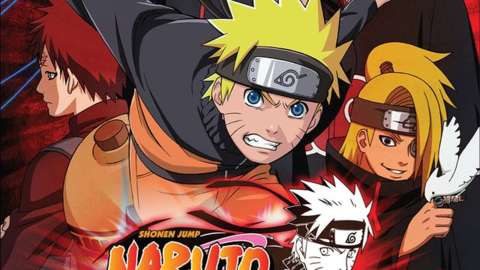 Take Naruto's largest adventure to date in the palm of your hands in Naruto Shippuden: Legends: Akatsuki Rising.