Naruto: Rise of a Ninja Review

Despite certain underdeveloped elements, this is the most ambitious and accessible Naruto game yet.

For the number of games based on the wildly popular Naruto anime and manga series over the past few years, none have made much of a concerted effort to appeal to players outside of the admittedly large and well-established fan base, particularly to potential fans in the US. Given that most Naruto games rely on somewhat threadbare genre staples such as one-on-one fighters and beat-'em-ups, there has been for the most part little appeal outside of the license. Ubisoft's Naruto: Rise of a Ninja for the Xbox 360 distinguishes itself from its predecessors in a number of ways. It's the first Naruto game developed outside of Japan, and it attempts to approach the source material in a way that would make it digestible for Naruto neophytes. Rise of a Ninja also aims for a much larger scope, with a detailed realization of Naruto's hometown of Konoha and a number of distinct gameplay elements. As much fun as it is to use Naruto's developing ninja abilities to explore the city, the game spreads itself a little thin in parts.

If this really is your first exposure to Naruto, don't worry. Rise of a Ninja wisely starts at the very beginning, jumping right into a crazy world of magical ninjas to establish young Naruto's fate as the vessel for a nine-tailed fox demon. The story in Rise of a Ninja is based on the US version of the Naruto anime series, and it covers the events that take place over the course of the first 80 episodes, from Naruto's initial graduation from the ninja academy through the end of the Chunin exams. Granted, it's a highly abridged version, but for most of the story it does a smart job of providing enough exposition that you needn't have watched all 80 episodes to follow what's going on. However, at a certain point during the Chunin exams, it kind of falls apart; characters appear without much explanation and disappear just as quickly.

To tell the story, the game relies almost entirely on actual clips from the show, which look sharp and lend the game a certain air of authenticity. Nevertheless, the transitions between the 3D game engine and the 2D animated cutscenes can be jarring, and the emotive and dynamic qualities of the 2D animation really put into stark relief how stiff the in-engine dialog sequences look. The biggest knock against the narrative is its relative brevity. For a story that took nearly 30 hours of TV time to tell, you can burn through the main story elements in Rise of a Ninja in less than 6 hours. It ultimately doesn't feel as epic as it ought to, despite all the changes that Naruto goes through.

At the start of the game, Naruto handles like a pretty standard third-person platforming hero, though he gains a number of unique abilities, including the ability to double jump and sprint at high speeds. Two major concepts in Naruto are chakra, a kind of ninja-magic-life-force-energy-thing, and jutsu, which are special abilities that ninjas can activate by tapping into their chakra with a series of intricate hand gestures. There are three significant types of jutsu that Naruto learns over the course of the game--shadow clone jutsu, sexy jutsu, and chakra concentration--which you'll activate by holding the left trigger and inputting a series of commands with both analog sticks. It's a system that doesn't get too complicated, but it does a fantastic job of evoking the jutsu hand gestures. Shadow clone jutsu is good for busting down barriers that block your path, whereas sexy jutsu can debilitate certain pervy characters you encounter. Chakra concentration is probably the most useful jutsu because it can be used to run straight up walls (giving you access to otherwise unreachable areas), and later on, letting you walk on water.

You'll spend the majority of your time in Naruto: Rise of a Ninja within the city of Konoha, which serves both as a hub for taking on missions, as well as a bit of a playground for Naruto. Konoha is, without question, the single most impressive aspect of the game. The city is large and has a very organic feel to it, with lots of narrow alleyways, serpentine paths, and multiple levels of rooftops to traverse. Although all of the characters in Rise of a Ninja are cel-shaded, the environments aim for a greater level of realism and more muted colors, which creates a contrast that ably recalls the feel of the source material. Save for the dialogue sequences, which are plagued by a lack of fine-character details such as mouths that animate along with the dialogue, this is generally a really sharp and stylish-looking game.

The game encourages exploration of Konoha through a number of different ways. You'll find coins hidden throughout that can be used to purchase various character upgrades for shops in town. There are also a number of missions you can take on outside of the main story that you'll pick up from different characters scattered throughout Konoha. You'll deliver hot ramen to hungry customers, play hide-and-seek with young Konohamaru, and take on a series of checkpoint races. Though these side missions certainly become more challenging as the game progresses, there aren't really that many different types of activities, and the activities themselves don't really change.

As organic as Konoha feels, that feeling quickly dissipates whenever you venture outside the city walls. You'll head to bandit hideouts, ancient temples, boggy swamps, and a fogged-in, half-finished bridge, all of which feature narrow paths and obstructions that make them feel more like obstacle courses than actual places. Furthermore, the mission structures are such that you'll end up running through these same stretches over and over again. There are a few locations that require you to travel there by leaping across a series of tree branches while trying to avoid projectiles and obstacles. There's kind of a rhythmic element to this, given that you have to tap the A button as you approach each branch to charge up your next jump; a series of clean jumps will send you flying up to a higher level of tree branches, where the timing is more challenging but you reach your destination more quickly. It's a cool concept that doesn't take long to master, but once you've got the rhythms down and learn how to anticipate your next jump, it loses much of its charm.

Most of the game plays from a standard third-person perspective, but whenever the situation calls for you to fight an opponent, Rise of a Ninja cuts away to a straight-up fighting game. The action here tends to favor familiarity and simplicity, though the way your jutsu abilities can be used during a fight creates a unique dynamic. It takes time to charge up your jutsu, and your enemy can cancel out the process with an attack, which makes it all but necessary for you to knock your opponent to the ground to buy the time you need to trigger your jutsu. Although you can use all three types of jutsu in combat, the shadow clone jutsu is the only one that's directly offensive, a fact that makes it a fixture of virtually every fight. Once activated, the shadow clone jutsu turns into a kind of minigame where you hit a series of face buttons at the start of the attack, and then repeat that sequence at specific points during its execution. It's a pretty awesome process to watch, with multiple power levels that produce lengthier, more damaging attacks, though you'll do it so often that you'll end up seeing the same animation sequences repeatedly.

You'll do plenty of fighting in Rise of a Ninja, occasionally against significant characters from the show. However, more often than not you'll be fighting the same handful of nameless bandits and ninjas that occupy the areas outside Konoha, which isn't nearly as much fun. This fighting-game core is the basis for the multiplayer modes in Rise of a Ninja, and the combat is more engaging in this context. You can play as 10 other major characters, each with unique fighting styles and jutsu abilities, which in turn come with their own unique minigame processes. You can play against the game or another live opponent locally, and there's also Xbox Live support. In addition to a standard quick match, the online mode features an interesting ranked-match tournament called the Forest of Death Exam. Here, you have to fight your way through a series of live opponents, and you complete the exam when you're able to win six fights in a row.

Just about everything you do in Rise of a Ninja is pretty cool for a while, and the game's rendition of Konoha is downright impressive, but many of the secondary gameplay elements could've stood to be more fleshed-out. Still, Rise of a Ninja is a no-brainer for fans, and its relatively unique blend of open-world exploration, platforming, and fighting-game mechanics will lend it a certain appeal to Naruto first-timers as well. 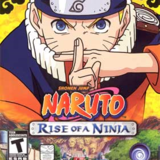