Naruto: Path of the Ninja Review

Path of the Ninja is formulaic, repetitive, and barely more than a touched-up Game Boy Advance game, but it's not an awful choice if you're a hardcore Naruto fan.

Though the following for the Naruto cartoon and comic series has been steadily growing in English-speaking countries for a few years now, video games based on the popular franchise have been slow to arrive on portable game systems. A good case in point is Naruto: Path of the Ninja. This role-playing adventure based on the first half of the Naruto saga was released for the Game Boy Advance in Japan way back in 2004. Now, some three years later, D3 Publisher has finally brought the game to our shores, only we're getting it on a Nintendo DS cartridge with a few trivial touch-screen features added in.

If you've watched any of the animated episodes or have been reading the comics, you're already familiar with much of what happens in Path of the Ninja. When the game opens, Naruto, Sasuke, and Sakura have just finished their training at the Ninja Academy. As full-fledged, albeit lower-level, ninjas they now have to go out and perform missions to earn their keep. In the comics and cartoons, these missions send Naruto and his friends through the five lands of the world and ultimately put them up against some deliciously evil ninja villains. The game is organized in similar fashion, except that you have to do a great deal of role-playing-game-style item collecting and experience leveling in the meantime.

As role-playing games go, Naruto: Path of the Ninja doesn't stray too far from the Final Fantasy blueprint. In villages, you talk to people, buy and sell items, and receive missions. When you're walking through the forests, swamps, and deserts between towns, you frequently participate in turn-based battles against random enemies and scripted villains. These battles reward you with experience, gold, and items that you can use to outfit your characters and augment their abilities, along with the occasional chunk of dialogue that helps to move the story along. All of the usual RPG "stuff" is here. During battle, your party members trade turns with the CPU's party members. You pick a command (attack, defend, use item, use jutsu magic, or flee), and the command plays out. Then, your opponent picks a command, and so on, until one side is eliminated. Magic uses mana, or chakra energy, as it does in every role-playing game, and all of the jutsu magic attacks function pretty much like the fire, wind, lightning, and other stereotypical attacks you've seen in other RPGs over the years.

In battle, you can change the formation of your party members to enhance their defense or strength as a group. You can also perform team jutsu attacks, provided you've taken the time to bribe Naruto's friends with candy, sushi, and ramen during your travels. Those little wrinkles are nice, but they don't bring much strategy to the battlefield. If you've spent a ton of time in the wild leveling up your characters, your attacks will be strong, and you'll win. If you haven't, you'll lose, and you'll need to fight some lesser baddies to build your stats first. Either way, you'll participate in thousands of repetitive turn-based battles during the 20 hours or so that the game lasts. As for the story itself, the missions tell you where to go and guide you through each section of the world in order. There isn't much reason to stray from the "path," though you can add some spice to the overall quest by checking previously visited areas for special scrolls, which unlock secret characters and rare jutsu magic.

Suffice it to say, people who have played dozens of role-playing games over the years will be probably be bored by Naruto: Path of the Ninja, because it is repetitive and brings absolutely nothing new to the table. However, that doesn't mean Naruto fans won't have a good time. All of the characters, story scenes, attacks, and magic abilities depicted in the game have been ripped right out of the Naruto comics and cartoons. The towns recreate numerous locations and scenery features that fans will recognize, and you'll constantly find yourself running into secondary characters that make in-jokes referencing events that happened all the way up to the beginning of the Shippuden story arc.

Generally speaking, the characters look and sound like they're supposed to. The audio is understated, but the music has a pleasant Asian flavor about it, and there are plenty of recorded voice comments sprinkled in for good measure. The hand-drawn cutaways used for jutsu attacks and dialogue scenes are also very stylish. Unfortunately, on a technical level, the graphics fall short of what we've come to expect on the Nintendo DS. The characters are tiny, their animations are simplistic, and there's hardly anything moving in the top-view backgrounds. To make a long story short: The developers ported the game from the Game Boy Advance to the Nintendo DS and didn't bother to improve the animations or add life to the backgrounds.

About the only obvious upgrade the game received in its transition from the GBA to the DS was the implementation of touch-screen support. You can use the stylus to guide Naruto's movements in the world and to select menu options. There's also a scribbling minigame that appears when you cast certain jutsu magic abilities. You must scribble fast or draw specific shapes to increase the damage output of the attack you've chosen. The characters on the show have to make hand signs to use their magic, so it's kind of neat that you have to do something similar in the DS game to be more effective.

Naruto: Path of the Ninja isn't something that diehard RPG nuts will enjoy. It's formulaic, it's repetitive, and it's technically a GBA game running on the DS. However, it still manages to deliver enough of the franchise's atmosphere that fans who have been waiting forever to finally be able to play through the story on the go will probably feel like they got their money's worth out of it. 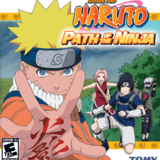 Naruto: Path of the Ninja
Follow
$19.99 on Walmart
Buy 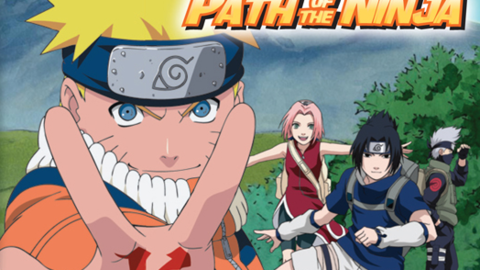 Naruto: Path of the Ninja

Naruto takes a different path with this RPG, set to feature a time-based combat system.

7.7
Sign In to rate Naruto: Path of the Ninja