The Clash of Ninja games haven't been great, and Revolution isn't much more than a thin coat of paint on the same old game.

Naruto: Clash of Ninja Revolution is an anime-based fighting game with a backstory that's more interesting than the game itself. The game was released earlier this year in Japan as Naruto Shippūden: Gekitou Ninja Taisen EX, which featured the teenage versions of the Naruto characters, as seen in the Naruto Shippūden anime series currently running in Japan. Since Shippūden hasn't made it to the US yet, publisher D3 chose to gut all of the older characters, along with the main storyline, and replace them with the younger versions that American audiences would be familiar with, and a story to go along with it. It's a move that makes a certain amount of sense, except that the result is a game that, aside from some remote-waggling control options, is nearly identical to the Clash of Ninja games that previously appeared on the GameCube. Those games were already fluffy pieces of fan service that were liberal about recycling content, and Clash of Ninja Revolution ends up all the more inessential for it.

Keeping with series standards, the action in Revolution is fast and simple, though still fairly evocative of the confrontations you might actually see in Naruto. You've got a strong and a weak attack that you can mix up for attack combos, and you can perform a basic throw. Incoming attacks can be blocked or dodged, and a well-timed dodge will trigger your substitution jutsu, which causes you to immediately appear on the other side of your opponent, giving you the drop on them. You'll build up chakra--the magical ninja energy that powers the fighters in the world of Naruto--as you both give and receive damage, and once you build up enough chakra, you can unleash one of your character's special jutsu attacks--big, cinematic attacks that usually shave off a good portion of your opponent's health.

This is how the other Clash of Ninja games handled, though Revolution tweaks the formula in a few ways. You'll find that there are objects like rocks and wooden crates in the arenas that you can hide behind, though their refuge is temporary, as they only take a few hits to demolish. The arenas are multilevel, kind of like in the Dead or Alive games, where you can knock a player out of the starting arena and into a new one. As you travel between arenas, the attacker can choose to squeeze in a quick attack during the transition, or move ahead of the other player. But, if the other player can predict which choice the attacker is going to make, they can cancel out the attacker's move. With only two options it's about as strategic as a coin flip, but it does help make the fights more dynamic.

There are 20 different characters in Clash of Ninja Revolution that you can unlock and play with, which is coincidental, as that's how many different control schemes there are to choose from. OK, that's a bit of hyperbole, but with five different control schemes, there are still a lot to choose from. The default controls use the Wii Remote and the Nunchuk and have you waggling the control to perform weak attacks, and pressing the A button for strong attacks. There's also an alternate control scheme for the remote-and-nunchuk setup. The big difference is that rather than waggling the remote, you press down on the D pad to perform weak attacks. When you're playing with either of these control schemes, there's a little interactivity during your jutsu attacks. You'll be prompted at specific points to move the nunchuk and/or the remote in a specific fashion, and if done correctly your jutsu attack will do more damage. That the defending player can't do anything here to mitigate damage makes this system unbalanced, and with the little diagrams it's not always clear what kind of gesture you're being prompted for.

If you're short on Nunchuks, the game can be played with just the Wii Remote held sideways, which works surprisingly well, and the game also supports the Classic Controller and the GameCube controller. Giving all of these control options seems like a friendly gesture, but the fact of the matter is that most of them feel awkward and compromised, requiring you to do some odd finger-wrangling at one point or another. That the GameCube controller is probably the ideal way to play Clash of Ninja Revolution is telling.

The gameplay modes offered in Naruto: Clash of Ninja Revolution cover the basics, and not much more. There are training, time attack, survival, and versus modes, none of which have any real surprises to offer. There's a mission mode that starts off right around the time the Chunin Exams end in the standard Naruto storyline. The story hits the ground running, though Naruto fans will pick up the plot pretty quick. Not that the game puts much care into the story, which is relayed through quick bits of dialogue and still images between fights. You'll actually spend a good deal of time in the story mode playing as characters other than Naruto, and your objectives are often more specific than just beating your opponent, providing a little bit of variety. Unfortunately, your objectives can be rather ambiguous, leaving you to try to interpret just what you're supposed to be doing. Having to play the same fight repeatedly because you didn't beat your opponent the right way--a way that the game is unclear about--can be extremely frustrating.

In its translation from Japan to the US, Naruto: Clash of Ninja Revolution has had all of its potentially unique characteristics sanded down smooth, leaving a game that is more reminiscent of its predecessors than it should be. The Wii controls are sloppy and awkward, the gameplay modes are determinedly pedestrian, and it doesn't look markedly better than its GameCube predecessors. Simply put, the only way to really enjoy Clash of Ninja Revolution is with low expectations. 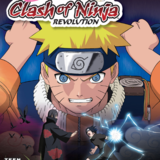 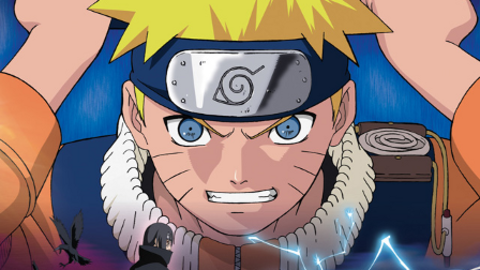 Naruto: Clash of Ninja Revolution takes advantage of the Wii Remote for fast-paced ninja action for up to four players in nine different gameplay modes.

7.8
Sign In to rate Naruto: Clash of Ninja Revolution