NARC is short, rife with bugs, and basically not a lot of fun to play.

Midway's classic side-scrolling shooter, NARC, was a real one-of-a-kind game when it hit arcades in 1988. And really, it's remained unrivaled in its ability to have it both ways. As a pair of hyper-badass Jerry Bruckheimer-style narcotics agents, you would use a fascistic level of force against any and all involved in the drug trade, including dealers, junkies, and prostitute-killing clowns--you know, everyone. It was a giddily surreal take on Nancy Reagan's "Just Say No" mantra, and its absurd violence arguably paved the way for games like Mortal Kombat. All this manic fun is completely absent in Midway's modern remake of NARC, which comes off as a halfhearted third-person action game barely worth its budget price.

Though you're still out to bust up the bad guys, the brightly lit setting of the original NARC has been traded in for a darker, seedier attitude and more backstory. And it's fairly obvious the designers had their eyes on Grand Theft Auto the entire time. The game aims for the same moral ambiguity that will cause players to explore the finer interactions between pedestrians and baseball bats in Rockstar's criminal action series, but NARC doesn't have the actual goods to back it up.

The idea is that you can be a good cop or a bad cop, but it doesn't really work out that way. Alternating between two different cops (who play identically), you go on a series of missions to bring down a drug cartel, which usually involves shooting lots of bad guys or making sure specific good guys don't get shot. Along the way, you'll pick up an assortment of street party favors, including weapons, cash, and, of course, a whole galaxy of multicolored uppers, downers, laughers, and screamers. The good cop will turn in all the evidence, ensure the public safety, protect, serve, and all that. Meanwhile, the bad cop will add weapons to his personal arsenal and will either sell or use the drugs he confiscates.

Drug use is a central theme in the game, and the idea is that using drugs will give you an edge...but at the price of addiction. In a rather grotesque take on substance addiction, the game treats drugs like power-ups. Marijuana will slow down time but allows you to aim in real time, à la Max Payne. (Incidentally, NARC also makes Cypress Hill's "Hits From the Bong" or The Stranglers' "Golden Brown" play in your head while you're stoned.) LSD gives all pedestrians gigantic bobbleheads and makes the "bad guys" easily identifiable by giving them devil heads. The most beneficial, and thus, most addictive of the drugs is the fictional "Liquid Soul," which is basically like the super star for Mario, making you invincible and making all your attacks extremely potent. It's novel to check out the effects of the different drugs a few times, but their already-limited usefulness is hampered by a tedious inventory system that makes it unnecessarily difficult to go from using drugs to using guns.

Any of your illicit behavior will affect your "badge rating," and when your badge rating falls far enough, you'll be suspended and won't be able to take on more missions until you set yourself straight. The real rub here is that there's really little motivation to be a good cop. If you get hooked on dope, an easily acquired pill will free you of any monkeys that might be on your back. And if your badge rating gets too low, it only takes busting a couple of drug dealers, hookers, taggers, or muggers to get back into the chief's good graces. The process of identifying perps is pretty easy, especially for the street dealers, who are marked with the icons of the drug they're selling. However, the actual process of arresting them is needlessly contrived and convoluted, with a lot of button mashing and swinging power meters. It feels more like you're playing a golf game than a gritty crime game.

There's definitely the promise of an open-ended "sandbox" experience in NARC, but frankly, there's not enough to do when you don't have a specific mission objective to attend to. You can bust perps or try to sell drugs to random pedestrians, but there's no depth beyond that. The urban sprawl doesn't really sprawl that far, and the clunkiness of the controls keeps the actual action from being reason enough to play. The pedestrians are all pretty stupid and are, for the most part, content with milling about aimlessly while occasionally being victimized by criminals.

All this is rendered with Vis Entertainment's aging State of Emergency engine, which was last seen powering the also-budget-priced Evil Dead: A Fistful of Boomstick. The attraction of this engine was originally its ability to render State of Emergency's teeming crowds of rioters, favoring a volume of motion over the finer details of polygon counts or texture resolutions. NARC doesn't benefit from there constantly being a riot, so all you really get out of it is a lot of flat, dull-looking environments, simple and repetitive character designs, and lots of darkness. Did we mention that it's always nighttime? This is indicative of the exceedingly overbearing "edginess" of the game. Plus it lets the edges of your vision safely fade away, rather than doing it in the daylight, where it would look like wicked-bad pop-up. Neither the Xbox nor the PlayStation 2 versions of NARC take advantage of the power of these consoles, though the Xbox version predictably looks just a little bit better, with slightly shorter load times and less slowdown. There are other small, subtle presentation features found in the Xbox version that just aren't there on the PlayStation 2.

The closest NARC comes to redemption is in its sound design...or more specifically, in its soundtrack. The environmental sounds are dreary, and the voice acting performances from Bill Bellamy (Def Jam's How to Be a Player), Michael Madsen (Free Willy), and Ron Perlman (Police Academy: Mission to Moscow) are uniformly phoned-in and mismatched. There are also some fantastic sound bugs that will cause the game to start shrieking like it was junk sick. Anyways, back to the soundtrack. Along with a good half-dozen rap tracks produced specifically for the game (you can tell they're for the game because the words "narc" and "Midway" are featured a lot in them), you'll hear some good drug-themed licensed music, like Grandmaster Flash & Melle Mel's "White Lines" and Curtis Mayfield's "Pusherman." These quality tracks, which go far in giving the game's attitude some actual credence, are just not enough.

If you strip away the patently silly drug effects and the forced attitude, NARC is an unimpressive mission-based third-person action game. It's also short, rife with bugs, and basically not a lot of fun to play. That it carries the same name as an enjoyable and knowingly bizarre arcade classic is downright misleading and can only lead to disappointment. The best way to avoid that disappointment is to listen to Mrs. Reagan. Just say no. 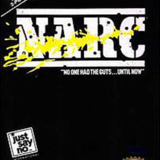 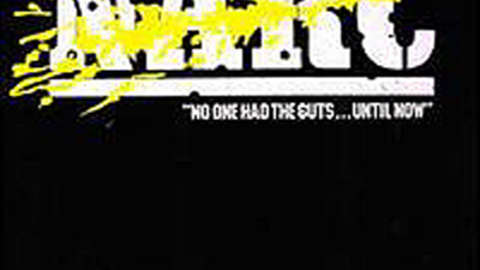 A routine stop for a traffic violation turns into a bloodbath as a drug dealer kills eight police officers. The DEA sends Detectives Jack Forzenski and Marcus Hill to help investigate a new mystery drug and to untangle a web of lies, betrayals, secrets, and temptations.