Namco Museum is an impressive collection of classics that span the entire history of arcade gaming.

Although Namco Museum Virtual Arcade on the Xbox 360 may not blow value-conscious minds the way The Orange Box did last year, this title includes some fantastic games for a modest entry fee. The Xbox Live Arcade games are the central draw, but some of the classic games that round out the collection are impressive enough in their own right.

There is a litany of Pac-Man inside, including Pac-Man, Ms. Pac-Man, and a full version of 2007's addictive Pac-Man Championship Edition. Pac&Pal and Super Pac-Man join two 3D Pac-Man games, Pac-Mania and Pac-Man Arrangement, in filling out the circle of the yellow protagonist's games. Pac-Mania is still a not-so-impressive faux-3D entry from the late '80s, whereas Pac-Man Arrangement is a fully 3D redux of the original Pac-Man game. Both games are novel for the first level or so, but fail to amount to anything beyond more Pac-Man. Super Pac-Man is hands-down the best of the retro Pac-games included in the Pac-section. You start with pellets walled off behind closed doors. You must first eat keys to open gates and then devour the red pellets hiding inside. The ghosts return to chase you around, but because you can grow in size it becomes more and more difficult to evade your pursuers. This makes the whole experience more challenging and enjoyable. Pac&Pal is a less-than-novel return of the Super Pac-Man gameplay. It is differentiated by the addition of a similarly nondescript green friend who wanders the levels and picks up items. The gameplay is slower and the pal is not much of a helper.

If you tire of gobbling up pellets with the artist-formerly-known-as Puck-Man, the full Xbox Live Arcade versions of Galaga and Galaga Legions are included. Anybody who has yet to face the waves of pattern-approaching enemies is almost sure to enjoy tearing through Galaga Legions' five levels. Sure, it's punishing, but within the portfolio of Galaga games on this one disc, you can see what an impressive evolution the game series has undergone during its more than 20-year span. Galaga '88 added colorful new enemies, vibrant backgrounds, and the opportunity to start the game with two ships instead of one. This Galaga Arrangement is clearly the missing link between '88 and Legions. It has large bug bosses, increasingly challenging waves of enemies, and is segmented into enjoyable, progressive levels.

Xevious is part of the collection, as is the classic Dig Dug. When played alongside the included Rally X, New Rally-X shows how relatively indistinguishable the two are. Finally, Mr. Driller Online returns with a functioning online mode. The games formerly released on Xbox Live are playable only via the Xbox Live Arcade section of your dashboard (as long as the disc is inserted). It isn't much of an inconvenience, but it does become tiresome to navigate in and out of menus to work your way around to the games you want to play. The versions included on this disc are fully compatible online (where applicable).

Of the classic arcade games included, two dominate the pack: Dragon Spirit and Rolling Thunder. Dragon Spirit is a top-down shooter in which you play as a dragon breathing fire on flying foes or bombing ground-based targets like in Xevious. You can grab power-ups to grow additional heads or give your breath more heat. Rolling Thunder is a secret-agent side-scroller that pits you against an unending host of hooded enemies and cackling aliens. You must jump between floors and duck into doors to replenish ammo and discover new weapons so you can defeat the secret organization bent on world domination. This game combines '80s action-movie sensibilities with a '70s-inspired soundtrack that ensures this caper never gets old.

The rest of the games are more of uneven in terms of quality. Grobda, a top-down tank shooter, is quick, vibrant, and feels like an exciting mix of Time Pilot and the tank minigame from Tron. Other shooters such as Baraduke, Bosconian, Sky Kid, and Sky Kid Deluxe don't offer as much entertainment. Pole Position and Pole Position II are brought out of the garage, but dated racing games aren't very exciting, so it's unlikely that anybody will be compelled to take them out for a spin. Galaxian, the Space Invaders-like cousin of Galaga, is also included. What is left is a few mediocre platformers such as Mappy, Metro-Cross, and two modest fantasy RPGs, The Tower of Druaga and Dragon Buster. Fans of the pin-battle minigame from The World Ends With You are likely to recognize Motos, but unlikely to care about knocking bland shapes off of a tiled board. Finally, King & Balloon, Dig Dug II, and Dig Dug Arrangement complete the retro museum menu.

The price of Namco Museum Virtual Arcade is significantly less than the price of admission for the component Live Arcade games. Although most players are likely to already have one or more of the included games, many of the scores of other games are just as enjoyable now as they were back in the day. Despite reduced resolutions of some back-catalogue games, there are some superb shooters buried in this uneven collection that are likely to satiate even the most discriminating player. It is those precious few that make this collection so valuable. 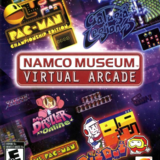 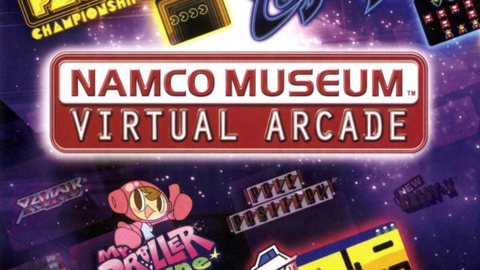