Video games don't usually flex their ability to make you feel unsettled or unwelcome. Sure, games can craft a pretty convincing zombie-infested mansion, and they've got monsters in closets for days, but they rarely aspire to the sort of disorientation found in, say, the pages of Alice in Wonderland. Even the most frightening horror games tend to be marked by the allowances they provide for you. Think Dead Space's handy route finder, or the accommodating logic of puzzle elements in Resident Evil. Scary, yes, but the games are also ergonomic: their spaces feel constructed specifically to be occupied by you.

NaissanceE is not a horror game. Yet the hairs on the back of my neck were at attention for most of the 10 hours I spent in its world. The first-person exploration game by Limasse Five begins with a narrow escape from an implied threat, and though the bulk of the remaining experience involves light platforming and a touch of puzzle-solving, the specter of that early encounter looms large. You're never quite sure that another aggressive encounter isn't imminent, and the Parseltongue whisperings that make up most of the game's early soundtrack don't exactly steady the nerves. But the most foreboding element of NaissanceE is the world itself. Call it the architecture of the unwelcome.

The first level's title pop-up provides what scant exposition is to be found: "Lucy is Lost." Lost within a giant city, or maybe a ship--it's never made clear. Whatever it is, it's stark and alien, black and white and monolithic all over. The majority of NaissanceE’s experience is given to plumbing its depths, simply walking or running about its many tunnels and gangways in search of a way out. The world is mostly composed of simple geometric shapes; if there's a video game equivalent of the bare concrete structures of Brutalist architecture, it's wonderfully realized in NaissanceE. The areas you inhabit run the gamut from cubist caves to massive superstructures. Limasse Five turns these monumental spaces into a ballet of forms; many of the environments wouldn't feel out of place in the opening of 2001: A Space Odyssey, gently spinning along to the strings of "The Blue Danube."

Like in Kubrick's best, there's a persistent, subtly threatening feeling that pervades NaissanceE's environments. For one, it's a terribly lonesome game: the spaces you occupy are almost entirely devoid of life. But the distant lights and empty bedrooms you encounter suggest that you're existing adjacent to some form of society--moving parallel to it perhaps, doomed never to intersect. Then there's the foreign construction of the world itself. Portions of walls are extruded into hallways. Pathways are tucked into corners and secluded sections of rooms, away from the traditional wayfinding landmarks you would expect. There are no railings to be found anywhere. NaissanceE puts its various themes through near-constant variation, meaning there's little time to develop a comfort with any given structure or mechanic. This is a game that has no qualms about leading you onto an infinite staircase in one section, and then setting an obscenely long--but not infinite--staircase in another. The former is enclosed, but the latter has no railings, thus tempting you to leap off to see if that's the true way forward. It isn't, of course. Then in an even later level, it is.

It's as though you have been cast into a giant machine, like something that humans were never intended to tour. Imagine being shrunk down and set inside an alien pocket watch, and perhaps you'll get the picture. NaissanceE's world has an internal logic that appears to accommodate you only by sheer luck. It seems to breathe, too, through the rhythmic pumping of pistons and the sighs of air escaping ventilation shafts. There's even a respiratory quality to the world's oscillations between cramped caves and massive open-air spaces.

Your character breathes too, taking gasps of air with regular clicks of the mouse button in order to sustain a full sprint. It's a strange feature. Bringing the protagonist's ragged breathing to the forefront tips the game's hand: Lucy is going to get chased at some point. But throughout most of the game, this breathing mechanic is just a fussy distraction. Absent this element, the game gives your avatar's body little regard. No hands drift into view when you're running, and nothing's visible when you look down at where your feet might be. It can make for some frustrating platforming when the game requires any sort of precision, as it does during a few ill-conceived sections. In general, though, the sense of disembodiment lends itself well to NaissanceE's overarching themes. The game is, on occasion, almost cruel in the way that it robs you of proper lighting and overwhelms you with discordant music. It's a solid audiovisual approximation of fumbling about in the dark, getting intermittent senses of nearby walls and floors. It's more than disorienting; it's positively unnerving, like charcoal scratchings on the mind of someone in a fever dream. This is a game that comes with serious caveats for those with motion sickness, seizure risks, or vertigo.

You'll hear that NaissanceE is evocative of M.C. Escher's works. The game certainly shares his palette, as well as his penchant for disorientation and illusory staircases, but Escher never feels quite as prominent here as he does in, say, 2013's The Bridge. The developers themselves cite Anouk de Clerq's animated short film Building, and there's at least one direct reference to Tsutomo Nihei's cyberpunk manga Blame!. But the more salient precedent might be Giovanni Battista Piranesi's Carceri prints.

Like those prints, NaissanceE has the ability to convey a larger world than what you're shown. When the game treats you to one of its grand vistas, the stairs and lights you see in the far distance are your eventual destination more often than not. Still, the environment is seeded with other, distant paths that remain forever closed off, giving a pleasant illusion of depth. With all the time you spend in NaissanceE clambering through vents and down cliff faces, when you find yourself stumbling onto more "conventional" pathways, it feels like coincidence. Should you backtrack along these routes, traveling against the grain of intended direction, you'll find that though the paths inevitably dead-end, they're surprisingly detailed. The way forward has you crisscrossing back and forth across any given area's designed track, intersecting with it only by happenstance. NaissanceE's world is an interactive Carceri, powerful beyond description.

Everything comes together in the level "Going Down." The once-claustrophobic architecture plunges away into a massive open shaft. Look down, and you can see your destination, seemingly miles away. The Parseltongue gives way to rich horns and a fuller synthesizer. You clamber down ductwork and ride caterpillar-like assemblages of cubes, going from something resembling an upper residential area down to a foundational support structure beneath. At one point, I slipped while maneuvering for what must have been my hundredth screenshot, and got a preview of the bottom the hard way. It turns out that beneath the foundation there's an entire other district. I careened past its giant buildings, their myriad windows lit by unknown inhabitants. Layers and layers, as far as the eye can see.

View Comments (54)
Back To Top
8
Great
About GameSpot Reviews 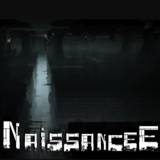 Nick Capozzoli is an architect by trade, which might make him more receptive to NaissanceE than some. For the purposes of this review, he played through the game over the course of approximately 10 hours.