Mystical Ninja is a solid, quirky, and entirely rehashed title that holds its own well against the horde of painful Mario clones.

After four months of delays, Konami has finally shipped Mystical Ninja, the second of Japan's popular Goemon series to reach US shores and the fifth in the series. While a solid game overall, Mystical Ninja will be digital culture shock to the uninitiated, precisely the reason why more Goemon games have not seen the light of day in America. Set in ancient Japan, Mystical Ninja follows the stories of unlikely heroes Goemon and Ebisumaru, two... er, misunderstood fellows who have yet to receive a lick of credit for the previous four times they've saved Japan. In addition to the title characters, lithe swordswoman Yae and the turnip-esque robot Sasuke join the quest. The Peach Mountain Shoguns, a nefarious dance troupe, have remodeled Oedo Castle with the business end of an energy beam. It's up to Goemon and crew to find out why and, of course, stop their evil scheme. Who are these mysterious dancers? What are their true intentions? Why are there robots in ancient Japan? Needless to say, the story is silly and joke-ridden. The game even includes a laugh track, a totally unnecessary "feature" given the large percentage of jokes that either make no sense in their translation or are just plain bad. Mystical Ninja's gameplay borrows heavily from Mario 64 and what we know of Zelda, combining Mario 64's behind-the-back camera work with Zelda's use of items and secrets. You can switch between any of the four characters with the push of a button, and each character has his own tools and abilities at his disposal. Goemon, for example, comes equipped with a bludgeoning pipe and a fistful of coins to throw at enemies. Later in the game, you will be able to charge up coins with holy flames, cross chasms with a grappling pipe, and travel the depths of the sea with Yae's mermaid form. Also similar to Zelda, Yae will get the obligatory transportation flute, allowing you to summon a dragon to chauffeur Goemon and his posse across the eastern skies. Gameplay is more varied than in Mario 64, sporting scrolling isometric stages requiring Goemon to jump over towns in his old-style Japanese mech and even fight a giant sumo robot in a first-person boxing/shooting match. For those familiar with previous Goemon games, much of Mystical Ninja's material is simply a 3D version of previous material. Mystical Ninja maxes out a 128-megabit cartridge, making it the largest game on the N64 to date. As a result, the game sports many more textures than Mario 64, making the game's general visual appeal exceed Mario's. However, the extra textures and enemies can cause the frame rate to plummet in some areas, most often in the outdoor locales. As one might expect, the game uses real-time cinematics. Well-choreographed and animated, they introduce the game's bosses and advance the story nicely, and even provide the game's wacky opening "music video." Yes, music video. A large chunk of Mystical Ninja's extra storage is used to accommodate the large amount of music. From the opening Goemon anthem to the all-too-similar-to-Power-Rangers music as Impact the mech is activated, Mystical Ninja constantly touts the extra space most developers simply cannot afford. The voices are of surprisingly high quality too, unlike the scratchy N64 voice samples. The songs appear in their original Japanese, only now sporting subtitles, and the Japanese intro speech was hacked out and replaced entirely with subtitles. The rest of the game's sound is equally well-developed, fortunately. The twangy, Japanese-themed music is rife with hum potential, and the sound effects are effective and of generally high quality. Mystical Ninja's control is its downfall, however, suffering from many of the problems that plague 3D-bandwagon games. The interface is easy enough to master, but the all-important camera functionality makes Mario 64's flawed camera system seem great by comparison. Additionally, shooting, aiming, and judging distances are all simple matters in 2D, but are entirely different issues in a 3D world, something Mystical Ninja's designers seem to have forgotten in some parts of the game. While these rarely result in death, they do occasionally make for frustrating cheap hits or unnecessary jump repetition. On the plus side, Mystical Ninja does offer map features, making navigation a little easier. Perhaps Mystical Ninja's biggest problem for US gamers is the blinding cultural difference. The game's text is mostly for humorous intent and plot-furthering, but everything from Japanese architecture to religious practices somehow becomes an issue in playing Mystical Ninja. For instance, some players may have difficulty exiting the first room of the game because old-style Japanese doors look like walls to Americans. In addition, stores sell sushi and a variety of other services, robots attack with cherry blossom holograms, and there are other forms of cultural humor that are likely to elude Americans completely. The tremendously mainstream Konami of America has handled the translation surprisingly well, as the game retains the numerous references to sexual orientation without using the regular slang. This preserves the original intent for older gamers and will keep younger gamers in blissful ignorance of this "questionable" material. While the meaning is mostly intact, the text itself has definitely taken a beating, leaving mangled remnants of jokes and a number of logic-confounding sentences. Mystical Ninja is a solid, quirky, and entirely rehashed title that holds its own well against the horde of painful Mario clones. Americans who think that the cultural barrier may be too great may want to opt for a rental first.
View Comments (0) 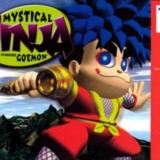